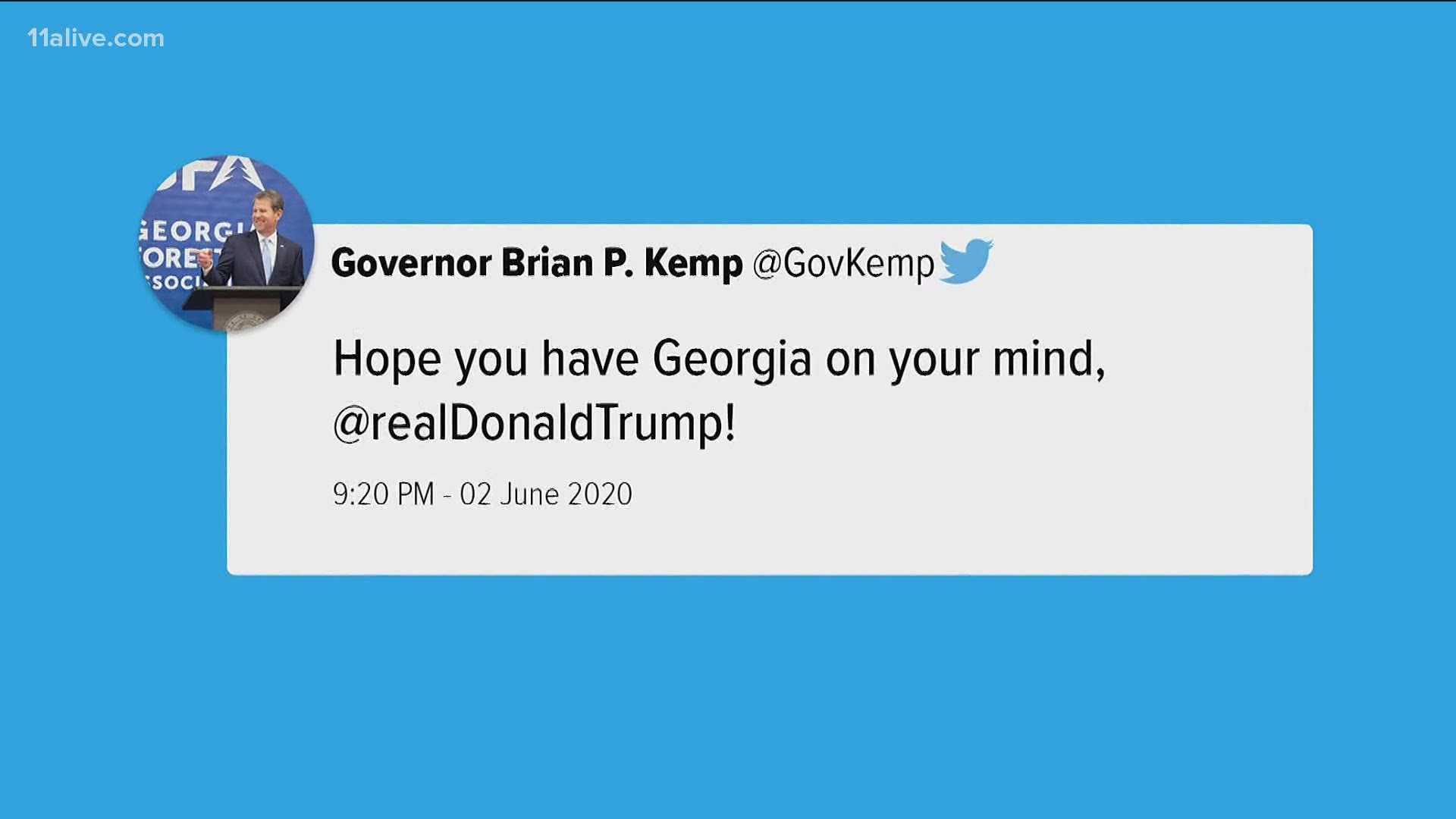 ATLANTA — Georgia Gov. Brian Kemp is once again offering up the state as a potential location to host the Republican National Convention.

"Hope you have Georgia on your mind, @realDonaldTrump!," Kemp tweeted.

Hope you have Georgia on your mind, @realDonaldTrump! https://t.co/4scxDSLOMj

The president said in series of tweets that they have long planned to hold the convention in Charlotte, but claims that "@NC_Governor Roy Cooper and his representatives refuse to guarantee that we can have use of the Spectrum Arena".

Had long planned to have the Republican National Convention in Charlotte, North Carolina, a place I love. Now, @NC_Governor Roy Cooper and his representatives refuse to guarantee that we can have use of the Spectrum Arena - Spend millions of dollars, have everybody arrive, and...

We have been committed to a safe RNC convention in North Carolina and it’s unfortunate they never agreed to scale down and make changes to keep people safe. Protecting public health and safety during this pandemic is a priority.

Kemp said last week that "Georgia would be honored" to host the RNC if the opportunity came up.

The 2020 RNC is officially set to run from Aug. 24-27.The GOP awarded Charlotte the Republican Convention in July of 2018, giving North Carolina more than two years to prepare. Georgia would have only a couple of months to do so if the convention comes to the state.