Support for Congresswoman Marjorie Taylor Greene in her district, despite push for committee oustings

If Greene is removed, she will join this small list of lawmakers, mostly convicted of crimes, removed from their committees 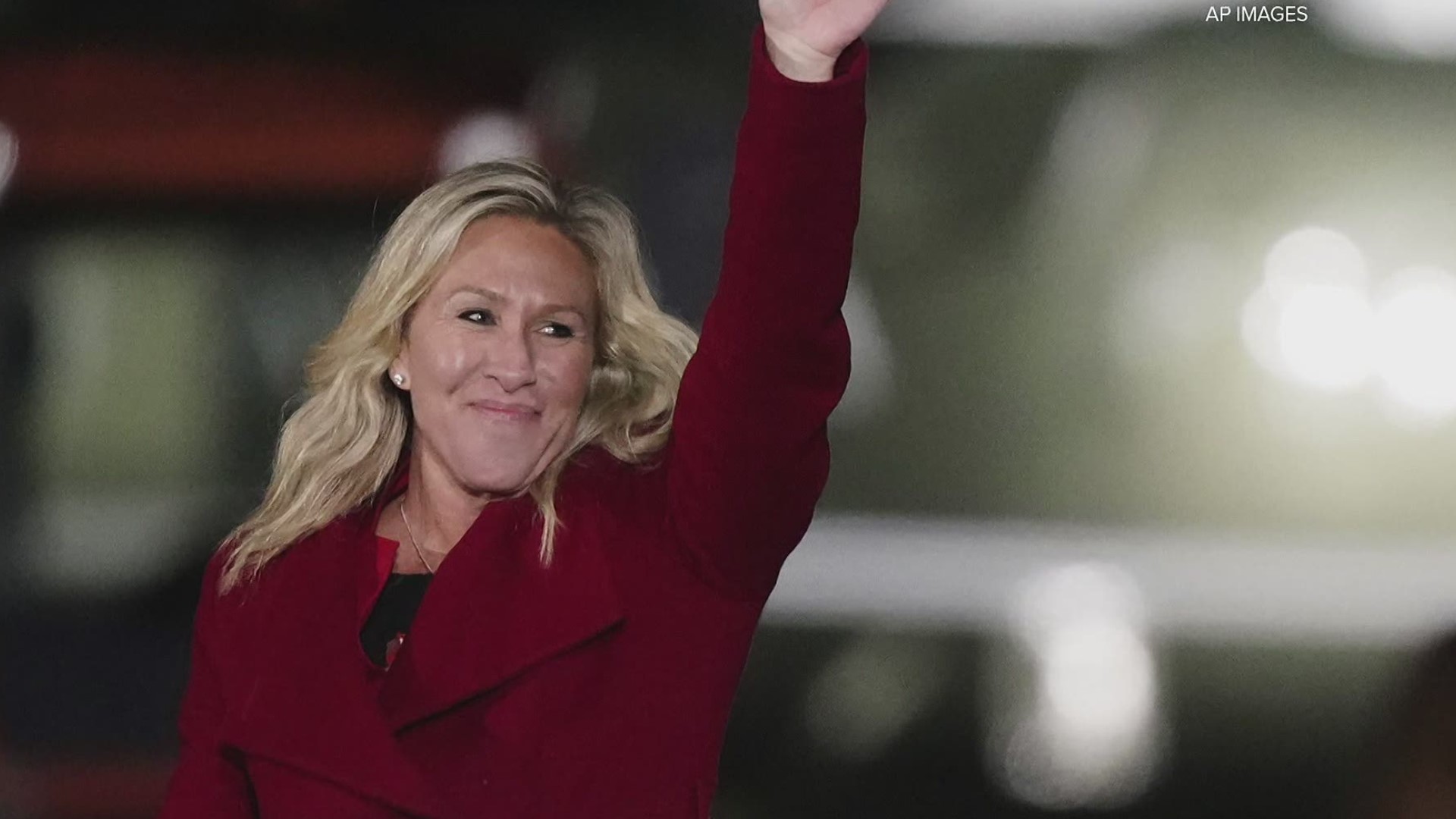 Members of the House will decide if she should be removed from committee assignments for contributing to the spread of conspiracy theories and supporting violence against high-ranking democrats.

There was no resolution on capitol hill Wednesday.

"Marjorie Taylor Greene should be removed from her committee assignments in light of conduct she has exhibited," Rep. Jim McGovern (D-MA) said during the hearing.

Top House Republican leader, Kevin Mccarthy, condemned Greene’s past conspiracy-laden and violent comments but refused to take any action against the freshman congresswoman.

Back home, members of the 14th district, where Greene won by a large margin in November after her opponent dropped out of the race, pledged their support for her, even writing a letter to Mccarthy to encourage him to keep Greene on her committees.

If Greene is removed, she will join this small list of lawmakers - mostly convicted of crimes - removed from their committees. Most recently, Congressman Steve King (R) of Iowa was booted from his committees for comments about white supremacy. Laura Gargis believes the same should happen to Greene.

Gargis is in the minority in a district known for being conservative. Those unlike her feel Greene's past should be her past, and that the voters should decide her future.

"She’s only been in Congress a month. She’s basically being punished for things she said quite some time ago," said Luke Martin, Floyd County Republican Party Chairman. "Just give her a chance in congress and see how it works out."

Greene's supporters are divided in one area - if she should apologize for her past comments. So far, Greene has said she is not apologizing, but some supporters feel she owes her district some kind of explanation.