Sen. Adam Schiff played a video clip of an interview with McCain to show how diplomatic and military aid to Ukraine is vital to national security.

Friday was the final day for House managers to make their case against President Trump. The presentation that day showed how Trump obstructed the House investigation into the Ukraine matter.

"One American, a war hero and statesman who was no stranger to this body, recognized the threat posed by Russia’s invasion of Crimea, Sen. John McCain," Schiff said.

He then played a clip of an interview with McCain on Bloomberg news, in which McCain talked about how a "success in Ukraine" would undermine Russian influence.

"And suppose Ukraine finally, after failing in 2004, gets it right – democracy, gets rid of corruption, economy’s really improving – and it’s right there on the border of Russia, and so, I think it makes [Putin] very nervous if there were a success in Ukraine in bringing about a free and open society and economic success, which is not the case in Russia, as you know, which is propped up by energy," McCain said in the clip.

Sen. McCain was a fierce advocate of action against Russian influence and corruption in Ukraine. He was the country's foremost advocate in Congress, championing a bipartisan effort to provide the country with military support.

After McCain's death from cancer in 2018, an op-ed in the Kyiv Post lamented: "It is doubtful Ukraine will get another champion like McCain anytime soon."

In fact, the Kyiv City Council voted to name one of its central streets after McCain in 2019.

McCain was also a vocal critic of President Trump.

When Trump was a candidate, he expressed disdain for McCain – who was a prisoner of war in Vietnam for five years – saying he preferred heroes who weren't captured.

In 2017, McCain sank the GOP's effort to overturn the Affordable Care Act with a thumbs-down gesture.

The feud even continued after McCain's death. In May 2019, the White House ordered the USS John McCain to be hidden from Trump's view when he spoke at a Naval base in Japan.

As the Senate impeachment trial of President Trump continues, the president's legal team is preparing its defense.

They will have 24 hours over the course of Saturday, Monday and Tuesday to make their opening statement.

RELATED: How would John McCain have handled today's Trump Republicans? 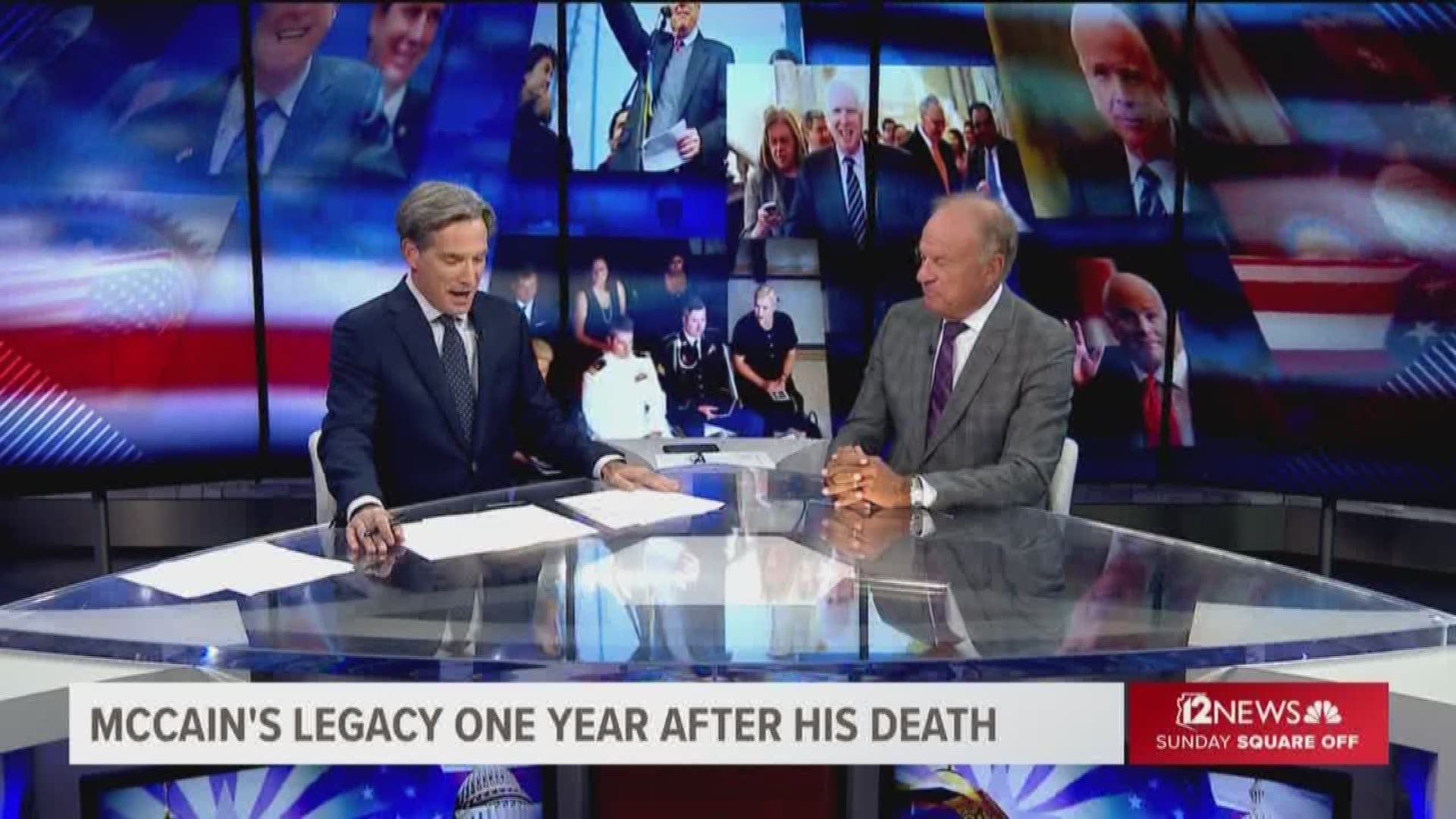