The president, who for months resisted wearing a mask in public, says they are important for any gatherings this Labor Day holiday. 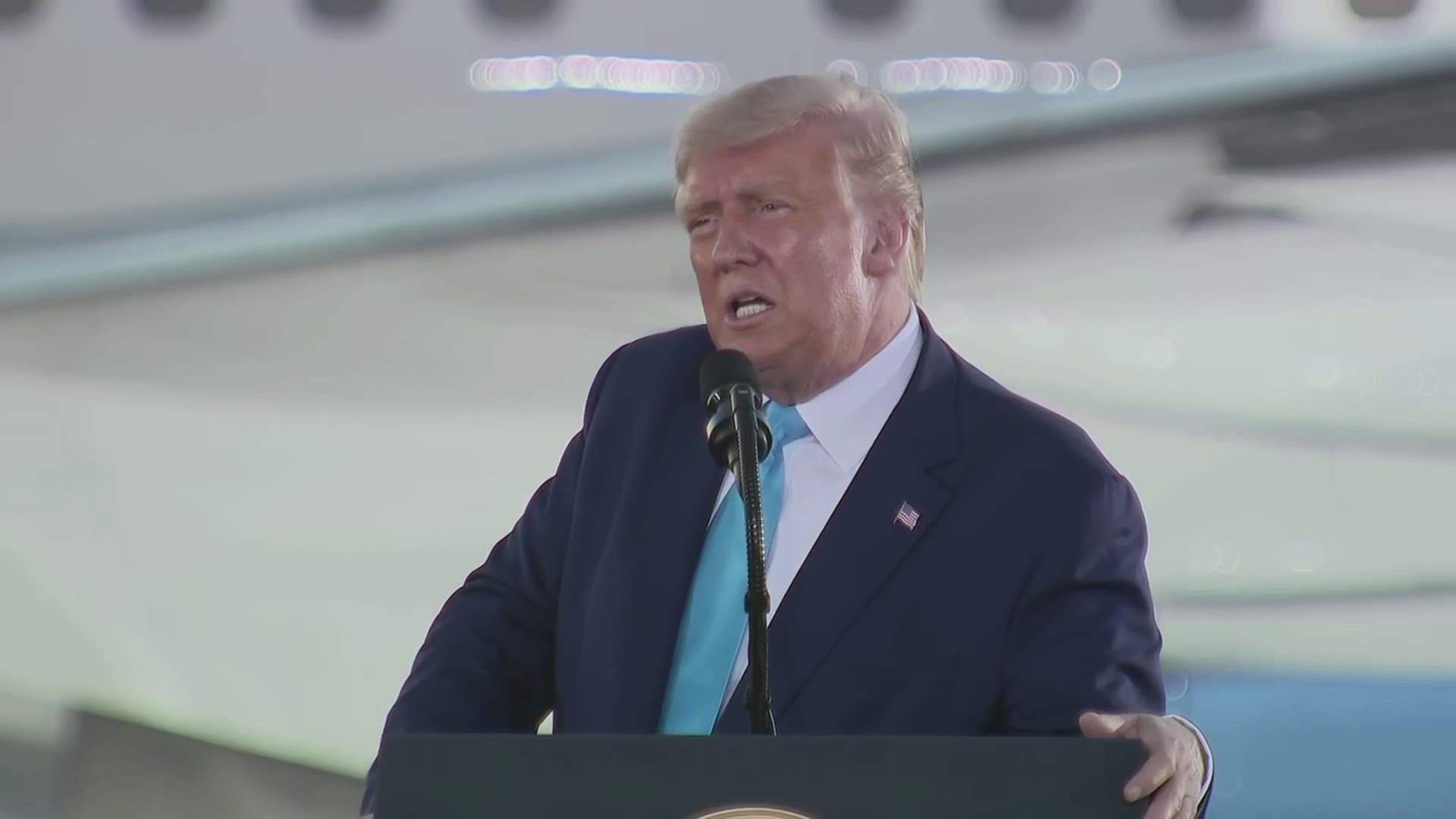 LATROBE, Pa. — President Donald Trump is mocking his Democratic rival for letting his mask hang off his ear when he delivers speeches.

Speaking to rally-goers in Pennsylvania, Trump says of Joe Biden, “Did you ever see a man who likes a mask as much as him?”

Says Trump: “He has it hanging down. Because it gives him a feeling of security. If I were a psychiatrist, right, you know I’d say: 'This guy’s got some big issues. Hanging down. Hanging down.'”

Only several months into the pandemic did Trump wear a mask for the first time in public while visiting Walter Reed National Military Medical Center in suburban Washington.

People close to him have told The Associated Press that the president feared a mask would make him look weak and was concerned that it shifted focus to the public health crisis rather than the economic recovery.

The Centers for Disease Control and Prevention recommends face coverings to limit the spread of COVID-19.

President Trump acknowledges that face coverings are particularly important for the nation heading into the Labor Day holiday weekend, as public health experts have called for Americans to be particularly diligent to prevent a repeat of the explosion of new coronavirus cases seen after Memorial Day.

The president is telling supporters: “Distance on the weekend and all of that stuff. Wear your mask when you’re close together in particular and wash your hands, all of those things.”