Sen. Ossoff slams Trump acquittal after vote: 'His apologists in Congress are marked in history' 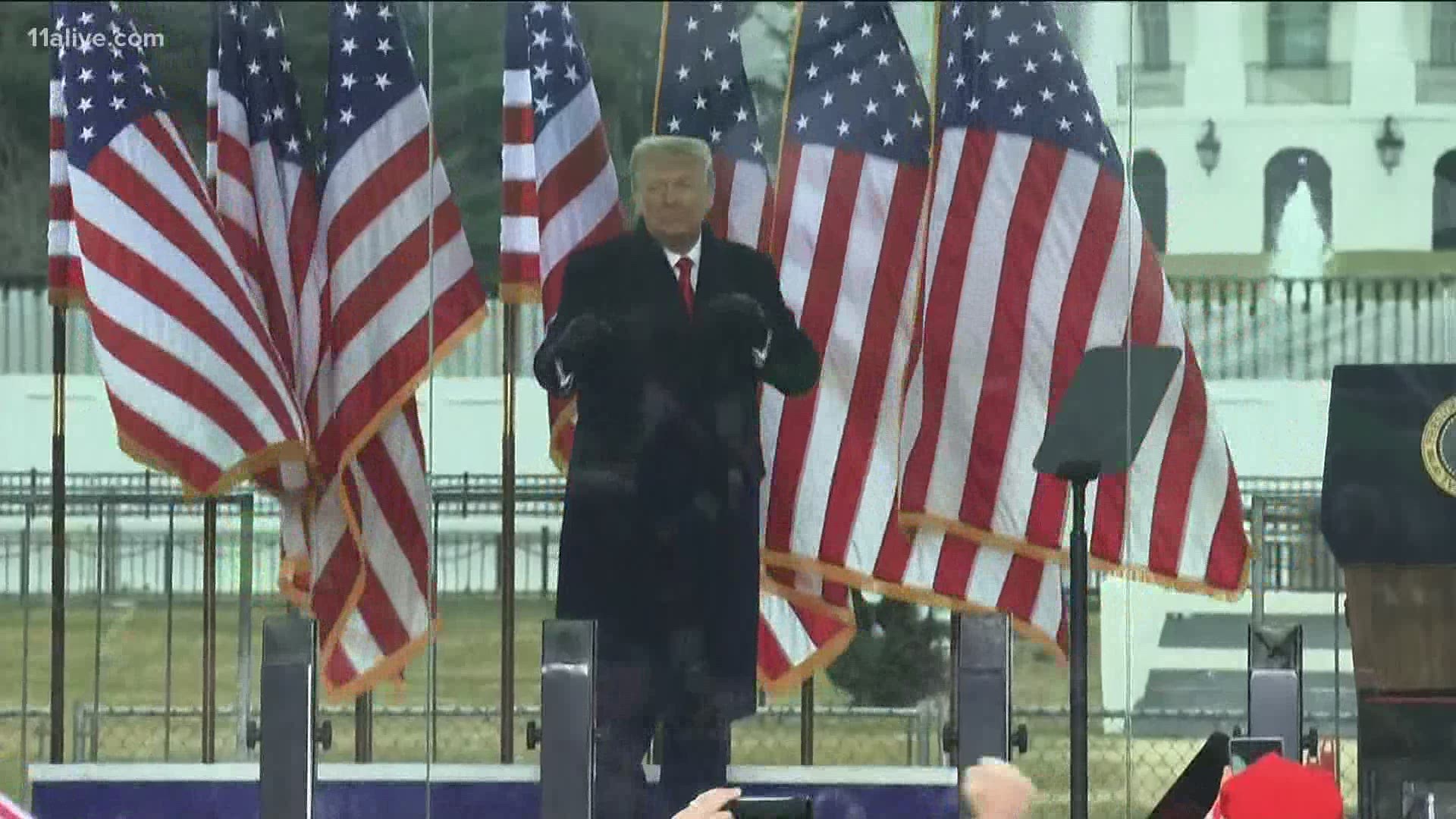 WASHINGTON — Sen. Jon Ossoff is adding to the chorus of dissenting Democrats following the acquittal of Donald Trump who faced allegations of inciting a riot at the U.S. Capitol on Jan. 6.

After the 57-43 vote, which included seven Republicans voting in favor of convicting the former president but failed to reach the needed threshold, Ossoff released a short but pointed tweet about the decision.

"Trump attempted to seize the Presidency despite electoral defeat," he said. "He intimidated election officials, provoked a violent assault on the Capitol, and left Congress and the Vice President to the mob."

Ossoff went on to suggest that the impact of this day - and the votes cast - will be long remembered.

"His disgrace is total and his apologists in Congress are marked by history," he wrote.

Ossoff's statements were in-line with the fellow Senator Raphael Warnock, who responded to the acquittal in a more lengthy note. In it, Warnock said, "If Donald Trump's actions were not impeachable, then nothing is."

Aside from the seven Republicans who voted in favor of a conviction, a historic note in its own right, the votes were largely along party lines.

However, the reasons Republicans voted against the conviction weren't entirely a sign of vindication for Trump. In one of the most notable cases, Senate Minority Leader Mitch McConnell excoriated the former president and said he was "morally responsible" for the violent Jan. 6 attack.

However, he ultimately voted for acquittal, saying the Senate had no jurisdiction over a former president - a sticking point for Trump's defense that has been disputed by some experts and Democrats since impeachment was first discussed a month earlier.