Isakson broke multiple ribs after a fall in Washington, a spokesperson said. 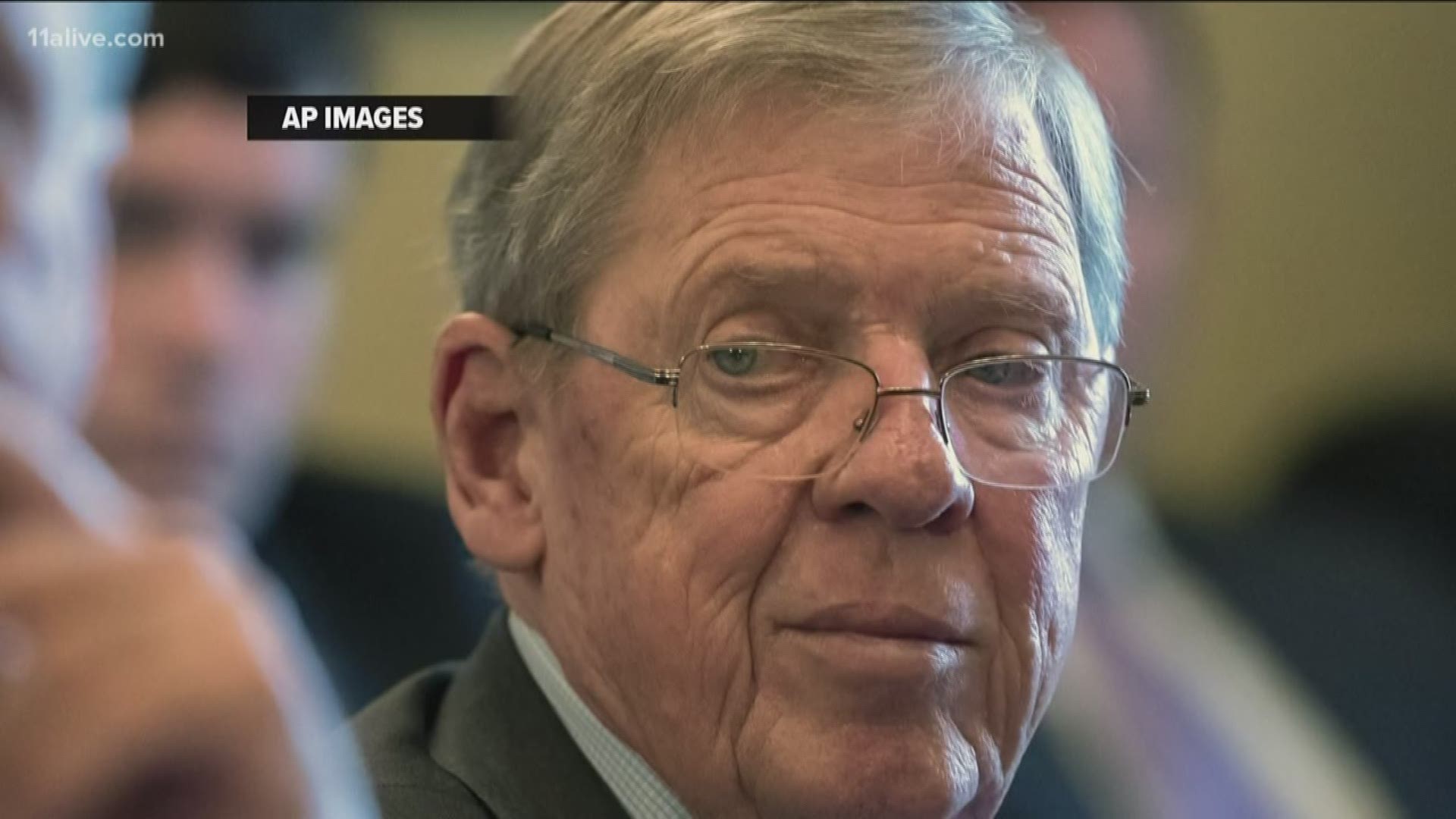 Georgia's senior U.S. Senator is going home after a short stay in a Cobb County rehabilitation program following a serious fall in Washington.

Senator Johnny Isakson was discharged from WellStar Kennestone Hospital in Marietta after being admitted on Saturday to recover from four fractured ribs in his Washington apartment. He was previously treated at George Washington University Hospital before being allowed to come back to his home state for further treatment.

“I am doing much better thanks to the excellent medical care and rehabilitation services I have received,” Sen. Isakson wrote. “I’m looking forward to sleeping in my own bed and will remain focused on making a full recovery so I can get back to work."

A statement from his office said he is making progress in his recovery and will continue working with WellStar's team of doctors as part of his outpatient care. Isakson will remain in Georgia for the next week but plans to return to Washington after the August state work period.

"All of the thoughtful messages of support have kept my spirits high, and I thank everyone who has lifted me up during this time,” Isakson said.

On Twitter, Georgia Gov. Brian Kemp asked Georgians "across our great state" to join in praying for Isakson's recovery.

Isakson is currently in his third consecutive term as a Georgia Senator - the only Georgia Republican ever to elected for a third term.

'It’s so many shots ma’am. I ain’t trying to get shot': 911 calls from shooting scene where pregnant mom was killed

Her mom asked the judge to have her sterilized, but this is the sentence she was given