The High Court's decision on Louisiana abortion law could have far-reaching effects that could land in Georgia. 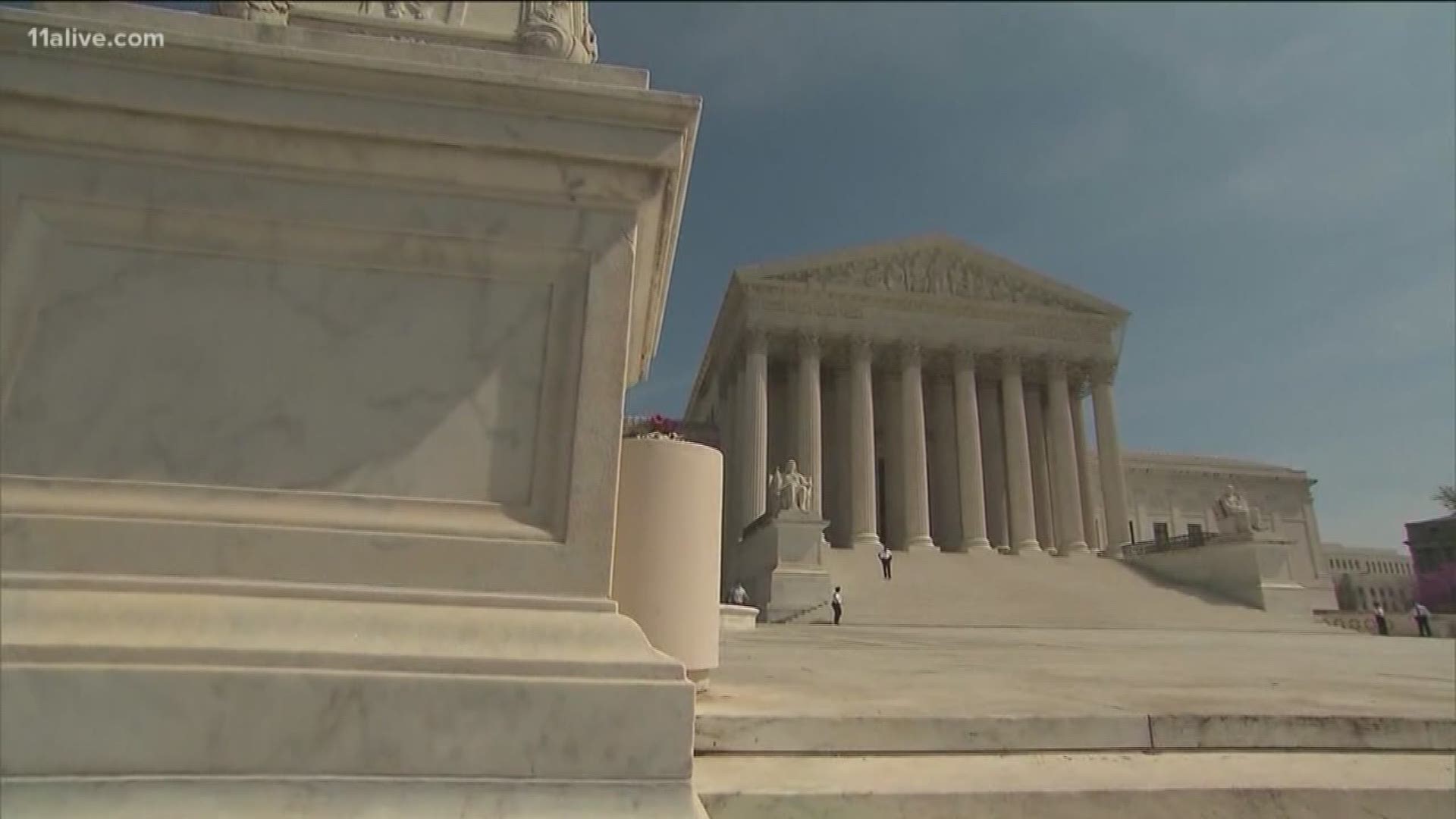 ATLANTA — Two days after a federal judge delayed Georgia's abortion law from going into effect, the U.S. Supreme Court announced it is once again entering the abortion debate.

The High Court said on Friday it will hear arguments on a Louisiana abortion law, which may have far-reaching effects across the nation.

This marks the first major abortion case the justices have taken up since conservative Justice Brett Kavanaugh joined the Supreme Court.

The Louisiana law and the Georgia law approach the abortion debate from two fundamentally different angles.

Georgia's "Heartbeat Law" effectively bans abortions after a fetal heartbeat can be detected -- usually at about six weeks following conception.

Last week, a federal judge temporarily blocked the law from going into effect as legal challenges to its constitutionality are being heard.

Louisiana's law requires any doctor offering abortion services to have admitting privileges for patients at a hospital within 30 miles.

NBC News reports that women's groups in Louisiana say it would leave on a single doctor who would be permitted to perform abortions in the entire state, were it to take effect.

The proposed Louisiana state law, as opposed to Georgia's law, does not offer a challenge to the landmark 1973 Roe v. Wade Supreme Court ruling.

However, law professors have said this shows the current court's interest in hearing abortion rights cases. And hearing arguments on Louisiana's law could be a way for the court to ease into the debate.

Three years ago, the High Court ruled on a Texas state law very similar to the one from Louisiana. At that time, a majority of the justices -- including the now-retired conservative Justice Anthony Kennedy -- voted to strike down the law.

"The Supreme Court did argue that forcing doctors to have admitting privileges to nearby hospitals was causing an undue burden and was counter to the 1992 case Planned Parenthood v. Casey," Georgia State University faculty research fellow Lauren MacIvor Thompson said.

Kavanaugh has since replaced Kennedy, and NBC News reports that abortion supporters in Louisiana fear that he will vote to uphold the law in their state.

"It certainly will be interesting to see how this court with some new justices on it, particularly Justice Kavanaugh and Justice (Neil) Gorsuch, look at this issue of abortion," Shapiro said.

Law professors from Emory University and Georgia State University that 11Alive News spoke with on Friday said that lawyers in Georgia will be closely following the Supreme Court's arguments and decision regarding the Louisiana law.

"Depending on the kinds of arguments that are going to be made in the upcoming Louisiana case they can take some of those, tweak them, reshape them, reframe them and depending on the outcome that will tell them a lot in terms of what they're going to have to do," MacIvor Thompson said. "The Supreme Court, in its current setup now, is majority conservative justices, this will be very telling when they issue the final ruling in this case."

But it could take two to three years before Georgia's "Heartbeat Law" would make it to the Supreme Court -- and there is no guarantee that the High Court will even hear arguments on the Georgia law.

"I think if the United States Courts of Appeals also affirm and just say 'under existing precedent these laws are unconstitutional, I don't think the Supreme Court is going to be taking those kinds of laws anytime soon," Schapiro said.

With the 2020 presidential election on the horizon, there is a chance that the direction of the Supreme Court could shift once again since the president is the one who ultimately nominates justices to the court.

Daddy's girl | How tumultuous past leads to heartbreaking ending