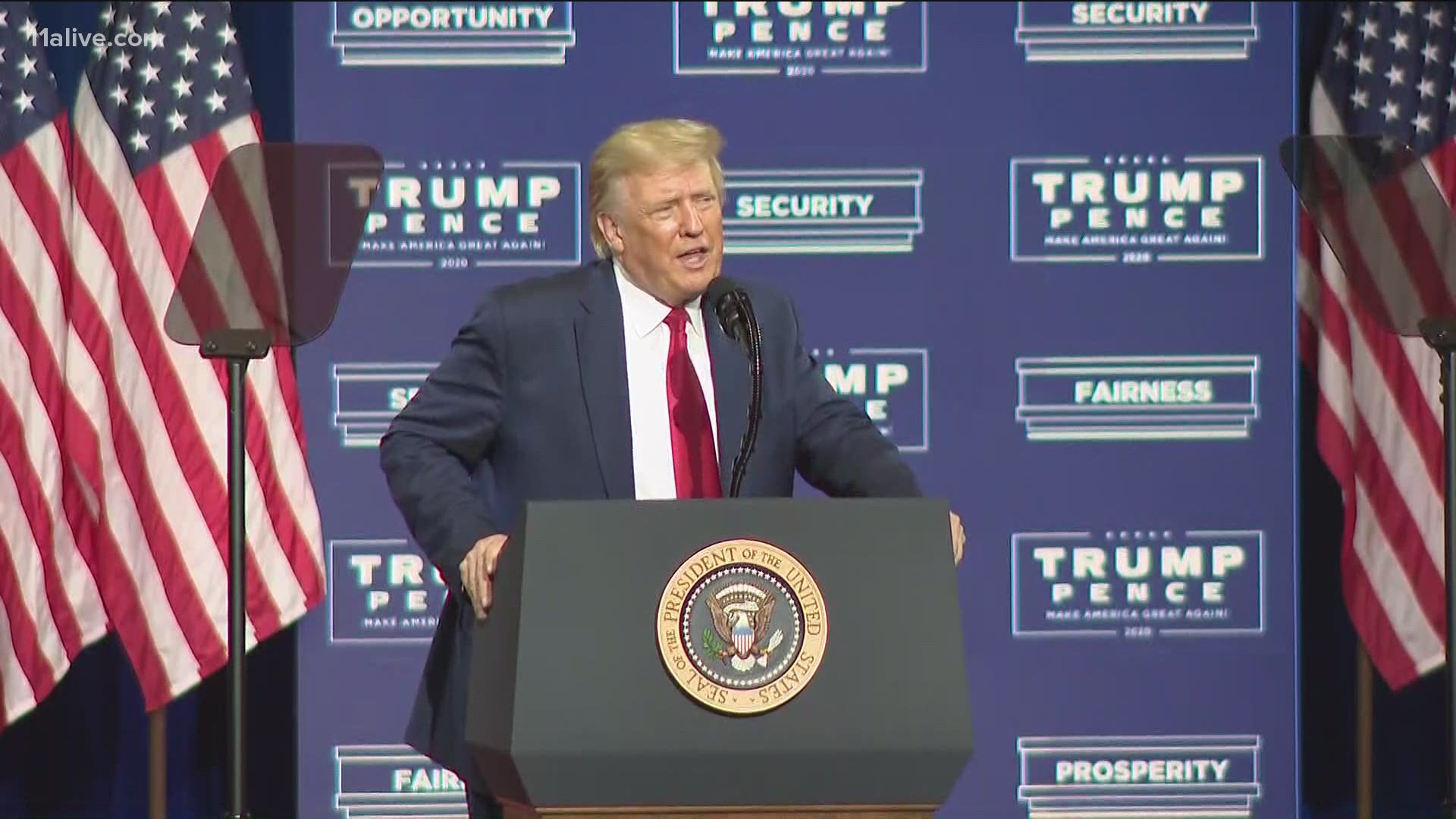 ATLANTA — President Trump was in Cobb County Friday, pitching a plan that would increase capital for African-American-owned businesses.

Trump’s campaign frequently caters to its base of mostly white conservatives, but this event saw the president reaching out to a community that has voted overwhelmingly for Democrats for the last 50 years.

The president’s rally started with African-American supporters from Georgia and around the country talking up how they’ve mostly prospered over the last three-plus years. Former UGA running back Herschel Walker introduced the president.

Now, the president wants to bring more African-American voters into the Trump tent – with an appeal to build jobs and economic opportunities – and turn away from Democrats.

"They want to take the Black voter for granted and it’s not fair and it’s not right and it’s not going to happen," Trump told a crowd of about 300 in an oversized room at the Cobb Galleria. "Because we're going to have such a victory like you’ve never had before."

Trump’s campaign is promising more capital for Black-owned businesses – and more jobs for Black families. The president also touched on protests that rekindled this week – suggesting that they are driving Black voters into his camp.

Dunwoody businessman Bruce LeVell, who has led much of Trump's outreach to minorities, agreed.

"African Americans, Black Americans in Black communities want police," LeVell claimed. "As a matter of fact, in a lot of cases, they want more. They don’t want to defund it."

LeVell said he expects African-American voters support for Trump to double in 2020 and approach 20 percent.  An 11Alive News poll in June showed only 10 percent of Georgia voters backed the president at that time.