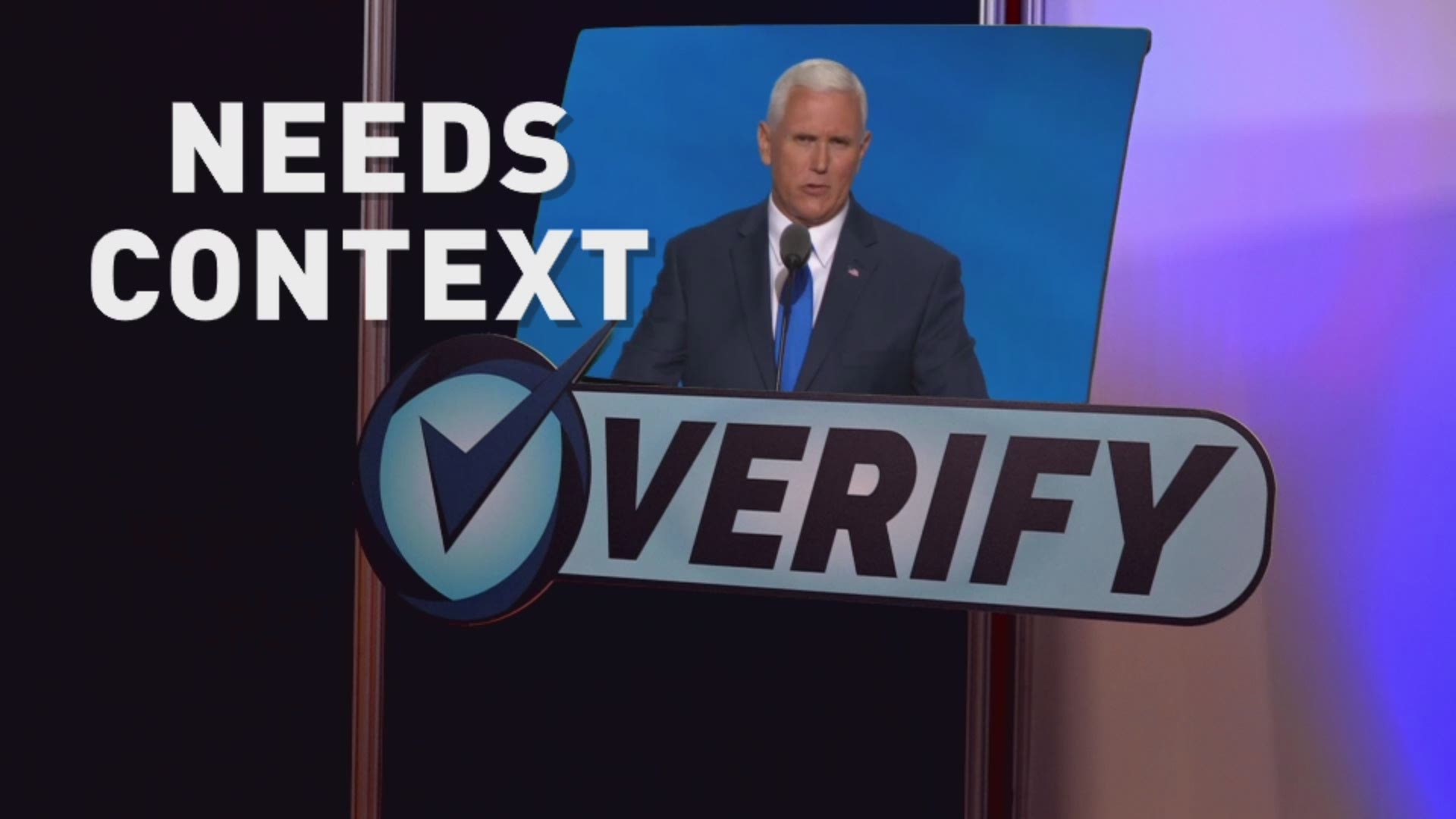 CLEVELAND - Donald Trump’s campaign is eager to make the case that his running mate, Indiana Governor Mike Pence, will be good for jobs and the economy.

Pence is building a case that he can take a conservative approach from Indiana and use it to tackle the nation’s debt and economy. During his speech Wednesday night at the Republican National Convention he rattled off a laundry list of claims about his record as governor that our team of fact checkers researched.

1. "We in Indiana have a 2 billion dollar surplus," Pence said.

A surplus usually makes you think of how much money is left over in your yearly budget. Indiana has more than 2 billion in reserves, cash saved away for a rainy day. The yearly surplus was a more modest $210 million last year.

2. Pence also said Indiana has the highest credit rating in the nation, which is a AAA rating from Standard and Poor's.

Indiana and 15 other states have AAA ratings according to Standard and Poor's. Indiana had that rating years before Pence took office.

3. "We have fewer employees than when I took office and businesses large and small have created nearly 150,000 new jobs," Pence said.

Verify: Both those items are true.

Just like the AAA rating, the job growth started before Pence became governor.

4. Pence also claimed, "there’s more Hoosiers going to work than ever before."

We looked into this claim Tuesday night when Indiana's Lt. Governor Eric Holcomb made a similar statement during his GOP convention speech. It’s true the raw number of workers is at an all-time high, but that’s due to population growth.

The percentage of Hoosiers with jobs is not a record. The current unemployment rate is 5 percent in Indiana. The record best was 2.9 percent in October 2000.

That's still a healthy number, but Pence’s line makes things sound a bit better than they are.