Warnock, in his first term, said he is happy with parts of the bill that will see some Americans receiving $1400 direct payments. 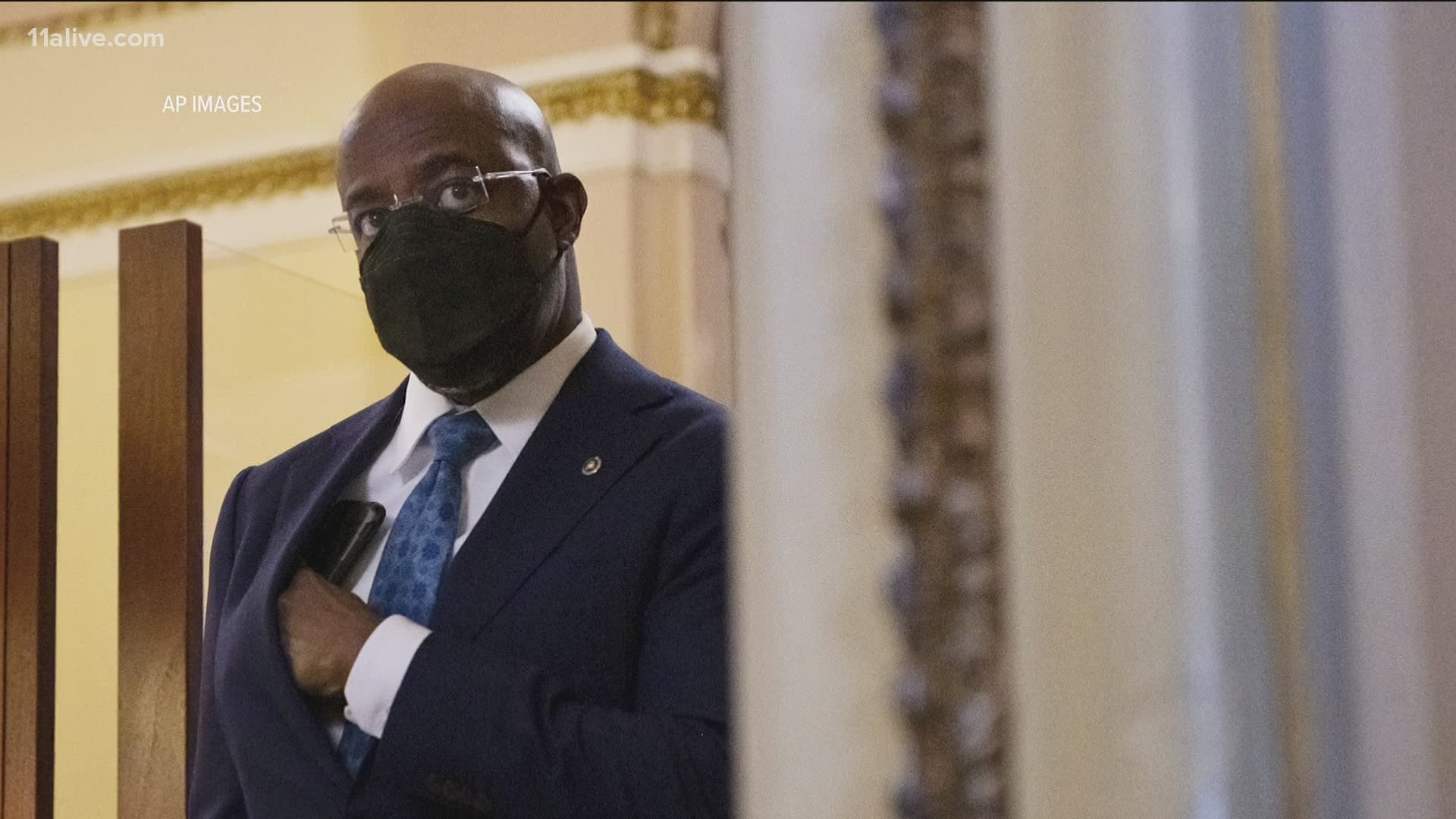 Warnock, in his first term, said he is happy with parts of the bill that will see some Americans receiving $1,400 direct payments, as well as the portion that expands aid through the earned income tax credit, the child tax credit, as well as language that sets aside $20 billion for vaccine distribution.

In an interview with 11Alive, Warnock failed to comment on some changes to the relief plan, such as unemployment benefits lowered to $300 per week. However, he did touch on the federal minimum wage.

“America deserves a raise. And people who work every day, ought to have a livable wage, they certainly ought to be able to pay rent, buy food, make sure that their children are safe,” said Warnock. “We will be pushing to expand the minimum wage to $15 per hour. I think that's good for workers. And frankly, I think it's good for the economy.”

The senator took time to thank Georgians for electing him, stating that without evening out the spread of Democrats and Republicans in the Senate, “we'd have no package, we'd be getting nowhere.”

On the topic of voting, Warnock had strong words for those proposing and supporting voting rights bills in Georgia, such as House Bill 531.

“They’ve decided after the last election that they are afraid of the voters. And so, they’re trying to steal their voices. I won’t let that happen," he said. "They don’t understand what democracy is about. Politicians should not be trying to pick their voters. The voters get to pick who represents them. I’m going to fight.”

“They gave so much just to give us the right to vote,” Warnock said about civil rights activists like Lewis. “There are some folks who are trying to turn the clock back, make no mistake about it.”

On the topic of mass vaccinations, Warnock said he is grateful for the plan to turn Mercedes Benz Stadium into a FEMA-run vaccination site. The site will be able to administer about 6,000 shots per day, operating seven days a week for an eight-week period.

The senator encouraged all Georgians to get vaccinated as soon as they are able. He added he is ready to get through the “political wrangling and gamesmanship” to get the COVID relief bill passed, to get more funds for states.

“This package will get the virus under control and reopen our economy safely,” he said.