What is the 'emoluments clause' of the U.S. Constitution?

President Trump called the clause 'phony' but it's been there since the very beginning. 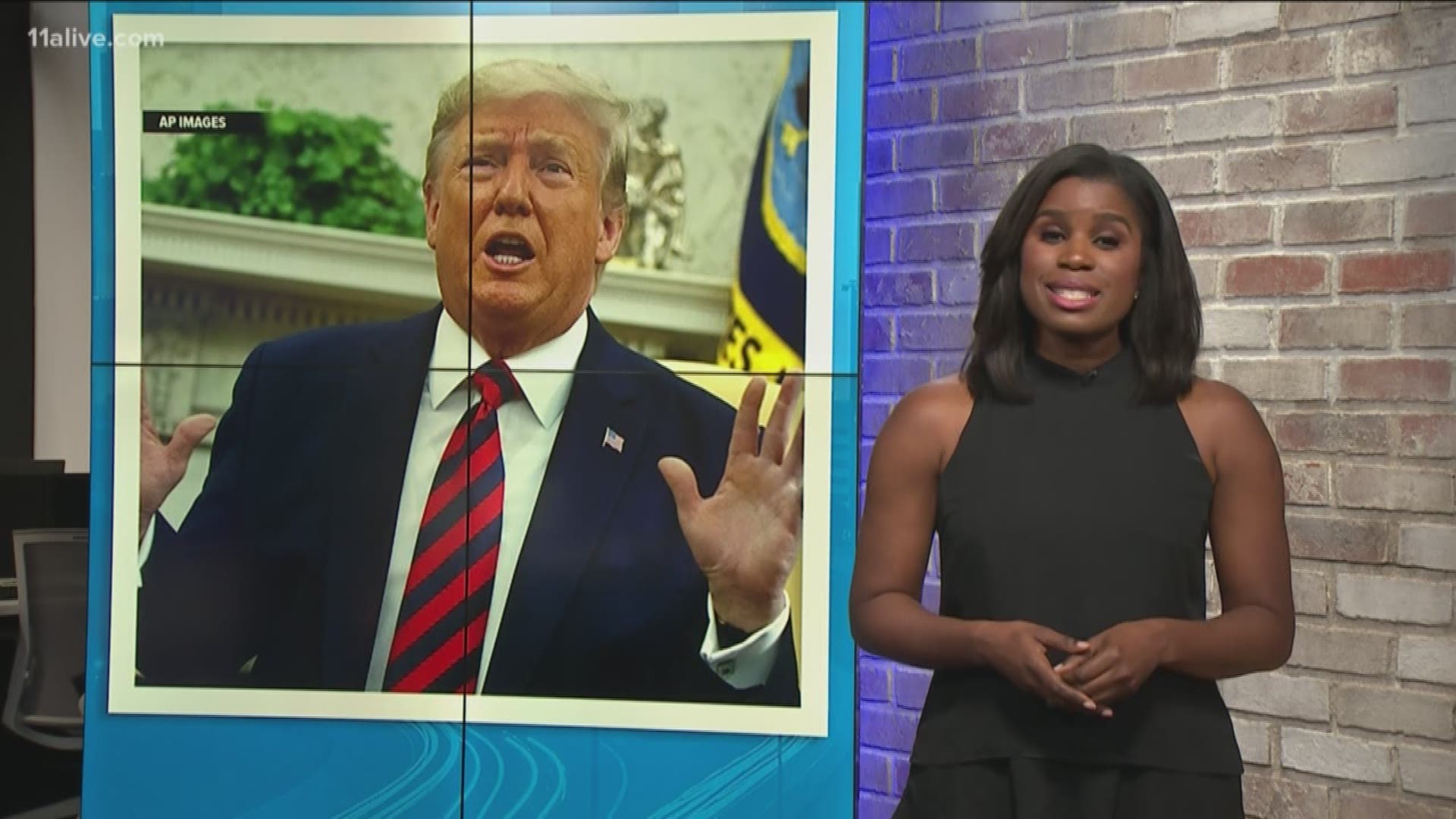 WASHINGTON — On Monday afternoon, President Donald Trump insisted that the emoluments clause of the United States Constitution was "phony," as he pushed back on criticisms of now-scrapped plans to host the next G-7 summit at his Miami golf resort.

"You people with this phony emoluments clause," Trump said, while grousing at reporters during a Cabinet meeting on Monday, while referring to a section of the United States Constitution which prohibits government officials from accepting payments and gifts from foreign governments.

Last week, the president had proposed that the next G-7 summit, which is tentatively scheduled for next June, be held at the Trump National Doral Miami golf resort.

Acting White House Chief of Staff Mick Mulvaney announced last Thursday that the Doral resort was "the best place" to host the event.

"This is the perfect physical location to do this," Mulaney said during a press conference on Thursday.

Mulvaney said a White House advance team visited multiple potential locations and said that the Doral facility was "almost like they built (it) to host this type of event."

The White House originally insisted the Trump Organization would do the event at cost -- not for free -- but never provided specific information regarding what that meant, or how it would be handled.

After several days of criticism from members of both parties, the White House announced Monday that the summit would not be held at the Trump-owned golf resort.

During his attack on the Constitutional emoluments clause Monday, Trump offered a defense of his Miami resort. The president told reporters, "It would've been the greatest G-7 ever."

Although the president called the emoluments clause was "phony," it truly exists -- in two separate places in the first two articles of the United States Constitution, one in Article I, the other in Article II.

Article I, Section 9, Clause 8 of the United States Constitution is also referred to as the Title of Nobility Clause or Foreign Emoluments Clause, and directly affects the Executive Branch of government.

That clause reads, "No Title of Nobility shall be granted by the United States: "And no Person holding any Office of Profit or Trust under them, shall, without the Consent of the Congress, accept of any present, Emolument, Office, or Title, of any kind whatever, from any King, Prince, or foreign State."

That clause reads, "The President shall, at stated Times, receive for his Services, a Compensation, which shall neither be increased nor diminished during the Period for which he shall have been elected, and he shall not receive within that Period any other Emolument from the United States, or any of them."

When shifted from "legalese" into "plain English," what this means is that the president cannot legally receive money from any foreign government entities in any way, shape or form while he holds the office of president.

If the G-7 conference were to be hosted at the Trump National Doral club, or at any Trump-owned facility, it would, by definition, directly violate the terms of the emoluments clause of the Constitution.

Mulvaney getting second-guessed on his defense of Trump

US troops in Syria going to Iraq, not home as Trump claims

US Defense Secretary in Afghanistan for firsthand look at war