Why an impeachment inquiry and not a special investigation?

Following an admission from the president, Democrat leaders felt comfortable with an impeachment inquiry and not a special investigation. 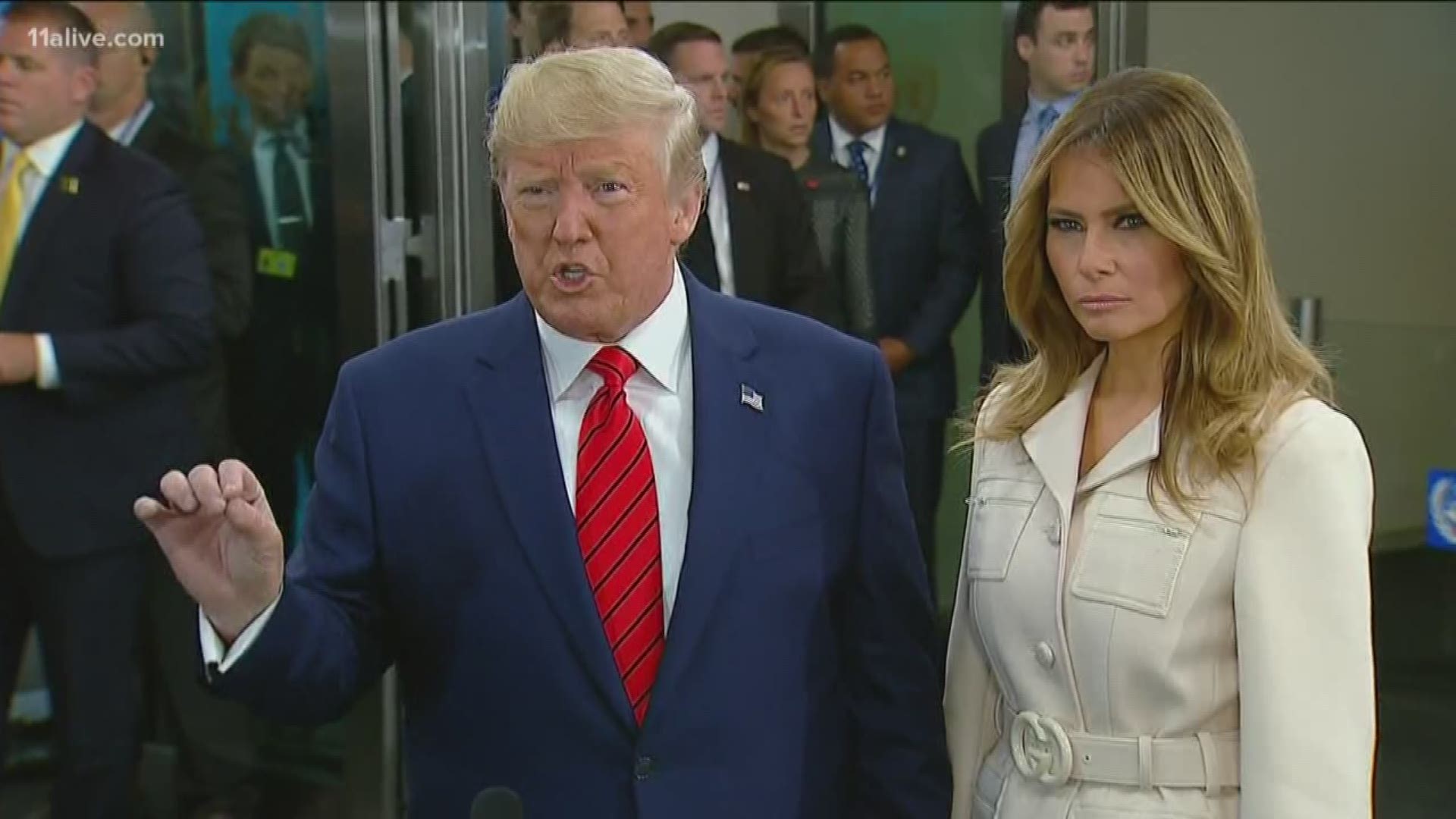 Pelosi said the president's actions have "seriously violated the constitution."

"The president must be held accountable, no one is above the law," Pelosi said.

What happened is just the beginning of a long process. First of all, this inquiry is not the same as a formal impeachment.

All this does is give the House expanded subpoena power so they can investigate and then make decision on whether or not to formally impeach the president.

If that happens, then the president could be charged with what what the Constitution calls a "high crime." But, Andra Gillespie, Associate Professor of Political Science at Emory University, said the definition of a high crime is vague.

“It is up to Congress to decide what is a high crime and what is a misdemeanor,” she said.

RELATED: What does it take to impeach the President of the United States?

If the claim is true - that the president used government money for political gain - Gillespie said it could be seen as corruption.

“President Trump admits that he has brought up Joe Biden with the president of the Ukraine, and they are looking at the timing of the order to withhold military aid coming before the call that’s alleged to be problematic, and they are seeing that as a potential red flag," she explained.

Because of that admission, Democrat leaders felt comfortable calling for an impeachment inquiry and not something else - like a special investigation, similar to what Robert Mueller did.

No matter what, Gilllespie said, this really won’t come down to a burden of proof. Rather, it’ll come down to alliances. A vote to remove a president would most likely still fall along party lines, and the Democrats are not the Senate majority.

Gillespie added if this process fails, it would look really bad politically for Democrats.

“That would strengthen him politically and could reinforce the idea that Democrats have gone on a witch-hunt after him,” she said.

President Donald Trump reacted to impeachment inquiry announcement on twitter after speaking at the United Nations, tweeting: "Such an important day at the United Nations, so much work and so much success, and the Democrats purposely had to ruin and demean it with more breaking news Witch Hunt garbage. So bad for our Country!"