Mariah Parker won a seat on the Athens-Clarke County commission by only 13 votes. 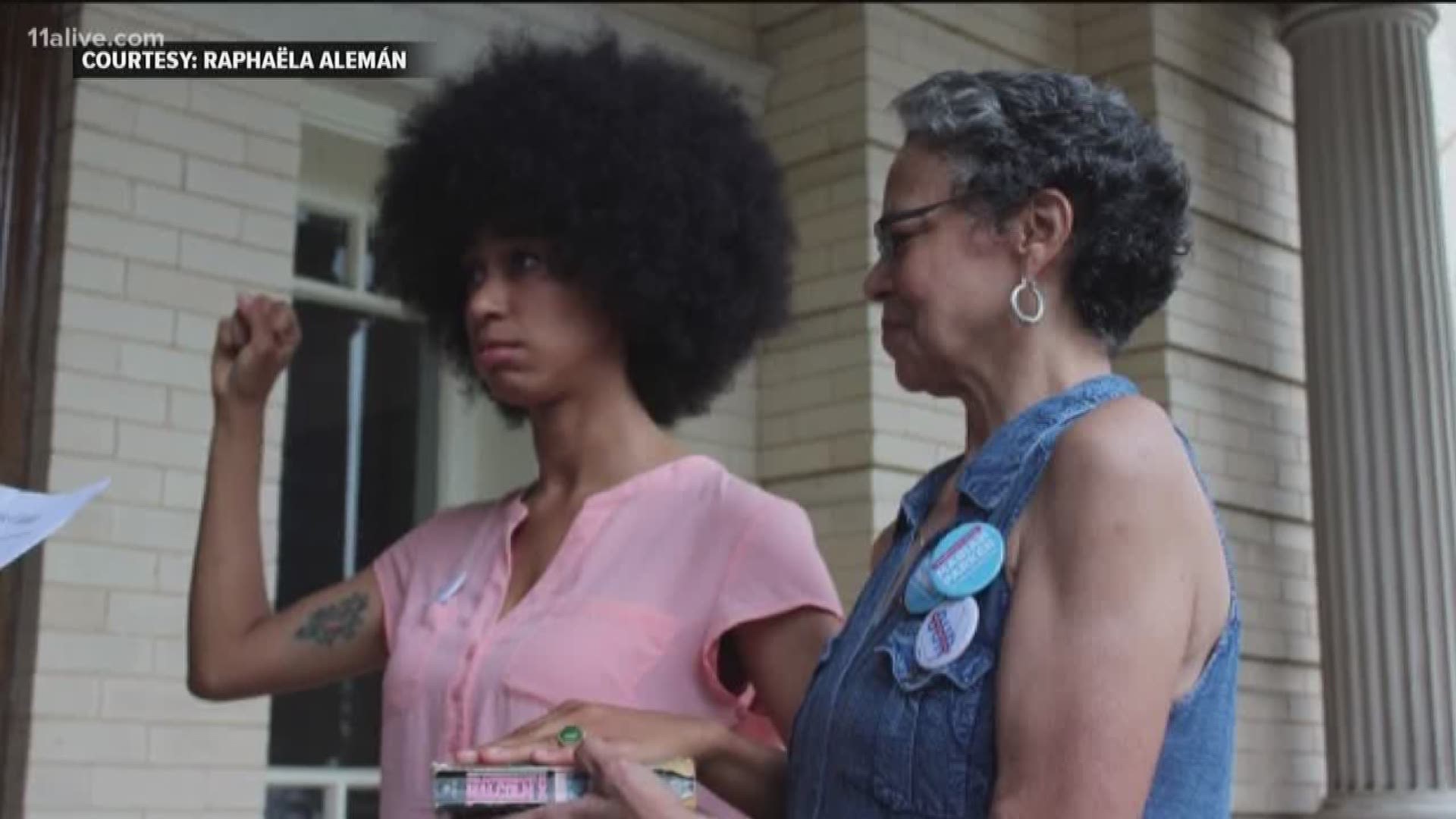 ATHENS, Ga. -- A 26-year-old UGA doctoral student who recently won an Athens-Clarke County commission seat by only 13 votes has gained national attention for her swearing-in ceremony.

Mariah Parker raised her fist and took the oath of office with her right hand on Alex Haley’s autobiography of Malcolm X on Tuesday.

"I really didn’t foresee the attention that would come from doing something that I just felt like was right, and expressed who I am as a person, and what I think it means to be a political leader,” Parker said.

Parker won a seat that was vacated by Harry Sims, who held the seat for 25 years. She defeated Taylor Pass, 28, grandson of the late civil rights activist Evelyn Neely, earning 638 votes to Pass’ 625.

While Parker said she’s been threatened for her actions and subjected to racial slurs and questions about her character, reactions have overall been supportive.

“It’s very threatening to a lot of people who have become very comfortable with people kind of staying silent and staying in their place," Parker said. "But with every action there is an equal and opposite reaction, and so I feel that as long as I continue to do the right thing, this kind of stuff will keep happening and I can’t worry about it.”

Parker's mother held the book for her daughter during the ceremony, which was officiated by Probate Judge Susan Tate.

Parker chose the book because “Malcolm X came from difficult circumstances, and had to overcome the insinuations of a society that made him feel as if he had nothing to contribute.

“I wanted to show solidarity with human rights movements all over the world, that, I’m going to do the work for them here to make sure that we have a just and equitable city,” Parker said. "I am here to be a very vocal representative for my community.”

Parker also has a music career as a rapper who goes by Linqua Franqua. She is performing in a local music festival in Athens this summer.

Parker has a long long list of visions she has for the community from marijuana reform to affordable housing, but isn't sure what carried her to victory by such a small margin.

“A lot of black women whose names were first on the ballot were able to find victory this year,” Parker said. “On election day, I stood outside polling places waving a sign for six hours. I also took a lot of people to polls, and I’m glad I did every one of those things.”