The key data from Georgia which will give state politicians the ammo they’ll need to draw new political maps. 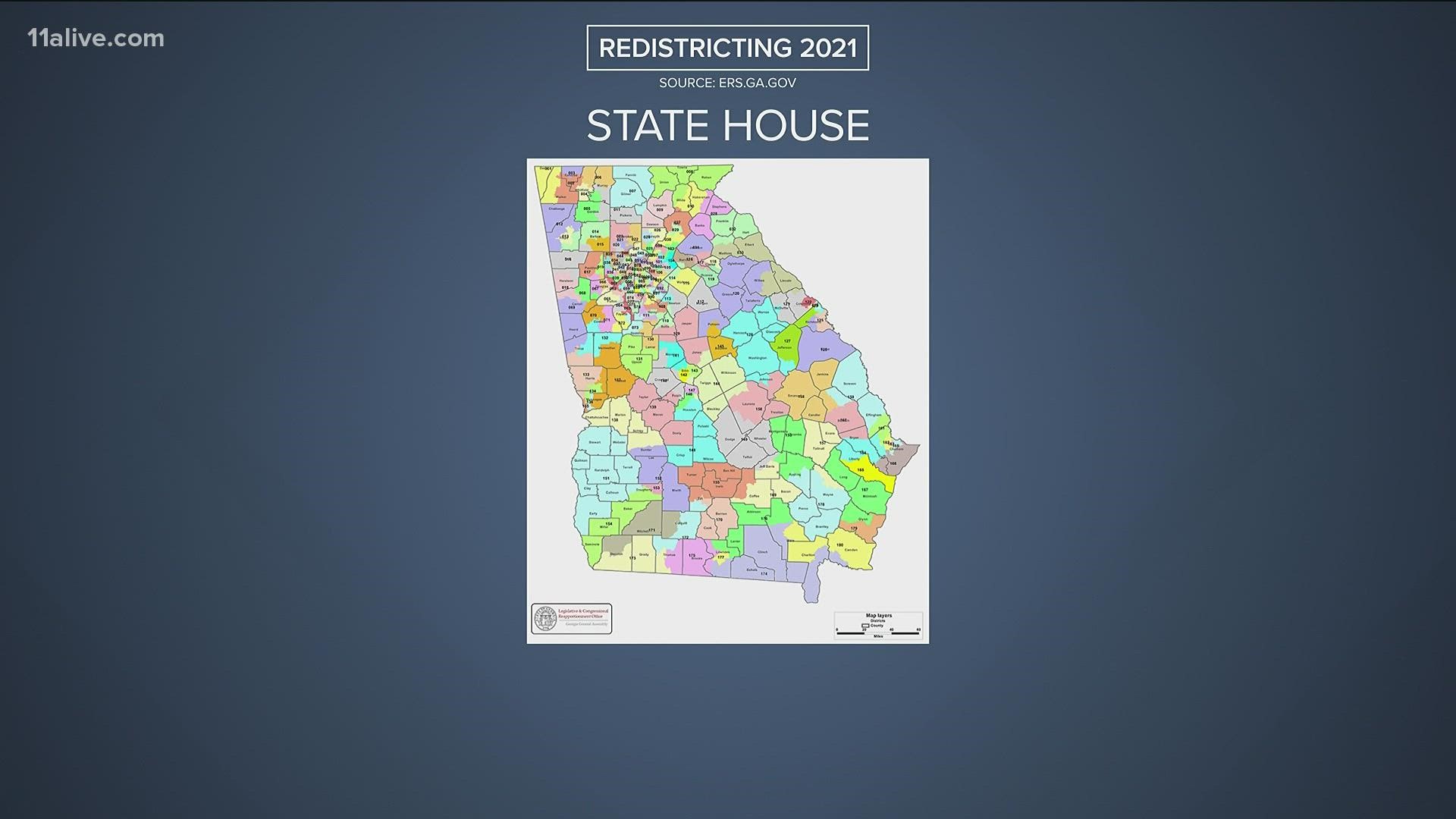 ATLANTA — The U.S. Census Bureau is delivering key data to Georgia Thursday, which will give state politicians the ammo they’ll need to draw new political maps.

Democrats and Republicans at the capitol were eyeball-deep in the maps and this fall's redistricting effort. Republican majorities in the House and Senate have shrunk in recent elections – and the GOP can use redistricting to shore up its control of the state legislature.

"Certainly, the incentive is there for them to engineer maps that allow them to hold onto the majority power," Ken Lawler, a founder of a watchdog group called Fair Districts GA said.

Republicans controlled the shaping of the state's current districts. Democrats tried to do the same thing before they lost power in the early 2000s.

Georgia will have to finalize 250 districts – 180 of them in the state House of Representatives, 56 in the state senate, and 14 in congress. The number of districts won’t change but the shapes will.

An organization called Fair Districts GA plans to tie in voting data with its own copy of the new census data–  to produce frameworks for maps its founders say will be impartial.

"Then we’ll be able to tell what the natural lay of the land really is," Lawler said.  "One party might say – Democrats might say, 'it’s all blue now.' Republicans would say 'not so fast.' Our view is it’s incontrovertible (Georgia is) a swing state. The question is how does that swing state status get reflected district by district across the state."

The new data is expected to show the much of the state’s growth has taken place in metro Atlanta, which has become increasingly Democratic.

The sixth congressional district was drawn in 2011 originally as a Republican district, now held by Democrat Lucy McBath.

It will be among the districts getting a lot of scrutiny by mapmakers in the coming weeks.