Georgia's legislature is currently dominated by Republicans, though voting and new census data suggest Democrats could close the gap in the next election 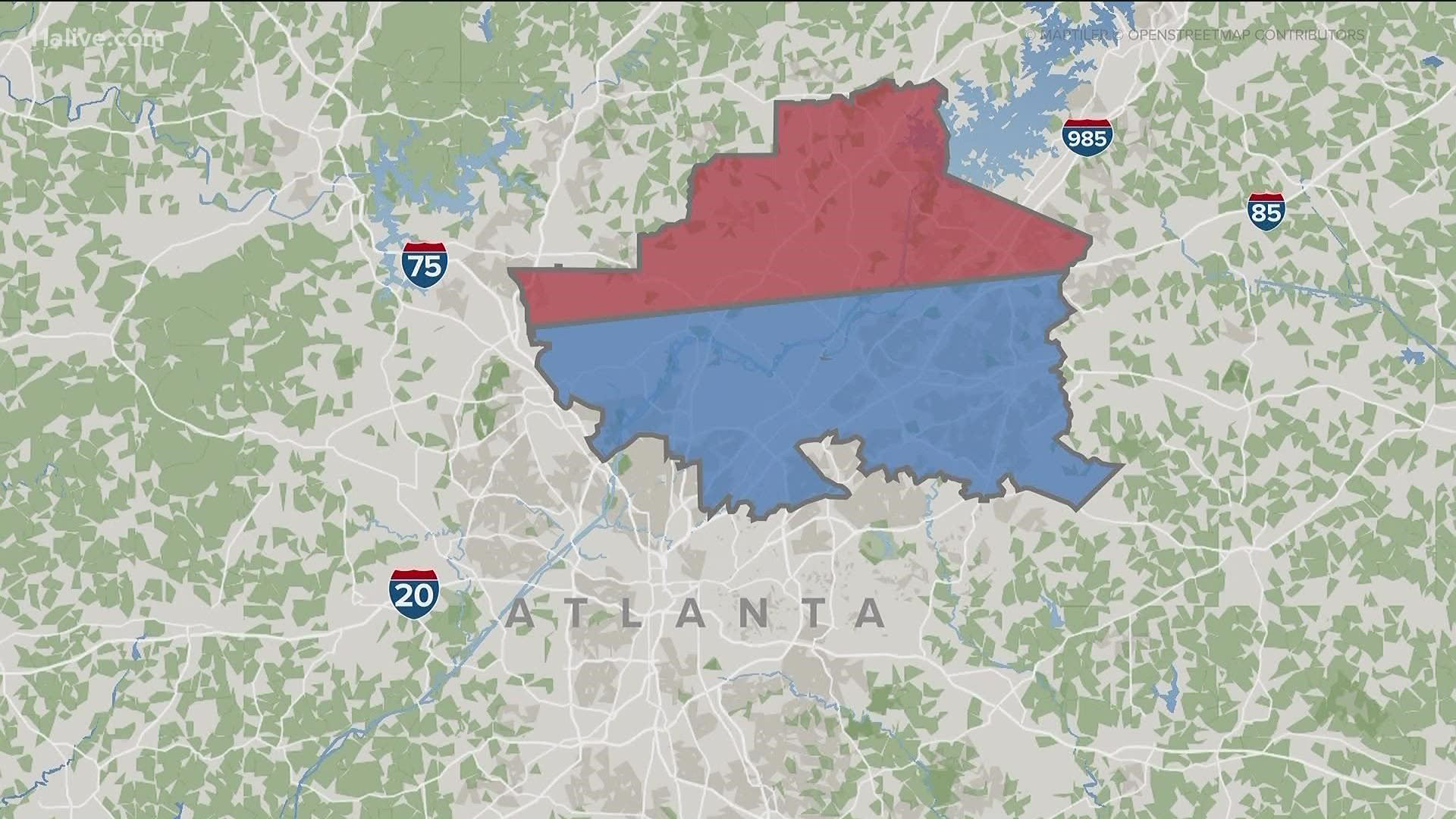 ATLANTA — State lawmakers will meet in November to draw new legislative maps that could change the balance of power in Georgia. Democrats have won more races in the state since the last time the maps were drawn a decade ago.

One of the lines lawmakers will be looking at will be the one separating Georgia's 6th and 7th congressional districts.

Georgia’s legislature is currently dominated by Republicans, though voting and new census data suggest Democrats could close the gap in the next election.

According to an analysis released by the nonpartisan group Fair Districts, released an analysis this week, Republicans have a 22 vote majority in the state House. However, Fair Districts also says Democrats could close that to four votes.

Meanwhile, Republicans have a 16 vote majority in the state Senate and Fair Districts says Democrats could pull even if the Republican majority draws the new legislative maps fairly.

In addition, the 6th and 7th congressional districts recently flipped from Republican to Democratic and the southern sides of both districts have the strongest Democratic precincts.

Republican lawmakers could redraw the districts to combine the blue precincts in the south and combine northside red precincts into a new Republican-friendly district, potentially replacing one Democratic member of congress with a Republican.

Currently, Republicans at the capitol are drawing those maps in secret, with their release likely around the time lawmakers meet in November.

"In 2011 maps were released on a Friday. They started holding hearings on Tuesday," Lawler added.

Lawler says he has asked for a two-week period for Georgia residents to actually examine and debate this year’s maps before the legislature votes. However, he’s not holding his breath that will happen.