These new laws go into effect in Georgia on January 1

Governor Brian Kemp has signed and approved new laws that will go into effect for Georgians in the new year. 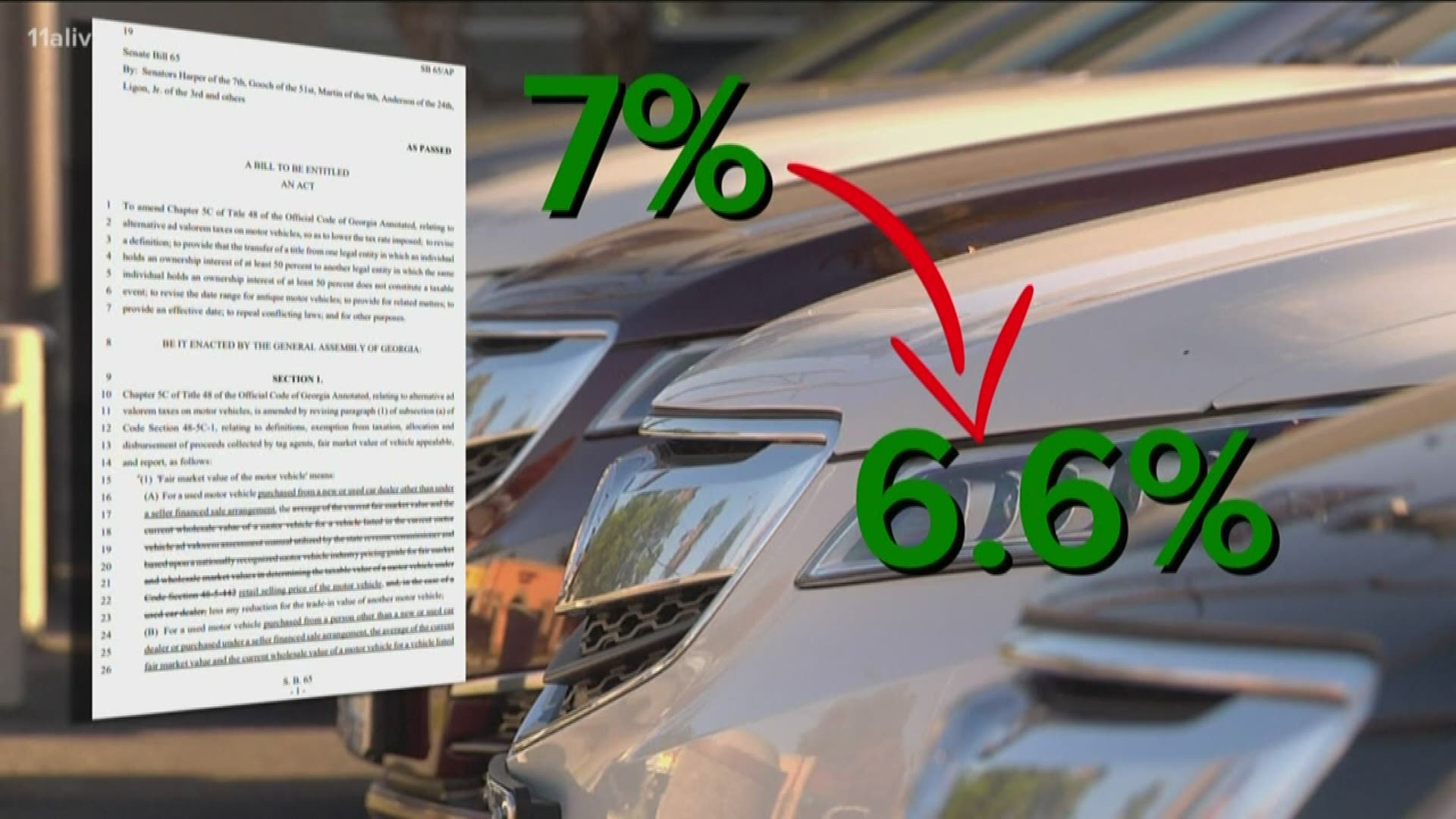 ATLANTA — Several new laws are going into effect in Georgia on January 1, but the most controversial bill signed into law in 2019 will remain on hold, for now.

Gov. Brian Kemp signed more than 300 bills into law in 2019. Many have already taken effect, while others will be enacted with the new year.

However, HB 481, the so-called "Heartbeat bill" that banned abortions after a fetal heartbeat has been detected, was placed on hold after a federal ruling in October.

Here is a roundup of some of the laws that do go into effect and what they mean.

This law is known as the "Title Ad Valorem Tax: Used Cars and Tax Rate" and essentially lowers the title ad valorem tax (TAVT) rate from 7 percent to 6.6 percent through June 2023, at which time the rate will return to 7 percent. While this means it will cost you less to buy a new car, some used car prices may go up with this new law. Used cars will now be calculated on the retail sales price rather than "book value" as it had previously done. However, for a used car purchased from a person other than a new or used car dealer, it will also be taxed at the lower book value.

This law will give doctors a way around what is called "step therapy". That's when an insurance company requires you to try certain preferred medications first and have those drugs fail before you can receive the drug prescribed by your doctor.

If you have a health plan that is renewed or starts on Jan. 1, HB 63 gives doctors a path to apply for exceptions to avoid step therapy and quickly start you on the medication they believe you need for your condition.

This bill will require genetic counselors to be licensed with the state. According to the Georgia Association of Genetic Counselors, Georgia is the 28th state to have this requirement.

Genetic counselors will crate treatment plans for individuals or families affected by or at risk of genetic disorders. There will also be new requirements for these counselors to receive continuing education.

This bill creates stricter state requirements to list someone on the state's child abuse registry. Abusers will now need to be at least 18 to be listed instead of 13.

The process for having a review hearing before being added to the list, or having a name expunged will be updated on Jan. 1.

Establishes a business court that handles business issues such as contract disputes, copyright disagreements and arguments over who came up with a money-making idea.

RELATED: What's this whole 'business court amendment' about on the Georgia ballot?

This bill requires titling of boats and watercraft (similar to vehicles), and provides the rules for the titling system. It's designed to "deter and impede theft", "facilitate the ownership, transfer and financing" of boats and watercraft, and "create equity and fairness for the selling of vessels by dealers, brokers, agents, private parties and manufacturers."

Adds an additional judge to the superior courts of the Griffin Judicial Circuit.

This bill revises the criteria used by tax assessors to determine the fair market value of real property.