A new GOP-backed voting law passed in Georgia this week makes it illegal to give food and water to voters in line. 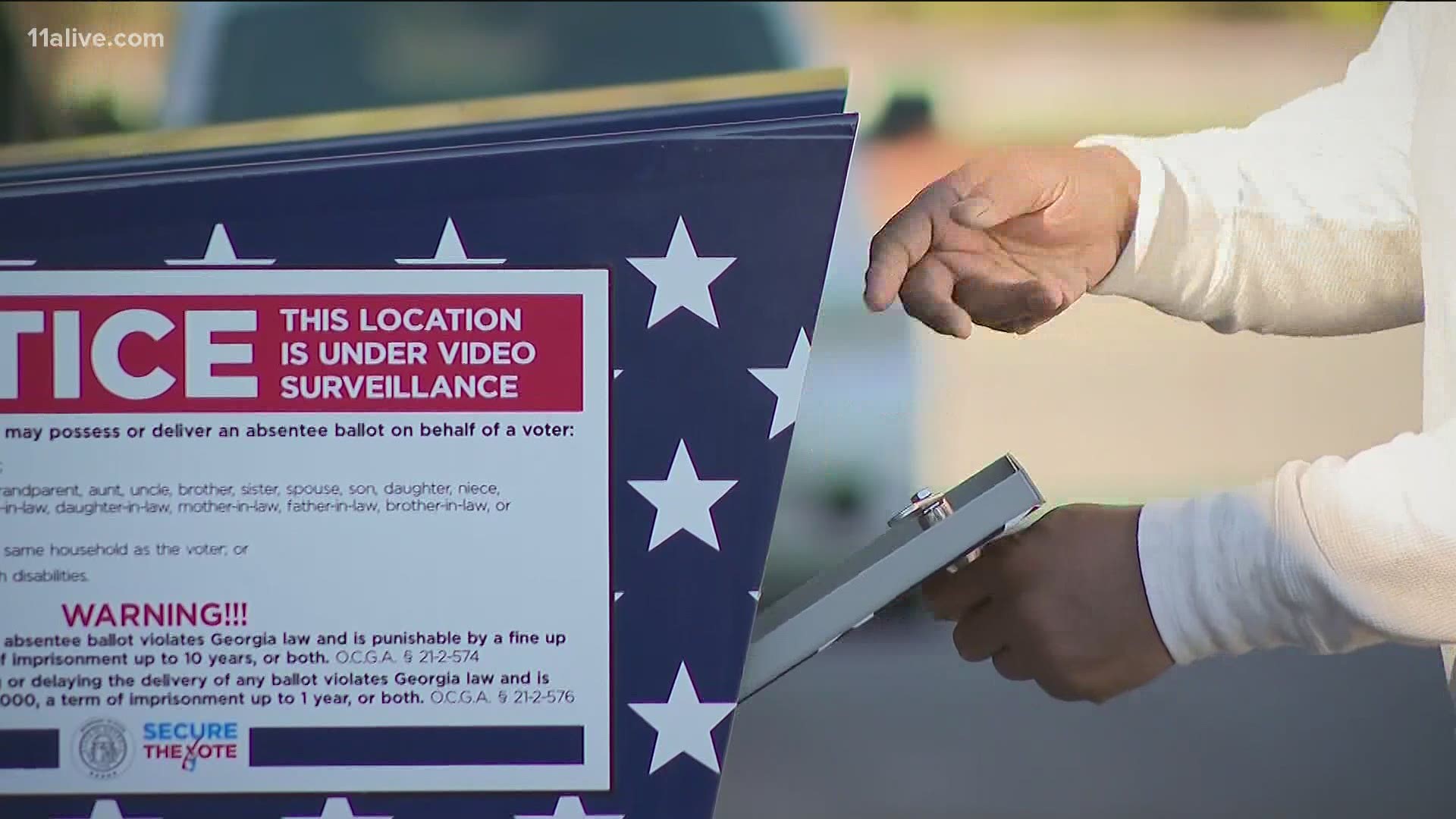 ATLANTA — A new GOP-backed voting law passed in Georgia this week has drawn national attention for the sweeping changes to the states process. The 95-page bill makes it illegal to hand out food or water to voters waiting in lines, and also mandates drop boxes in every county in the state.

The reaction to Gov. Brian Kemp signing the law was swift, with federal lawsuits filed almost immediately. But supporters of the law claim it expands voting access in the state and protects the right to vote.

"It's urgent. Our democracy is in a 911 emergency," said Democratic Senator Raphael Warnock.

Warnock flew in to Georgia late Thursday after the law was passed. He said opposition to the law can't wait.

"It's anti-democratic, it's un-American. They're trying to make it harder for people to vote," he said.

In a news conference Friday, Warnock said it was disgruntled Republicans using baseless allegations of voter fraud to push the bill through.

But Gabriel Sterling at the Secretary of State's Office said both claims of voter fraud and voter suppression in Georgia are baseless.

He defended the bill, saying it will help give equal access to everyone to vote.

Gov. Kemp said at the signing Thursday night that "Georgia will take another step toward ensuring our elections are secure, accessible, and fair."

The controversial measure has also grabbed the president's attention.

Kemp's office sent out a statement following President Joe Biden's scathing comments where he called the law - and many other Republican bills like it proposed in other states - a "blatant attack on the Constitution and good conscience." The president went a step further, painting the legislative efforts by Republicans to implement new, more restrictive losses after bruising defeats in the 2020 election cycle as "Jim Crow in the 21st Century."

Kemp disputed the notion that the new measure was akin to "Jim Crow" laws, accusing Biden and "the left," and national media of being determined to "destroy the sanctity and security of the ballot box."

"The idea that this is voter suppression is laughable, but it's very important to democrats because it's great for fundraising and it really gins up anger with the base of the electorate," said Sterling.

The next statewide election will be for governor of the state in 2022.