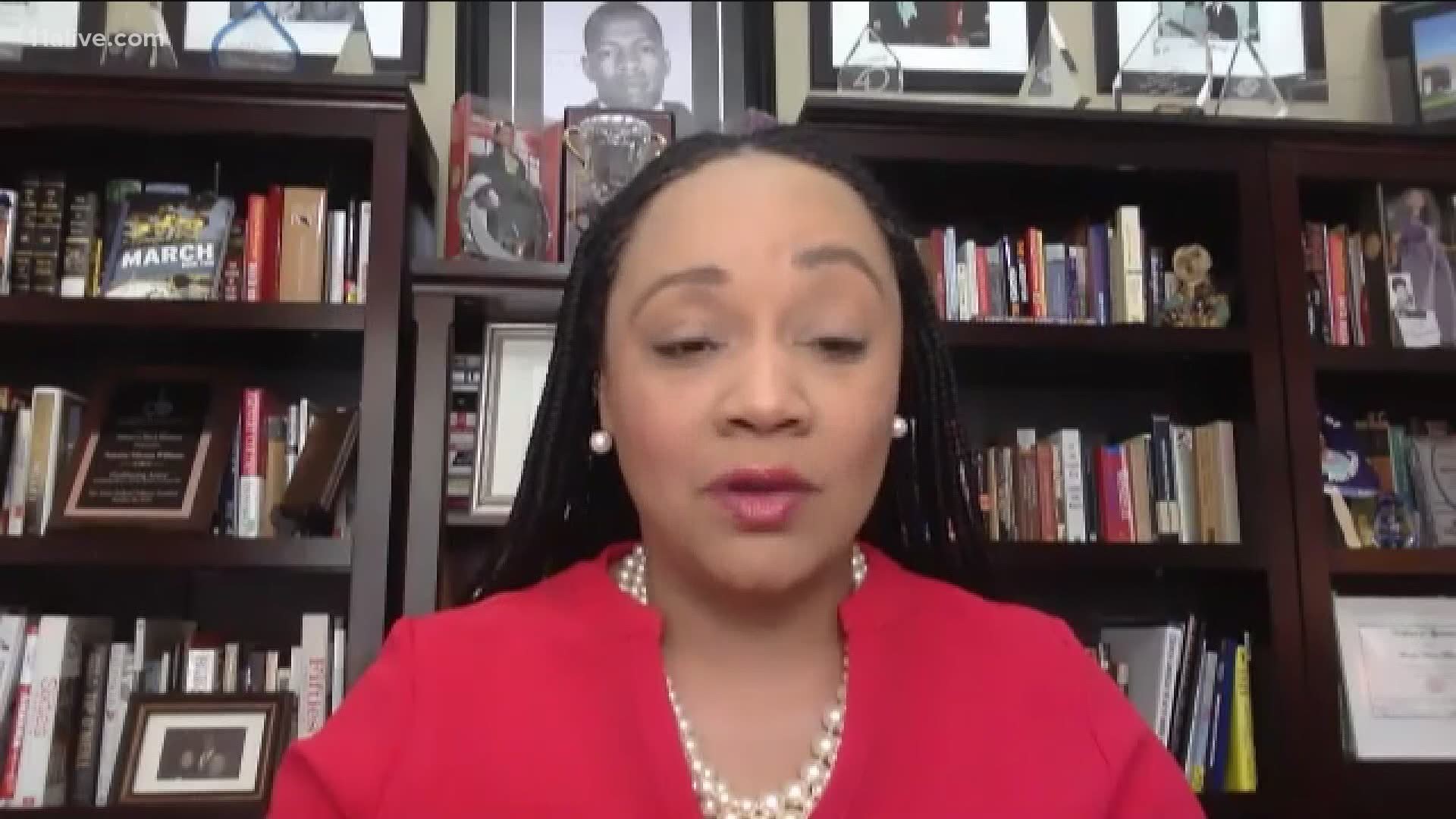 ATLANTA — In her first interview since getting named to replace the late Congressman John Lewis, state Sen. Nikema Williams defended the process that put her on the ballot just a few days after Lewis’s death.

It was her first interview since the Democratic Party of Georgia Executive Commitee named Williams to replace Lewis on the November ballot.

Williams chairs the Georgia Democratic Party. Two weeks ago, the party leadership chose her to replace John Lewis as the Democrat running for congress in Georgia’s fifth district.

Asked if she was "comfortable" with the process, Williams said, "Absolutely."

"We have a process in place. We followed the law. The Democratic party of Georgia has used this instance before, and other states have used this instance," she told 11Alive. "I’m going to be on the ballot in November to face the voters, and I’m looking forward to facing the voters in the fifth congressional district."

Asked if the process cheated voters out of the decision, Williams said, "voters will go to the ballot in November in one of the most consequential elections in our lifetime, and they will be able to voice their concerns and select the candidate of their choice."

Rooted in Atlanta, Georgia’s fifth congressional district is one of the most Democratic districts in America, making Williams the favorite to win. She faces a Republican newcomer, Angela Stanton King.

Williams' husband Leslie Small was an aide to Rep. Lewis, and Williams said the family was close to the late congressman, who died July 17 following a diagnosis of pancreatic cancer.

Lewis fought for voting rights prior to and during his career in congress.

"Congressman Lewis has been around me for a long time. He has been a mentor and a friend. He knows the work that I have done in this party," Williams said, when asked what Lewis might think of her ascension.

"I have been in the trenches. This is not some thing that I planned or set up. This is something that came when preparation meets opportunity, and I just happen to be the person that was adequately prepared at the time that this opportunity presented itself," she added.

Democratic strategist Tharon Johnson and others had suggested that Williams resign in January in order to allow a special election with a wide range of candidates to allow Democratic voters to make their choice to replace Lewis.

Asked about that, Williams said the district couldn't afford a prolonged empty seat.

"I am looking forward to being the voice of the voters of the fifth congressional district," she said. "When we defeat Donald Trump on the on the ballot in November, we are going to need someone representing us right here in the fifth district in the first 100 days of this administration. We’re going to need to hit the ground running, and I’m ready to do that."

There will be a special election in September to fill the remaining weeks of Lewis's term, which expires in January.  Williams declined to become a candidate in that special election.