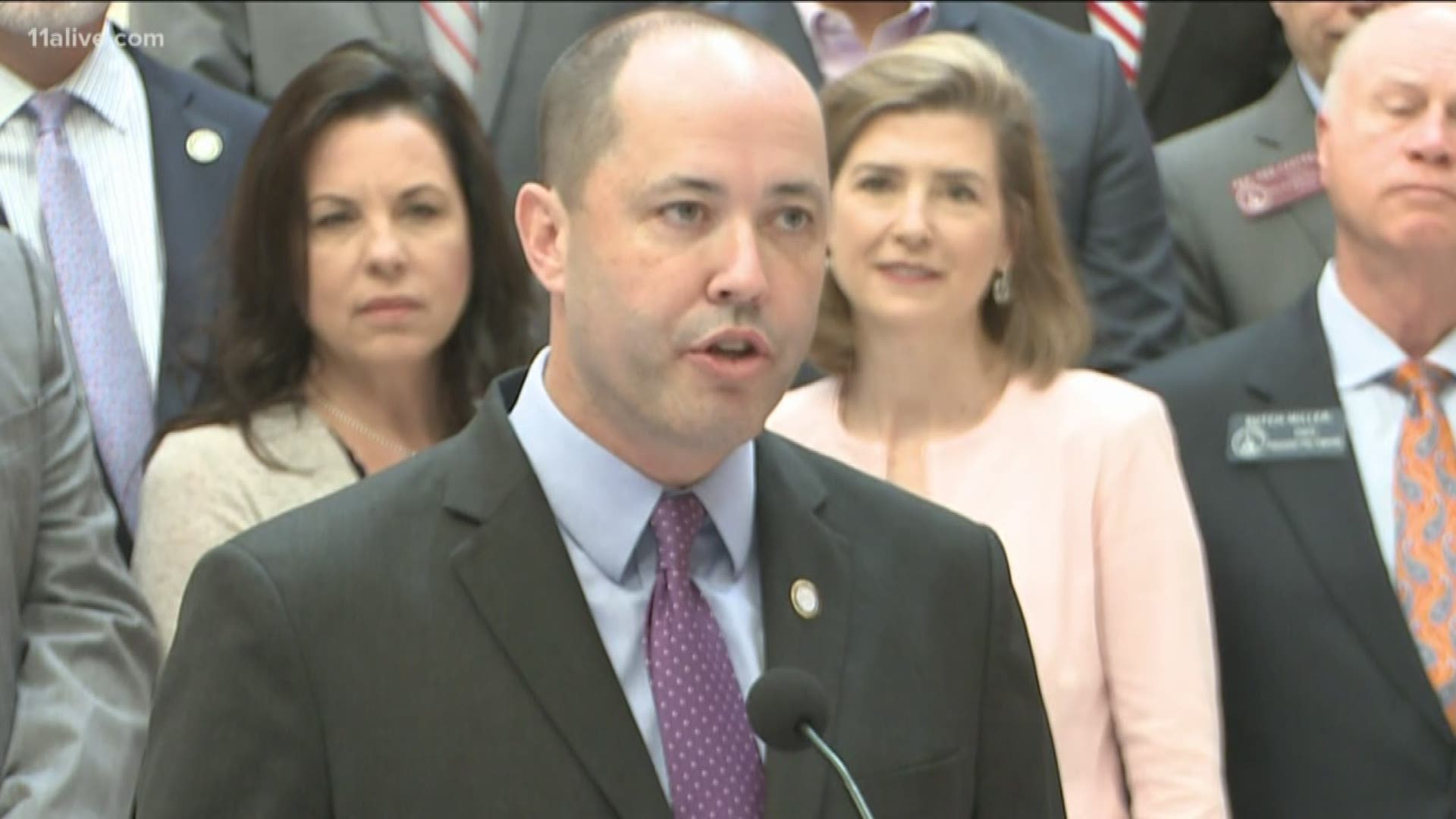 ATLANTA — A new six-person unit of the attorney general’s office will be specially charged with prosecuting human trafficking cases in Georgia, Gov. Brian Kemp and other state leaders announced Friday.

The unit, which Kemp said was created out of a $370,000 allocation to state Attorney General Chris Carr’s office, was billed as the first of its kind in Georgia.

Advocates like Camila Zolfaghari of Street Grace in Atlanta welcomed the announcement.

“It takes tremendous case work to get a full case, to prosecute everyone who’s exploited a child and it’s why specialized units make such a difference," she said.

Zolfaghari has dedicated her life to rescuing children from sex trafficking and putting the traffickers in prison.

She goes into middle schools and speaks to 12-year-old girls, warning them about predators wanting to lure them and entrap them and enslave them.

Kemp said the average age of a human trafficking victim in our state is 14.8 years.

Zolfaghari said she knew she needed to be at the state capital, standing with political leaders as they made the announcement. It fulfilled a long-held hope of hers that more resources would be put toward the full fight.

“Making sure you get not just the low-hanging fruit, easy-to-spot bad guy who dropped her off, but those who are buying her, as well," she said.

The plan is to bring the toughest prosecution possible to every county of the state.

Carr said the new unit would allow his office to pursue cases in districts where there might not be the resources for local authorities to fully prioritize trafficking cases.

“To show the state means to get into the fight, and is now putting the resources, I think sends a message that no matter where you are now in the state of Georgia, it isn’t gonna matter,” he said. “You’re gonna have the state attorney general’s office that’s willing to go there and make a difference.”

The new office will include a senior prosecutor, to act as the lead prosecutor on all cases that originate with the office, a junior prosecutor, a criminal investigator, a crime analyst, a victims’ advocate and an administrative assistant.

“This new unit will strengthen our fight against human trafficking in Georgia and give a voice to those that need it the most,” Kemp said.

The governor said Georgia has some of the highest human trafficking rates in the country. According to the National Human Trafficking Hotline, more cases have been reported in Georgia, 157, than in all but seven other states.

Most of those, 108, have been sex trafficking cases, according to the hotline organization.

The unit is one of the byproducts of Georgia First Lady Marty Kemp’s GRACE Commission (Georgians for Refuge, Action, Compassion and Education).

“This is a prosecution unit, not a task force, so this is literally - these are gonna be folks that are going into court, making sure that those that are buying and selling are put behind bars,” Carr said.

He said the unit would begin its work starting on July 1.