The senator's office says it would establish protections from 'laws that make it harder to cast a ballot.' 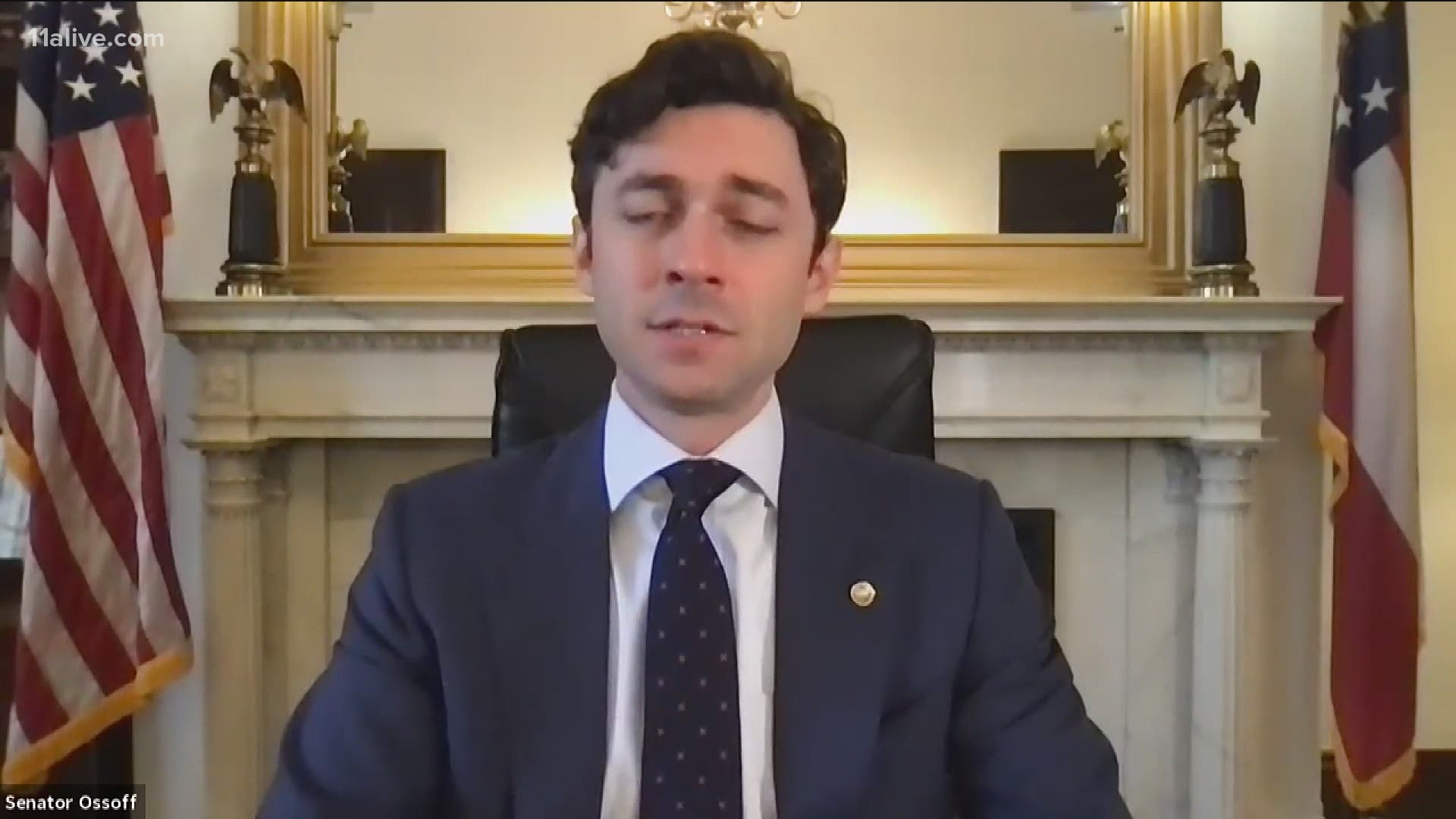 The Georgia senator's office said in a release that the bill would serve to protect people from "laws that make it harder to cast a ballot."

One provision would allow voters to challenge in court "any policy that restricts ballot access," Ossoff's office said, while "states attempting to restrict voting access will have to meet a high bar to justify any policy that makes it harder for U.S. citizens to participate in federal elections."

The bill is being called the "Right to Vote" Act.

RELATED: What is the John Lewis Voting Rights Advancement Act?

"The Right to Vote Act protects all actions necessary for Americans to participate in elections, including registering to vote, obtaining any ID required to vote, casting a ballot, and ensuring that ballot is counted," a release said.

Ossoff, in a statement, said the Act "will for the first time enshrine the right to vote in federal statute and allow U.S. citizens to challenge in court any policy that makes it harder for them to participate in elections."

The senator's office said companion legislation was being introduced in the House by New York Rep. Mondaire Jones.

It's not clear what kind of across-the-aisle support for the bill Ossoff might be able to muster, with several Democratic voting rights bills running up against Republican opposition.