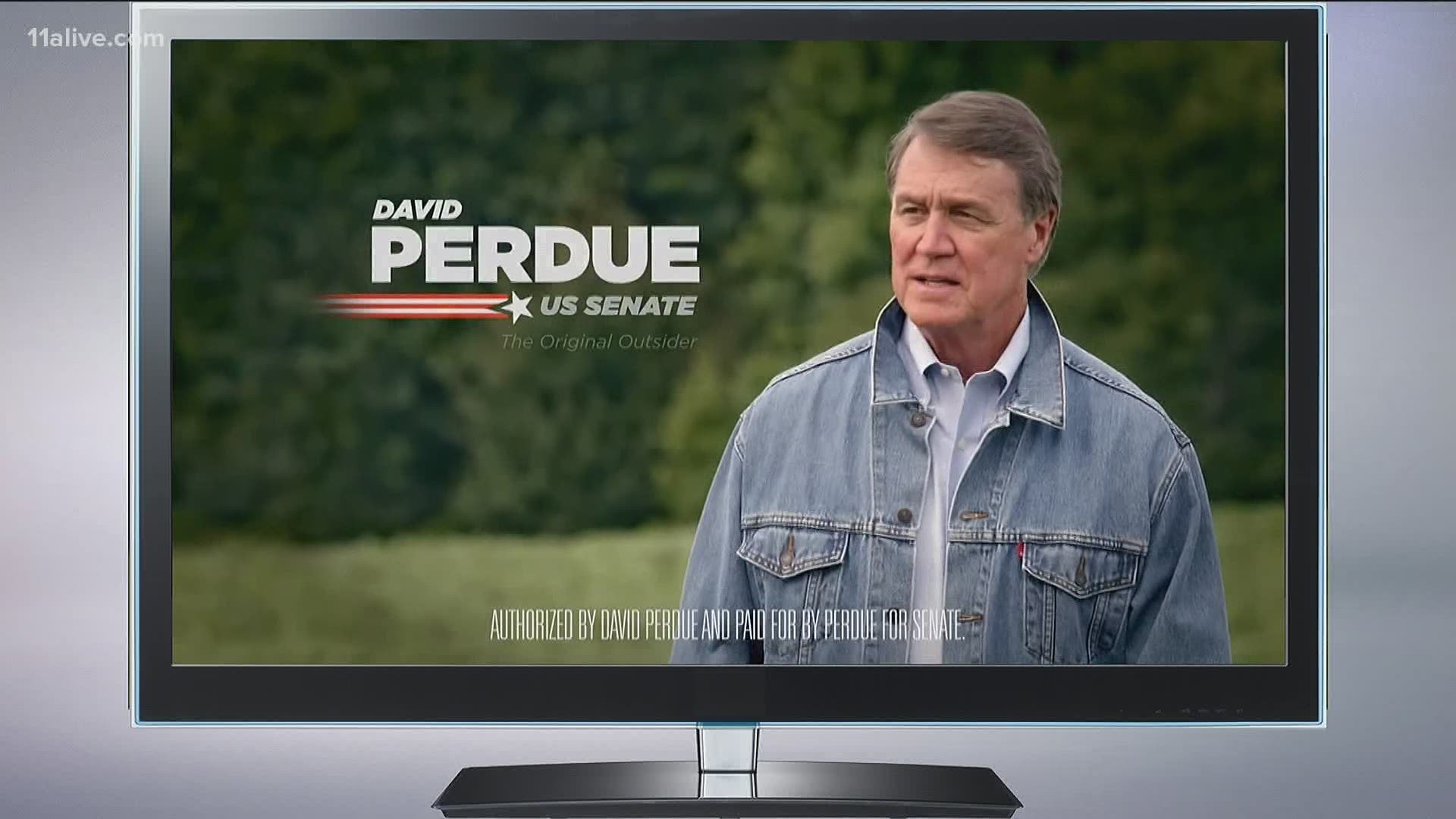 ATLANTA — The fact-checking site Politifact says Senator David Perdue has been falsely claiming that he wants to protect pre-existing conditions in health insurance. It cites a commercial that ran last month – and his votes to repeal the Affordable Care Act.

The ACA – more commonly known as Obamacare – is the federal law that currently protects pre-existing conditions in health insurance. It’s the only part of the law on which both political parties agree.

The ACA has been under fire since Donald Trump became president, including Republican efforts to repeal it, and efforts to strike it down in court.

But here’s what Republican Sen. David Perdue said in his recent commercial: "Health insurance should always cover pre-existing conditions for anyone, period."

Politifact describes the ad as "false" because Sen. Perdue voted to repeal the ACA; and that a Perdue-sponsored bill to replace the ACA contained a loophole that could exclude pre-existing conditions. That bill never got a vote.

"I support a nonprofit public option (in ACA) and I will always protect Georgians’ right to buy private insurance or employer based insurance," he added.

Senator Perdue’s office, as well as his campaign, did not respond to 11Alive's request to clarify his support for coverage for pre-existing conditions; and for comment on the Politifact rating.