Georgia's Republican Senator is visible on TV - but not in public. 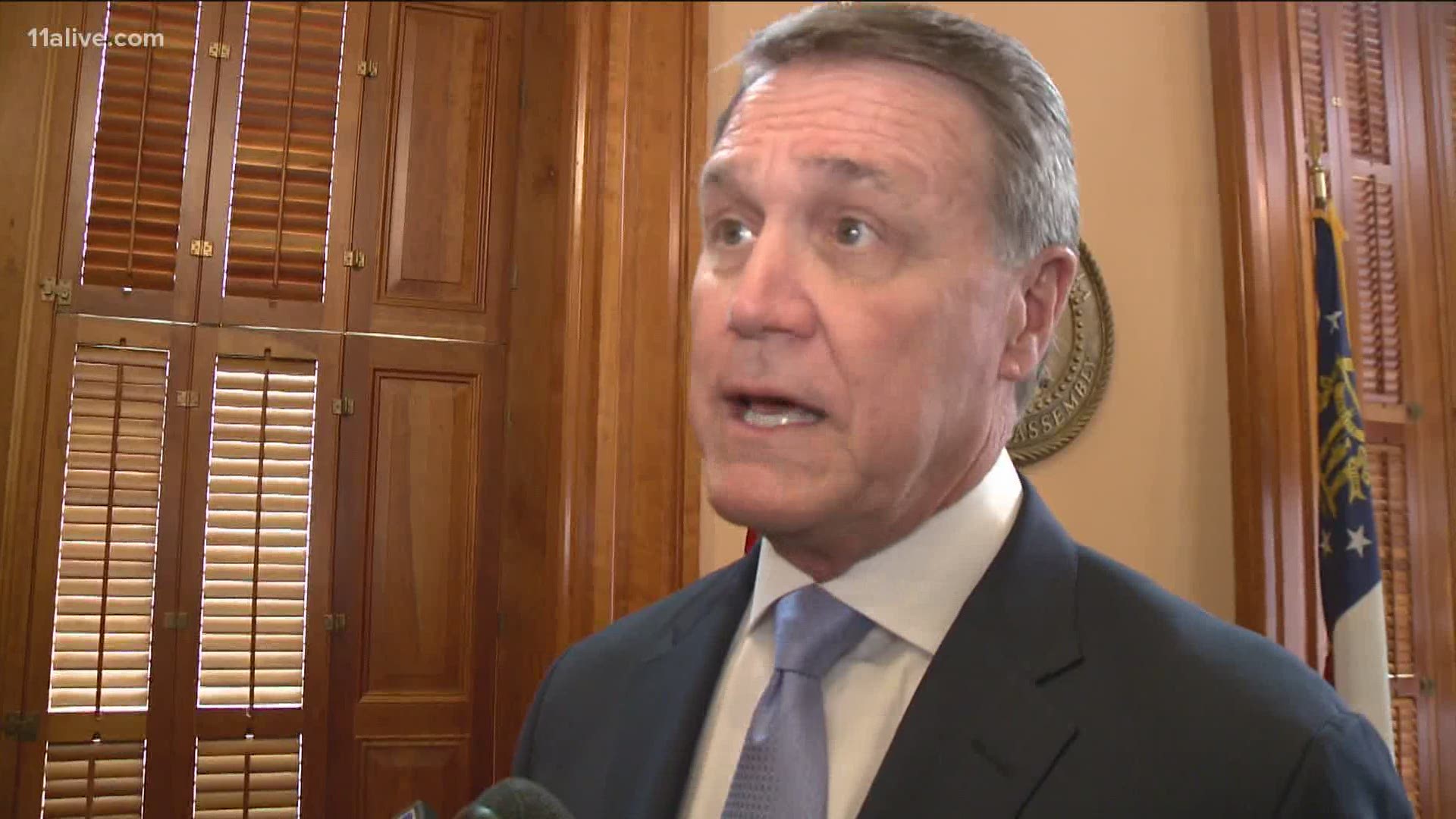 ATLANTA — One of the most important elections on the Georgia ballot has stayed mostly quiet as Labor Day approaches. And it may be by design.

When he ran for the US Senate six years ago, David Perdue was a visible challenger – in TV advertising and out on the campaign trail. This year, so far, he seems to be letting his advertising do most of the talking.

Sen. Perdue’s office says the senator spent August traveling around the state. Press releases document Perdue’s visits with photos sent out after his events have concluded. Perdue rarely sends out a schedule in advance.

When he has – as for a DeKalb County event in April 2017 – he sometimes draws noisy protesters. In fact, Caroline Stover is among those who regularly protest outside Perdue’s office in Buckhead, where they typically seek meetings with the senator.

"I don’t know anyone who has had face-to-face time with Sen. Perdue," Stover said. "It’s been three-and-a-half years."

Shortly into Donald Trump’s presidency, Perdue became an outspoken supporter of the president's policies. In February 2017, 11Alive News asked him about his constituent interactions.

"Well, I do it differently. I engage individually and in small groups. And I do a lot of that in this state," adding that he prefers that to larger town hall meetings.  Perdue has held no public town hall meetings in Georgia since then.

Trump’s policies drew protesters this week at events held by Georgia’s other Republican US Senator, Kelly Loeffler. Unlike Perdue, Loeffler has announced campaign events in advance and encouraged attendance. Loeffler’s Twitter site even showed protesters inside one of her events Thursday.

"I can understand why he’d not want to be around chanting people," Stover said.  But "if he’s afraid of controversy, then he shouldn’t be our representative in Washington, DC."

Perdue continues to be a regular on national cable news shows, particularly on Fox News.

His office didn’t respond to our request for comment on this story.