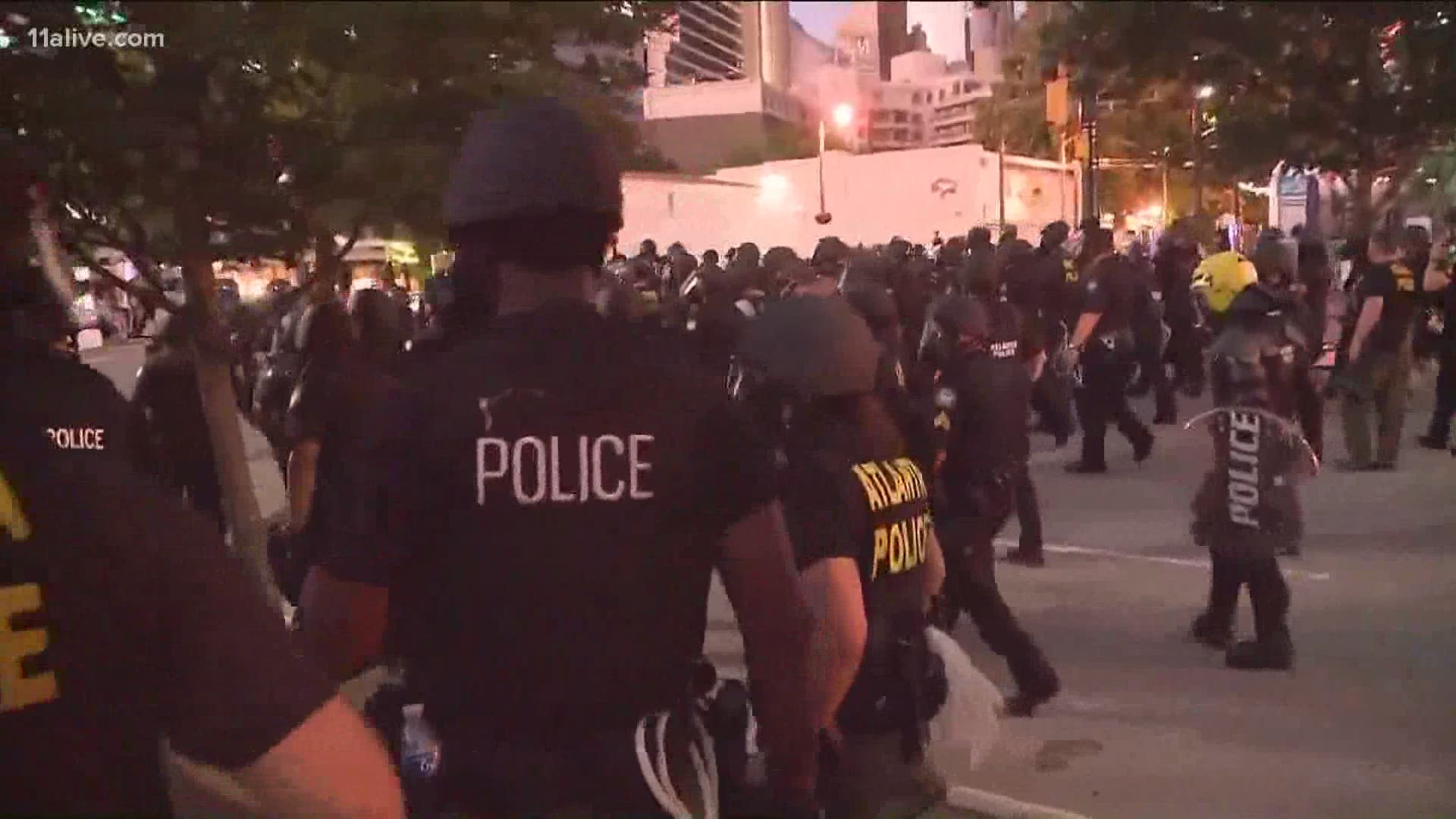 ATLANTA — Backers of police reform bills in the legislature said the outlook has dimmed – in spite of passage of a hate crimes bill Tuesday.  A separate bill passed Tuesday that broadened the power of police to file lawsuits against people they think are targeting law enforcement.

House Speaker Rep. David Ralston (R-Blue Ridge) has said he would make a priority of police reform bills in the 2021 session of the legislature, but backers of such reform aren’t convinced.

On one hand, Democratic lawmakers have filed a multiple bills that would require police to wear body cameras, restrict their use of tear gas and tasers and choke holds.

Republicans have promised to study police reform through the remainder of this year.

On the other hand, the Republican majority passed a bill Tuesday that would allow police officers to sue people or organizations or the head of an organization for damages suffered during the performance of the officer’s official duties.

It broadens the power of individual police officers, at least in court.

"All we have done is fool the people by giving them a hate crime bill and on the other end, you’ve given them more police powers than they’ve ever had before," said state Rep. "Able" Mable Thomas (D-Atlanta).

Thomas is among those who hope lawmakers will rein in police powers – but think the passage of that bill Tuesday signals that’s not likely.

"Once the protesters stop being in the street, they’re expecting we’ll go back to business as usual in the state of Georgia," Thomas said of the GOP majority.

Republicans say they will look at police reform – but with an analytical eye.

"I think there's room for some change. Obviously a lot of people want to take a close look," Hitchens said. "But let’s get some of the emotion out of the thing and look at the facts and figures and deal with it again next year."

All of the police reform bills introduced and mostly ignored this year will need to be reintroduced to be considered next year.