Leaders from both parties now claim the rhetoric encouraged the attack. 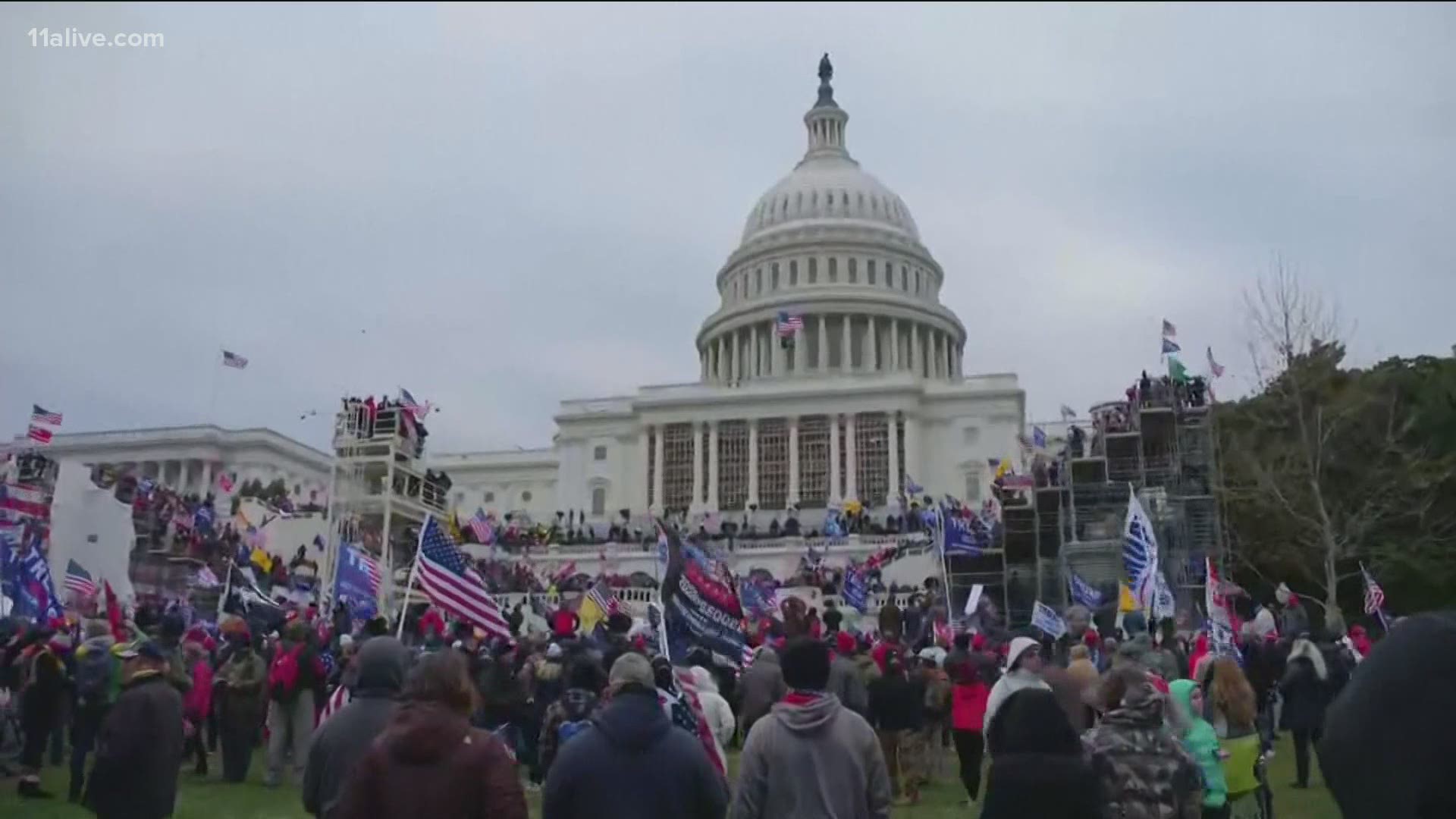 Leaders from both parties now claim that rhetoric encouraged the attack. While President Trump sowed doubt into the results before Nov. 3, his staunchest supporters pledged not to accept the results after Biden’s win.

“When you take away our rights and destroy our way of life, then we will shut the country down,” yelled one Trump supporter at a ‘Stop the Steal’ rally outside the Georgia Capitol in mid-November.

“This is a fraudulent, stolen election,” said Green in a Facebook video posted on Dec. 19, who has previously embraced conspiracy theories connected to QAnon.

Congressman Jody Hice, of Monroe, put gas on the growing fire of misinformation before and after the November election.

“There is no question of widespread fraud and I can speak specifically for the state or Georgia,” said Hice in an interview with Fox News on Tuesday and later posted on his taxpayer funded official website.

Loeffler dodged questions about the election’s legitimacy during a December debate hosted on Georgia Public Broadcasting.

“It’s very clear there were issues in this this election,” said Loeffler, when asked if she believed the election was rigged.

She and Perdue often shared a stage with Trump as he told supporters not to accept Biden’s win.

After months of Trump and lawmakers' malice messages, hundreds of his supporters attacked the capital on Wednesday.

Mike Hassinger, a Georgia Republican consultant, said the lawmakers who spread disinformation share some responsibility in enflaming the rioters who attacked the Capitol.

“Oh, absolutely. They should have some responsibility in so far that they are elected officials with responsibilities who have taken legal oaths,” said Hassinger.

“They need to know what leadership means. Leadership is not fanning the flames when your most ardent supporters when they’re wrong," he added.

Green, Hice, Perdue and Loeffler condemned the violence. Loeffler later changed her mind about opposing Biden’s win, but only after the mob put her in potential danger.

“It would be nice to see someone to come out and admit I was wrong, but the behavior so far, has not indicated that is part of their character,” said Hassinger.

The first is to determine how much "Trumpism" has infected the party through intense polling.

“When I say 'Trumpism,' I don’t just mean fans or people who disliked Hillary Clinton. I mean the far deep conspiracy laden, you know, Trump does no wrong, QAnon is great,” said Hassinger.

The other step, Hassinger said, is to accept that their party will get their noses rubbed in Donald Trump’s legacy for at least the next two years.