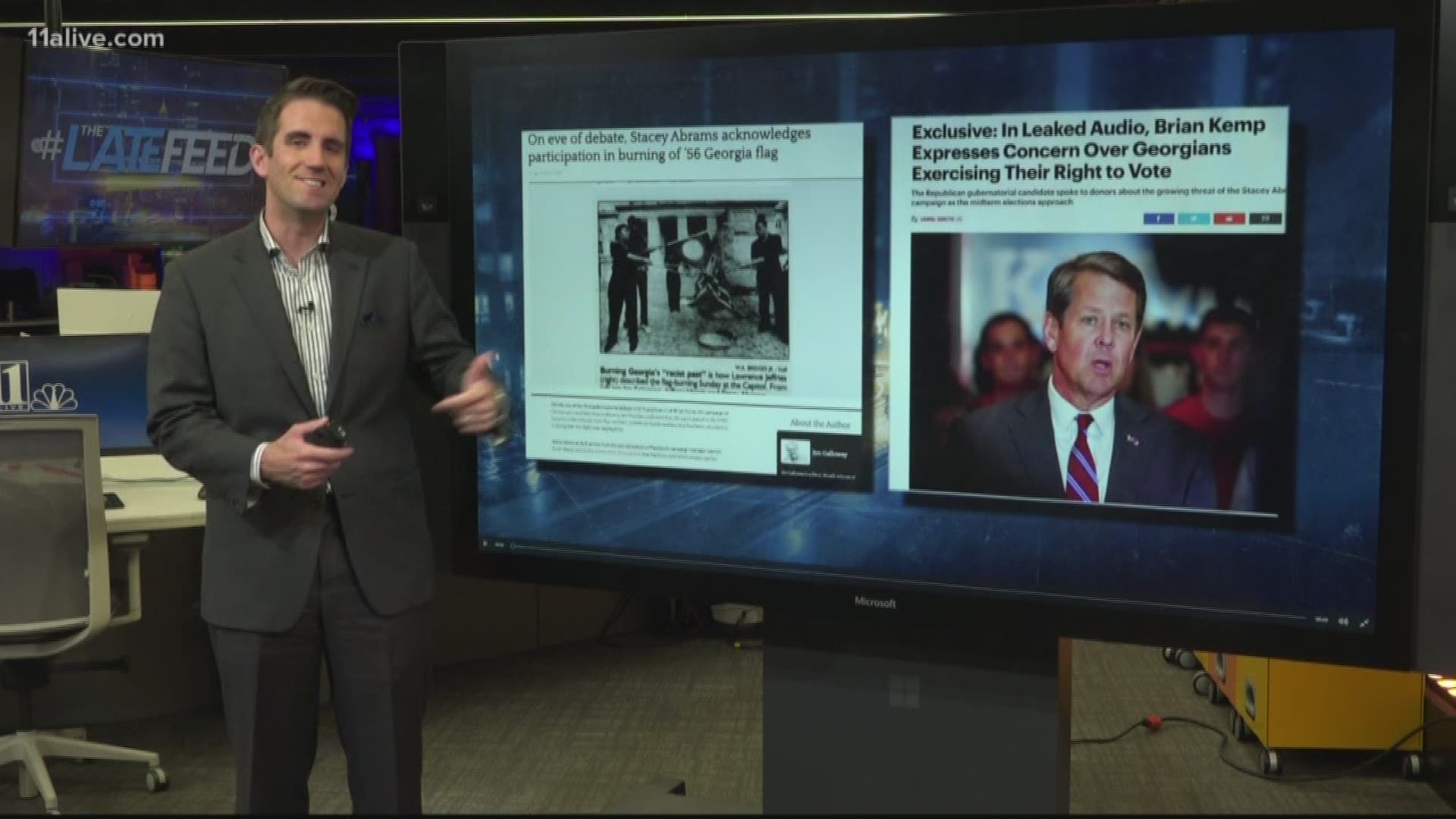 ATLANTA — The closely-watched gubernatorial election in Georgia is essentially tied, with a December runoff appearing possible if neither candidate surpasses 50 percent in the November contest, according to a new NBC News/Marist poll.

In a head-to-head contest among registered voters in Georgia, both Democrat Stacey Abrams and Republican Brian Kemp receive 47 percent support. Among likely voters, Kemp may have a very slight advantage, at 49 percent to Abrams’ 47 percent, but that result is well within the poll’s margin of error.

When libertarian Ted Metz is included on the ballot, Kemp’s lead shrinks to 1 point among likely voters – Kemp gets 46 percent, Abrams gets 45 percent and Metz gets 4 percent.

If no candidate tops 50 percent in the November contest, the top two vote-getters will face off in a one-on-one runoff on December 4.

REPORT | Over 100,000 purged from voting rolls in Georgia

MORE | Brian Kemp's office to be sued for purging 700,000 voters from Georgia rolls

Abrams, who hopes to be the first female African-American governor in the country, has focused on mobilizing minority and young voters who vote less frequently in midterm elections — as well as winning over women and college-educated voters who are disillusioned with the GOP.

Kemp won a contested Republican primary in July, largely by embracing Donald Trump and by airing controversial TV advertisements highlighting his opposition to illegal immigration and his support for the Second Amendment. (Gun control critics were incensed earlier this year when he appeared to jokingly threaten a teenage boy in an ad with a firearm just months after the Parkland school shooting in Florida.) But in the months since the primary, Kemp has tried to paint himself as a more mainstream Republican.

Those priorities appear to be reflected in each candidate’s performance with key voter groups.

When Metz, the Libertarian, is added to the question, he draws his strongest support from independents (eight percent) and white men with college degrees (10 percent).

Statewide, Trump has a 49 percent job approval rating among likely voters, with 45 percent disapproving. Among all registered voters, it’s tied at 47 percent approving and disapproving.

AND | Full list of early voting locations around metro Atlanta

Asked if they prefer a Congress controlled by Republicans or by Democrats, 48 percent of likely voters choose Republicans and 45 percent choose Democrats.

But asked a different way, 49 percent say they want their vote for Congress to send a message in support of more Democrats who will serve as a check and balance on Trump, while 44 percent say they prefer a message of support for Republicans who will back Trump’s agenda.

There is also a close margin of difference between those who say they would be more or less likely to back a candidate who supported Supreme Court nominee Brett Kavanaugh. About four-in-ten Georgia likely voters say they’re more likely to support a candidate who backed Kavanaugh (39 percent), compared with 36 percent who say the opposite.