For November’s 2020 presidential race, the poll shows Biden ahead of Trump by 11 points among registered voters 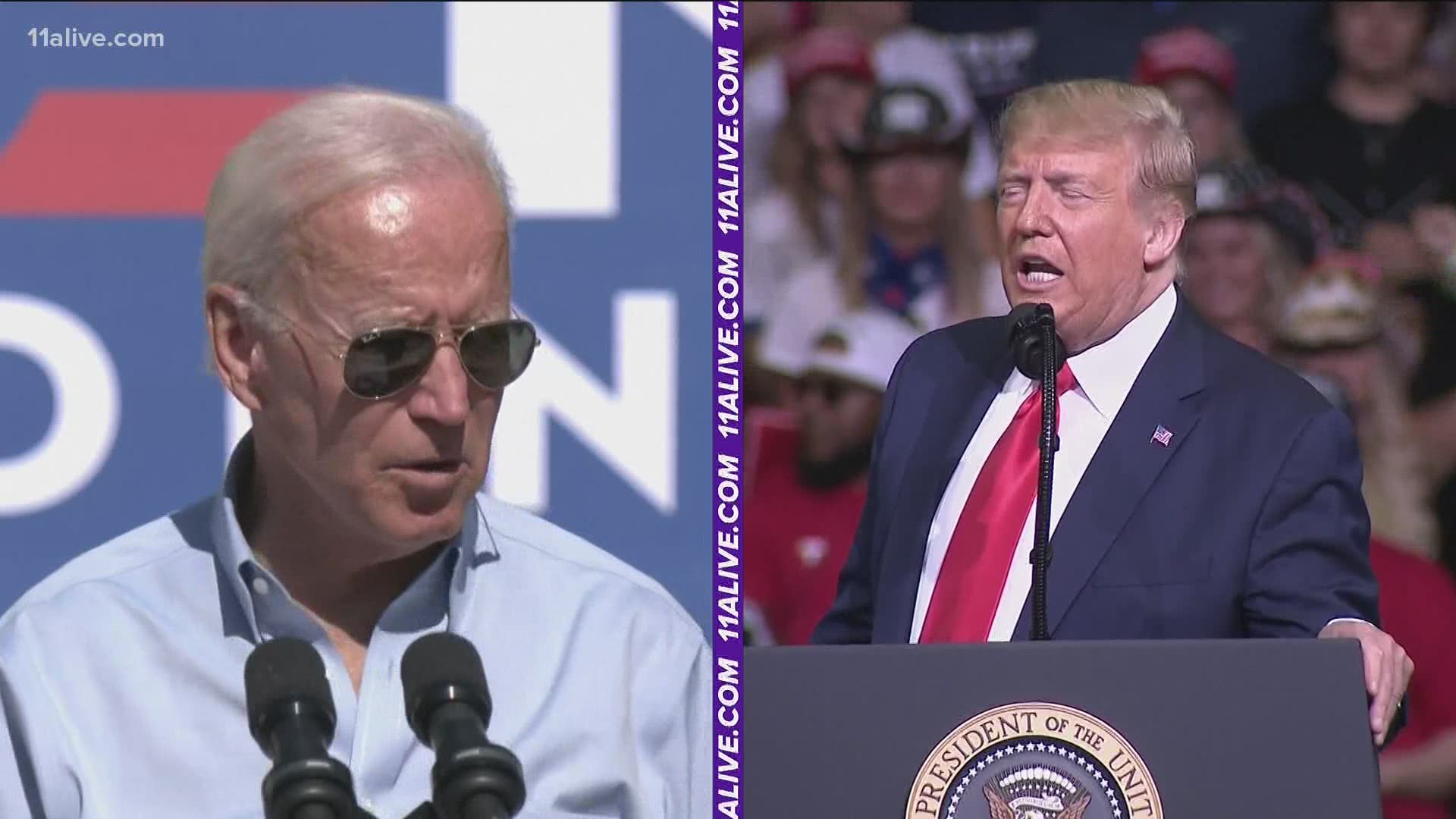 The poll indicates that about 7 in 10 voters believe the U.S. is on the wrong track and with majorities disapproving of the president’s handling of the coronavirus and race relations.

The NBC News/Wall Street Journal poll was conducted July 9 through July 12 with 900 registered voters. More than half of them were contacted by cell phone.

The poll has an overall margin of error of plus-minus 3.3 percentage points.

For November’s 2020 presidential race, the poll shows Biden ahead of Trump by 11 points among registered voters at 51 percent to 40 percent, which is well outside the poll’s margin of error.

Here some of the highlights from the survey.

Wearing a mask in public

In the poll, 74 percent of voters say they always wear a mask when shopping, working or being around others outside the home.

The NBC News/WSJ poll shows a that 72 percent of voters think the country is headed on the wrong track. The data shows this a 16-point jump on this question since March.

Just 19 percent think the nation is headed in the right direction. Data shows that this is the lowest mark on this question since July 2016.

The poll shows that 42 percent of voters approve of President Trump’s overall job performance. And there is 56 percent who disapprove of the president (including 50 percent of all voters who do so strongly).

Only 33 percent approve of his handling of race relations, but 54 percent of voters approved of Trump’s handling of the economy – his highest mark on this question since becoming president.

Ratings for Trump and Biden

Also, the Democrats’ lead in congressional preference has declined from 11 points in June’s NBC News/WSJ poll at 51 percent to 40 percent, to 4 points now (47 percent to 43 percent).

The poll shows that while more respondents say they’re enthusiastic about voting for Trump (23 percent of all voters) than Biden (14 percent), Democratic voters are slightly more interested in November’s election than Republicans.

Overall, 77 percent of voters have a high level of interest in the 2020 election, which is the highest level on the NBC News/WSJ question since October 2012.

Advantages for each candidate

The president leads among all White voters (49 percent to 42 percent), men (45 percent to 43 percent) and Whites without college degrees (57 percent to 35 percent).

The poll shows that  50 percent said there is no chance at all they would vote for Trump, compared with 37 percent who say the same of Biden.

In a a separate question, 52 percent said they would be “very uncomfortable” voting for Trump, compared with 38 percent who say that of Biden.

Here's what New York is sending Atlanta in COVID-19 response