The poll was conducted a little more than a week after the president tested positive for the coronavirus. 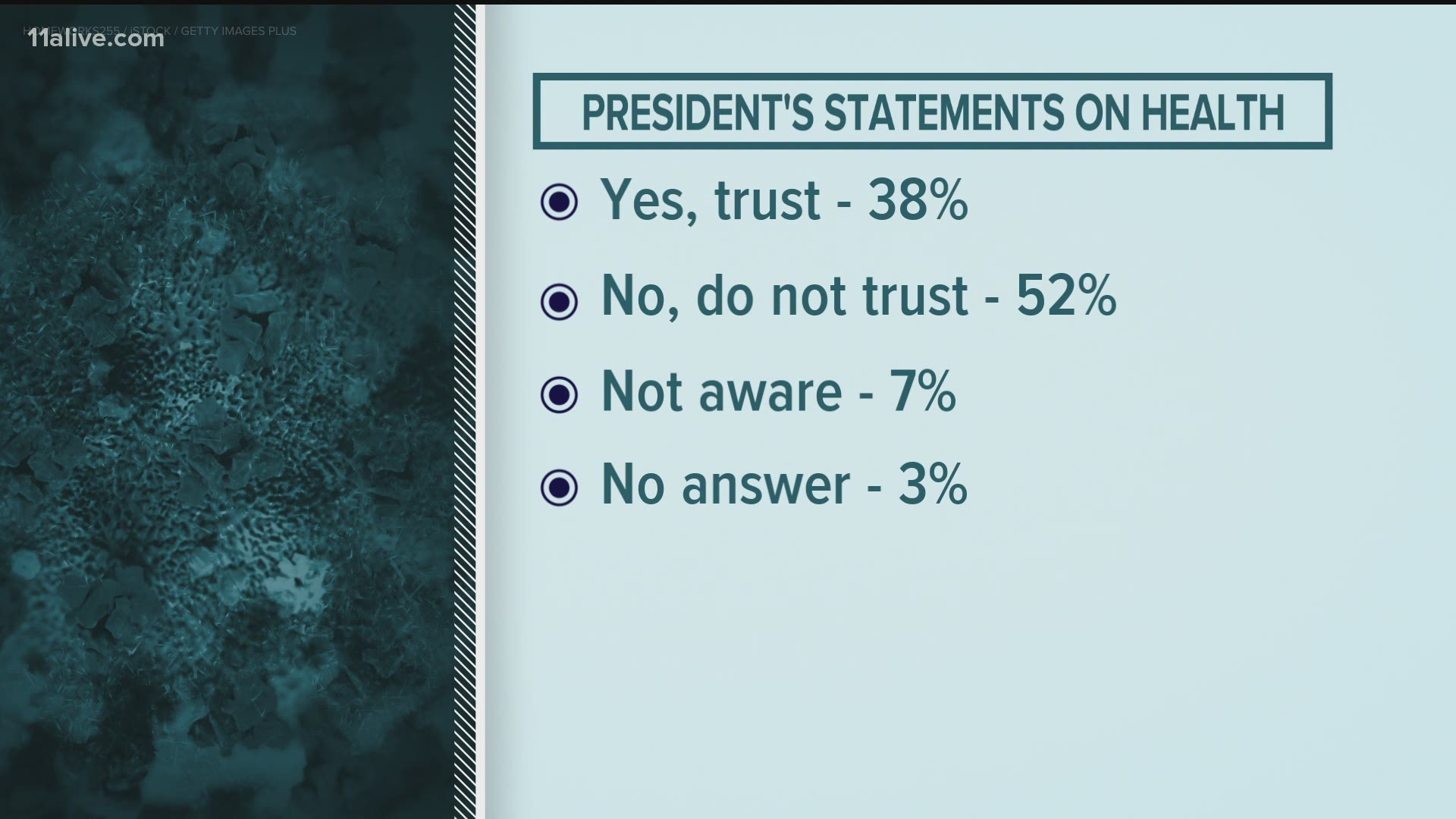 ATLANTA — In the wake of testing positive for the coronavirus, a majority of American said they don't trust what President Trump has said about his health, a new NBC News/SurveyMonkey poll found.

Another 10% said they were either not aware or had no answer.

The poll found a stark divide in that answer based on a respondent's political leanings, with 82% of those on the Republican side saying they trusted the president and 92% on the Democratic side saying they didn't.

RELATED: 'A leap of faith': Rep. Vernon Jones on crowd-surfing at a Georgia Trump rally - and why he'd do it again

Among those who identified as independent, 59% said they didn't trust his statements on his health compared to 20% who did.

The data came from 78,524 Americans who responded to SurveyMonkey's online polling between Oct. 12-18.

The poll also showed somewhat improving confidence in November's election, though still a broader lack of confidence overall, after many Americans have begun the early voting process - including record numbers in Georgia.

The poll found 19% of respondents saying they are "not at all confident" that the "November election will be conducted in a fair and equal way." That's down from a peak of 24% in mid-September. Another 31% said they "somewhat confident," the highest such rate since the question began being asked in August.

But overall, 53% still expressed a lack of confidence, versus 46% who generally express confidence.

Most Americans, 58%, said they will vote early in person or by mail, while 31% plan to vote in person on Election Day. Nine percent of respondents said they might not vote at all.