The USPS has quickly become a lightning rod in the presidential race over the issue of mail-in voting. 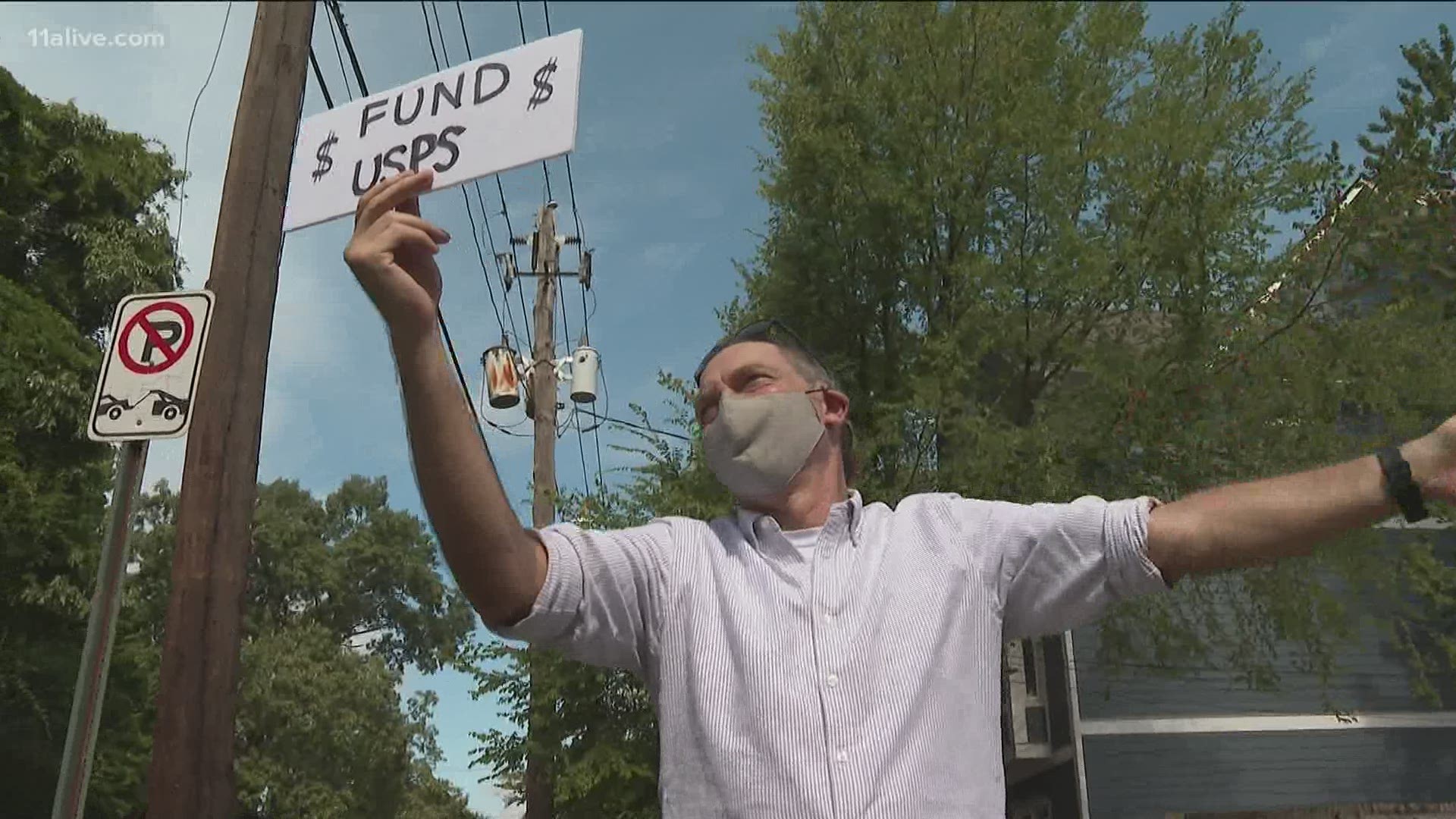 ATLANTA — Protests were held in metro Atlanta and the rest of the country on Saturday in support of the U.S. Postal Service, which has quickly become a lightning rod in the presidential race over the issue of mail-in voting.

DeJoy has faced calls for his resignation - just two months into his tenure as postmaster general - over viral episodes such as the removal of sidewalk mailboxes in Oregon.

With President Trump vocally skeptical of mail-in voting, activists have charged that the USPS is being deliberately mismanaged to disrupt absentee balloting process.

DeJoy told senators Friday he has zero plans to restore blue mailboxes and sorting equipment that have been removed, saying they are “not needed.” He did say that election mail would continue to be prioritized for delivery as in years past.

"Save the Post Office Saturday" protests around Atlanta were set to include (all are happening at 11 a.m.):

The U.S. House also convened for a rare Saturday session to pass legislation that would reverse recent changes in U.S. Postal Service operations and send $25 billion in emergency funds to shore up the agency ahead of the November election.