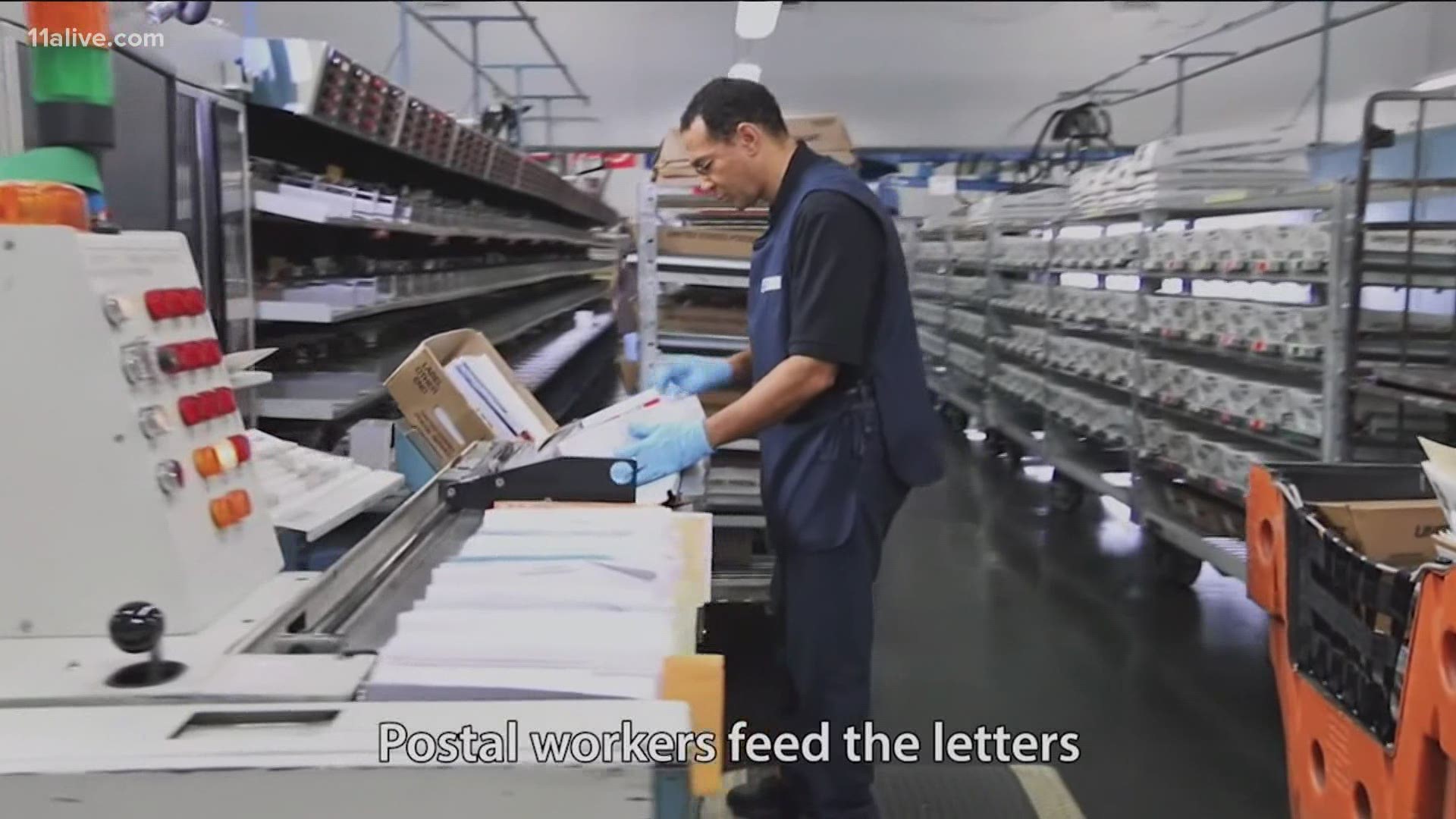 ATLANTA — The region’s largest postal facility is working with one-third fewer mail-sorting machines since the start of the summer, according to the postal union president.

She told 11Alive News it’s because the US Postal Service ordered them removed. She said it has slowed down the mail since then—just as absentee ballots are getting delivered.

Before the US mail moves out of the Post Office's Hapeville facility to metro Atlanta residents, it goes through a machine called a “delivery bar code sorter.”

A postal service video shows the machines sorting the letters into sequences that fit the routes of postal carriers—the final step before boxes of mail go to the loading dock and onto delivery trucks.

"That means you have to process all the mail on the machines that you have left," Brown said. "First class letters is one of the biggest things processed on those machines, as it relates to absentee ballots."

Brown said the slowdown includes absentee ballots, though she said postal workers have been working overtime hours to get ballots and other mail processed as quickly as possible.

In recent weeks, she said a fraction of the machines were re-installed at the Duluth facility.

The postal service inexplicably slowed down delivery of a drug prescription a month ago, said Decatur resident Kira Jones.

"I ordered it. It’s supposed to be two-day shipping. It usually gets there in one day or so. And it took two weeks," Jones said.  She said her health declined during the wait, and her prescription wouldn't allow her to re-order the medication in the interim.

She suspects the Atlanta USPS improperly sorted her mail, though she said she has no independent way to confirm it.

The postal service acknowledged a request for comment from 11Alive, but has not otherwise responded.

Brown, meanwhile, said voters can trust the US mail to handle absentee ballots, especially if they vote early. But, Brown also said she plans to vote in person.