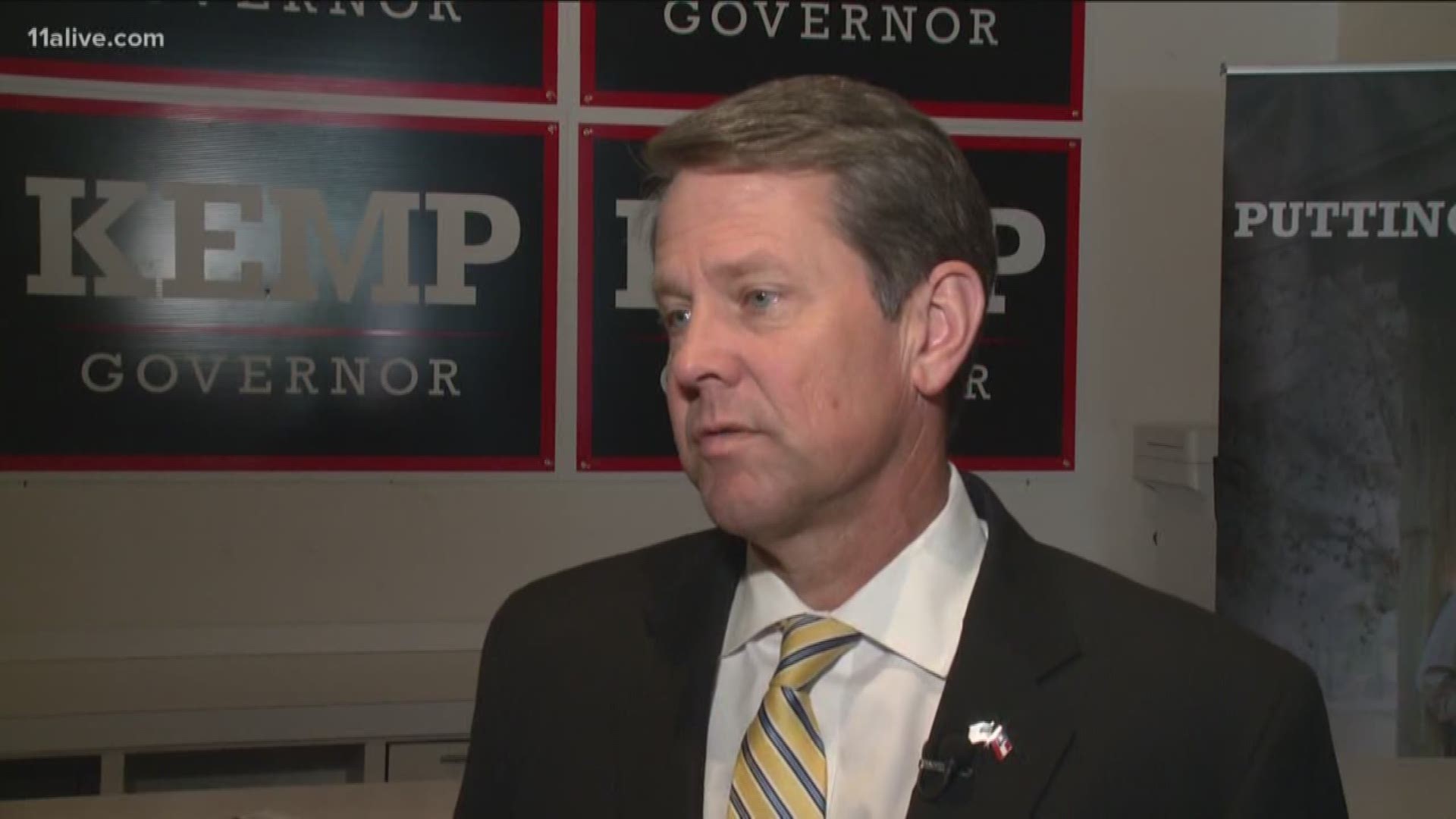 The nation's most watched governor's race got even more attention on Wednesday afternoon, when President Donald Trump endorsed Brian Kemp.

Kemp and Lt. Casey Cagle face each other Tuesday, July 24, in a GOP runoff to determine who will face Democrat Stacey Abrams this fall.

Brian Kemp is running for Governor of the great state of Georgia. The Primary is on Tuesday. Brian is tough on crime, strong on the border and illegal immigration. He loves our Military and our Vets and protects our Second Amendment. I give him my full and total endorsement.

"I am incredibly grateful to have President Trump's full and total endorsement," Kemp said late Wednesday afternoon. "Like the president, I am running as a politically incorrect conservative with a plan to put people over politics. As governor, I will unapologetically stand with President Trump to secure our borders, deport criminal aliens, crush gangs, and ensure a bright and promising future for our families."

11Alive reached out to others to see if they thought the endorsement would hurt or help Kemp.

He believes it will help.

"Obviously this is huge for our campaign," Kemp said. "So I'm very excited to have the president' standing with us."

"I'm a lot like him quite honestly," he said. "I've been in the private sector for 30 years. I ran because I was frustrated with the government."

"The president can draw tens of thousands of people to the polls who might have not been planning to come, and this could tilt the race in Brian Kemp's favor," he said. 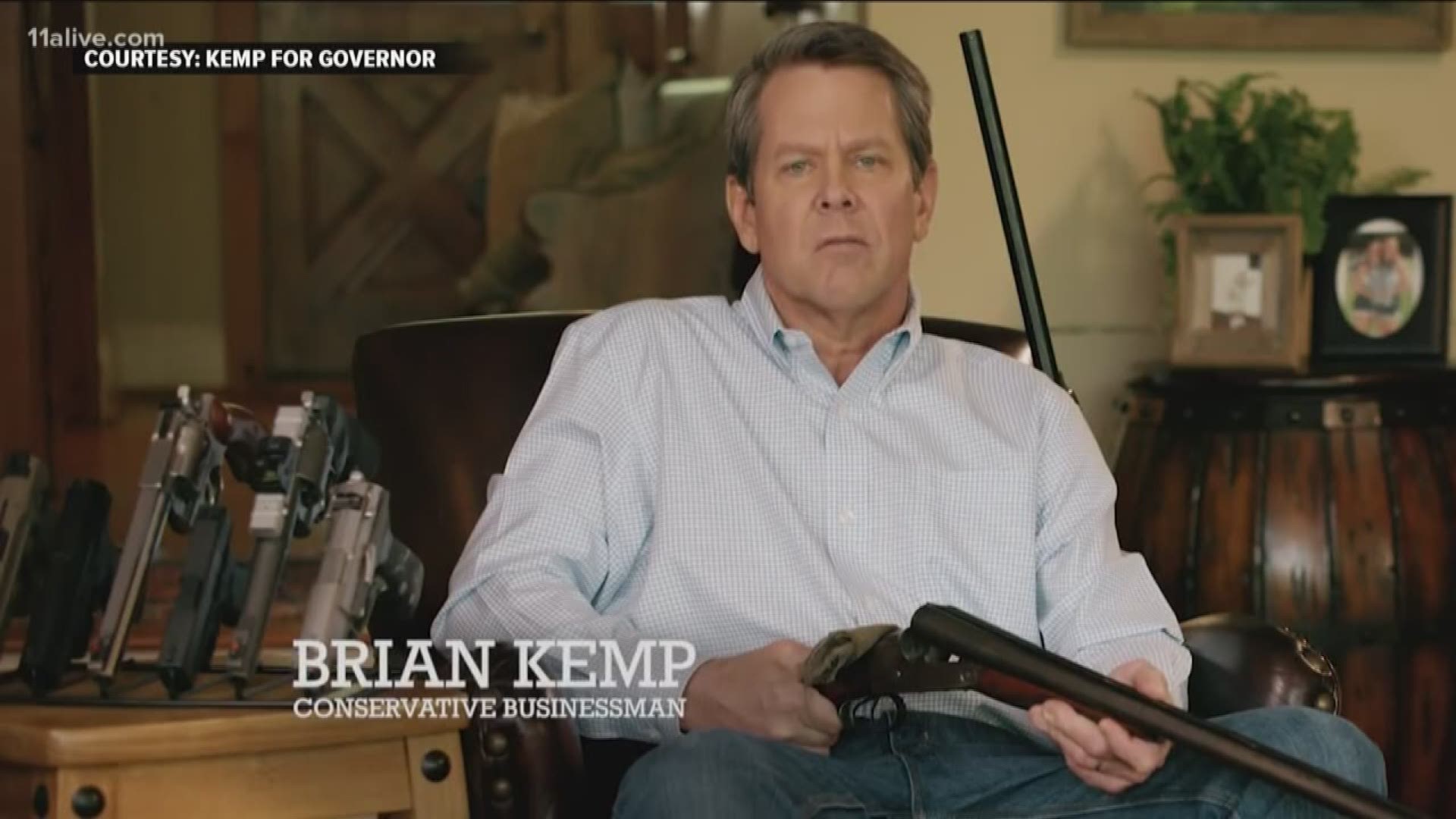 Recent polls show a virtual tie between Cagle and Kemp, who finished first and second, respectively, in the May 22 primary. Abrams handily defeated Stacey Evans in the Democrat primary.

Cagle issued this response to Trump's endorsement of his rival:

No hard feelings, @realDonaldTrump. I look forward to receiving your endorsement against the Democrats in November as I did for you (wish @BrianKempGA could say he did the same). https://t.co/3yR1jCi3gj

Kemp was endorsed earlier this week by the family of legendary UGA football coach Vince Dooley. He was also endorsed Wednesday by Clay Tippins, whose secret recordings of conversations between him and Cagle has played a major role in the runoff. 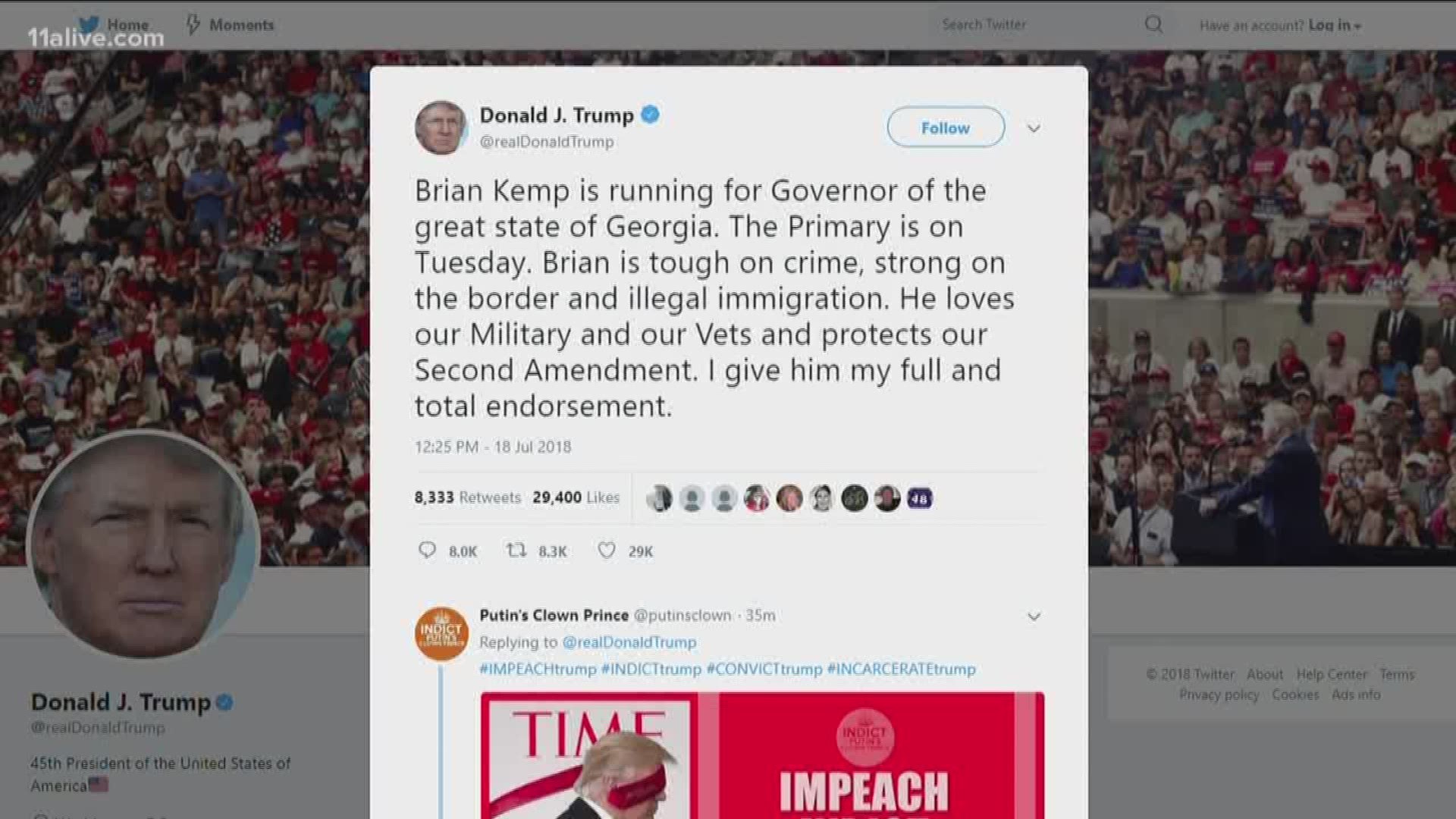 Cagle was endorsed earlier this week by Gov. Nathan Deal, who touted Cagle's ability to continue Deal's legacy as one of the nation's most business-friendly states.

While Cagle has been the overwhelming leader in terms of fundraising among both Democrats and Republicans in the race, Trump's endorsement of Kemp is undoubtedly the biggest in the race.

Trump won Georgia by a solid margin in 2016 over Democrat Hillary Clinton.

On the Democratic side, Abrams tweeted about the Trump endorsement, saying the Georgia Republicans won't stand a chance "if we stand together."

Trump just jumped into the race for #GAGov. But if we stand together, Trump and whoever Georgia Republicans nominate next Tuesday won’t stand a chance. Join us: https://t.co/clJGJvZkQC #gapol pic.twitter.com/He6SLH4fMq