Kemp reportedly rebuffed the president on the request. 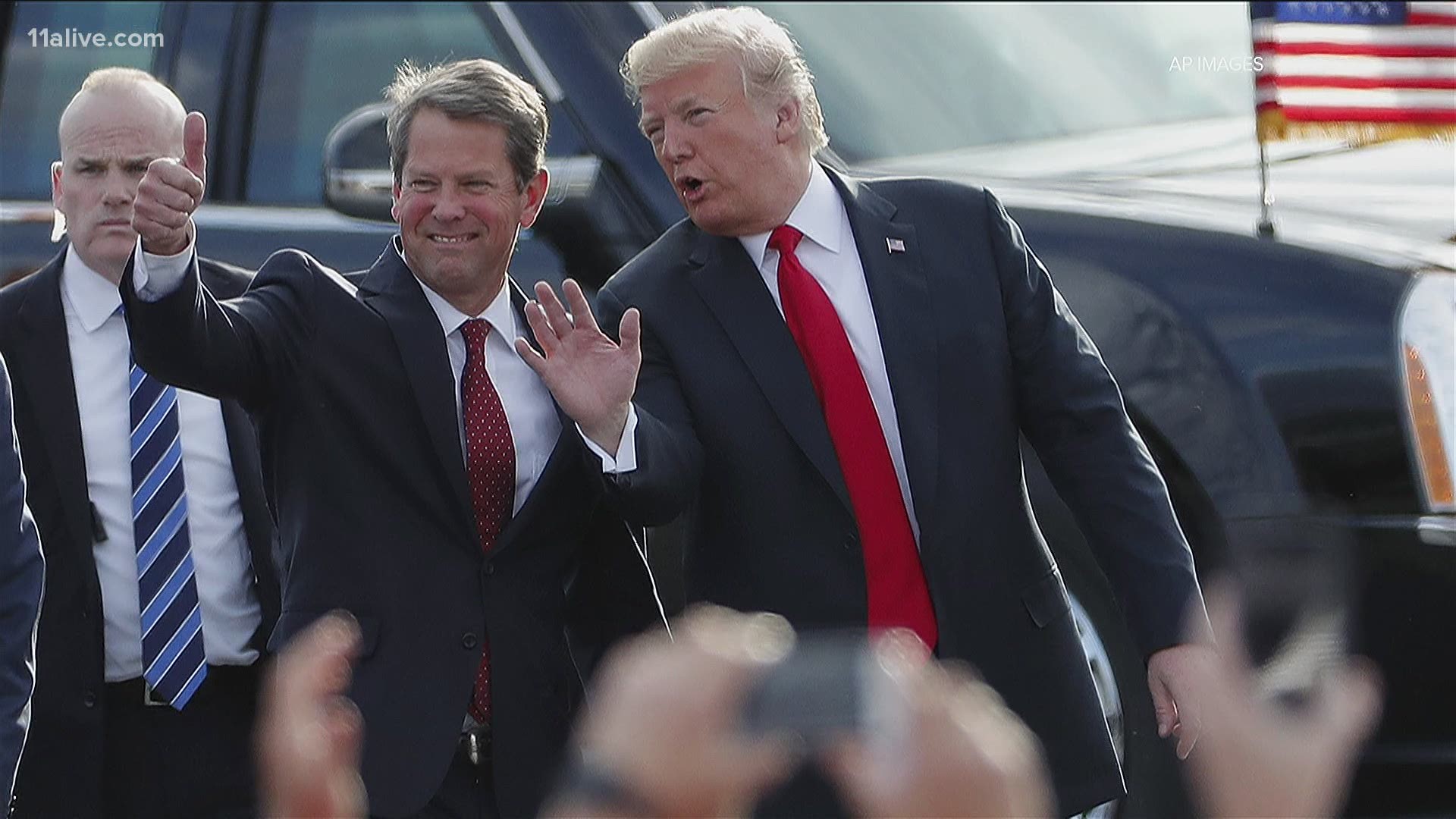 ATLANTA — President Donald Trump reportedly pressed Gov. Brian Kemp in a phone call this morning for a special session of the Georgia legislature to overturn the state's election results, according to The Washington Post and confirmed by CNN.

The governor reportedly rebuffed the president on the idea. Trump has previously urged Gov. Kemp in at least one tweet to "call in the legislature."

A special legislative session was urged by the president's advocates in a hearing this week before a state Senate Judiciary subcommittee, and has been pushed by diehard believers that President Trump has actually won the election, such as the attorney Lin Wood.

The idea behind a special session is this: In a special session, the legislature would re-write Georgia's election laws so that they could hand-pick Electoral College voters who would give the state's votes to the president.

Current Georgia law is fairly clear: The state's electoral votes must go to the party of the candidate who received the most votes - in this election, Joe Biden.

The political parties nominate their 16 electors (because the state has 16 Electoral College votes) ahead of the presidential election. Then, according to law, it's the governor's responsibility to certify the slate of electors submitted by the party whose candidate received the most votes.

Here's the actual language of the law: "The Governor shall enumerate and ascertain the number of votes for each person so voted and shall certify the slates of presidential electors receiving the highest number of votes."

RELATED: Trump visit to Georgia today | Everything you need to know

According to The Post's report, Kemp spokesman Cody Hall confirmed a conversation took place this morning between the president and governor. Kemp also alluded to it in a tweet.

As I told the President this morning, I’ve publicly called for a signature audit three times (11/20, 11/24, 12/3) to restore confidence in our election process and to ensure that only legal votes are counted in Georgia. #gapol https://t.co/xdXrhf1vI2

Trump is due to travel to Georgia this evening for a rally in Valdosta with Sens. Kelly Loeffler and David Perdue.

There is no indication that, even if Gov. Kemp were to call a special session of the Georgia General Assembly, there is sufficient support within the legislature itself to re-write law this way.