Here's what we know about the president's visit. 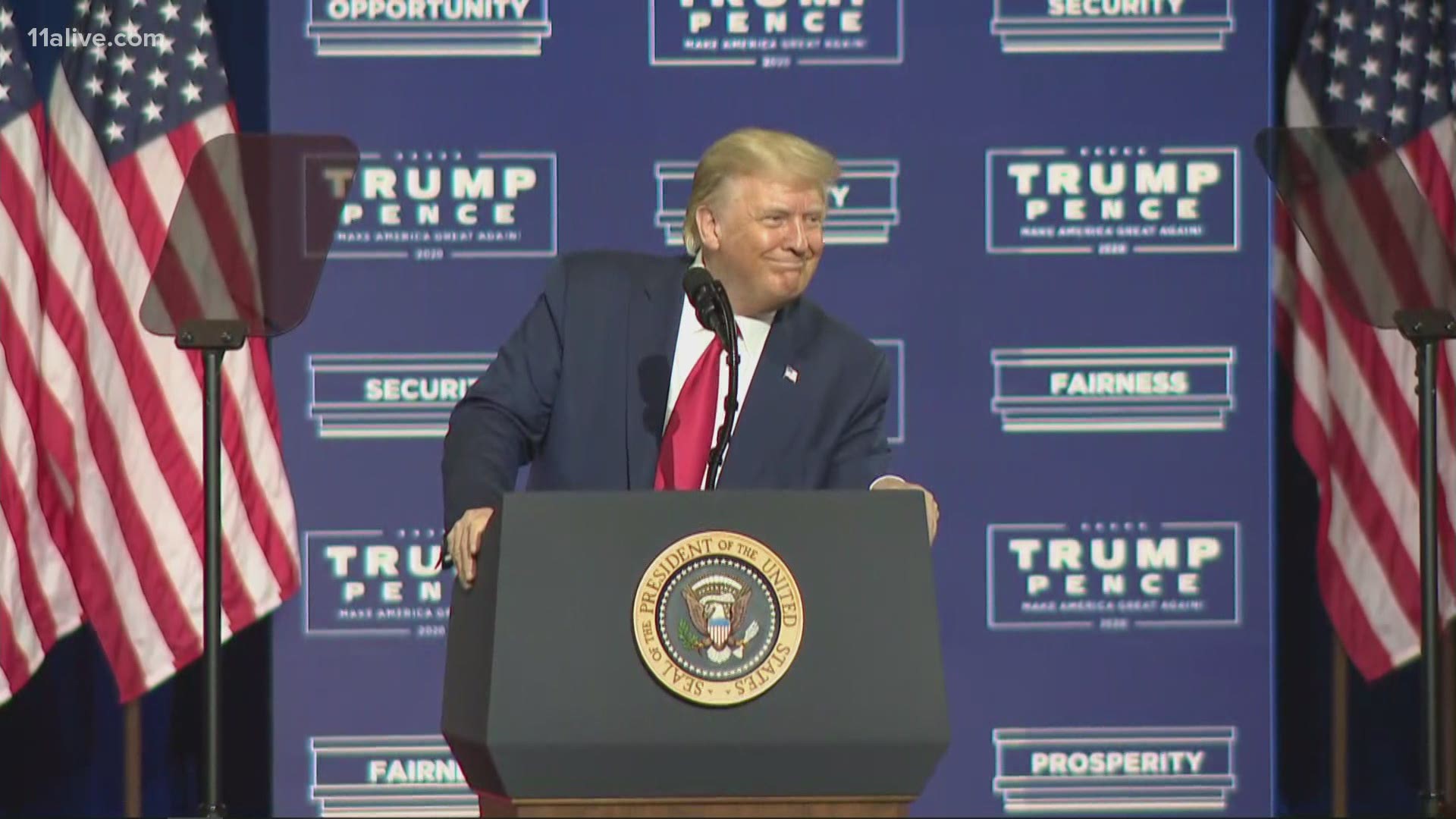 ATLANTA — It's the home stretch for the upcoming Nov. 3 presidential election, and President Trump is ramping up campaigning across the country, even as the nation continues battling the spread of COVID-19.

On Friday, the president made a swing though Georgia as he tries to persuade the state's Black voters, who reliably vote Democratic, to back him instead.

Here's what we know about the president's visit.

When will the president be in town?

According to the White House schedule, President Trump's visit will follow stops in Doral and Miami in swing-state Florida before he heads to Atlanta.

The president is expected to depart Miami around noon before heading to Dobbins Air Reserve Base aboard Air Force One and landing at about 2 p.m.

The president will then make his way to an event being held not too far away at the Cobb Galleria.

He's then expected to head back to Dobbins before departing the city for Joint Base Andrews just after 4 p.m.

Why is he here?

According to the White House schedule, the president will deliver remarks for an event called "Black Economic Empowerment: The Platinum Plan."

It comes as President Trump touts a claim that "nobody has ever done more for the Black community" than he has, though reports show that claim is shaky.

Ahead of his trip, high ranking Black Georgia democrats shared their view on what he has and has not done for the community.

The president's visit also follows those by high-ranking surrogates, including recent visits by Trump's children Ivanka and Eric, and an earlier visit by Vice President Mike Pence - all showing just how competitive Georgia has become in the 2020 election cycle.

"They know that Georgia is turning blue. So they’re coming here to try to make a difference," said state Sen. Valencia Seay (D-Riverdale), who supports Democrat Joe Biden. "We are ready to turn Georgia blue."

Will traffic be affected?

The president's visit will mostly be contained to Cobb County this time around, indicating that Friday afternoon traffic through town may not see as big an impact.

However, drivers in Cobb County, especially those near the Perimeter and I-75, and between Dobbins and the Cobb Galleria, may want to avoid the area during those hours of the president's visit to avoid any traffic headaches. If you do find yourself in motorcade traffic, check 11Alive.com/traffic for alternate routes.