Things to know about President Trump's visit to Toledo

The president will speak to a crowd at the Grand Aire facility at Eugene F. Kranz Toledo Express Airport at 7 p.m. Monday. 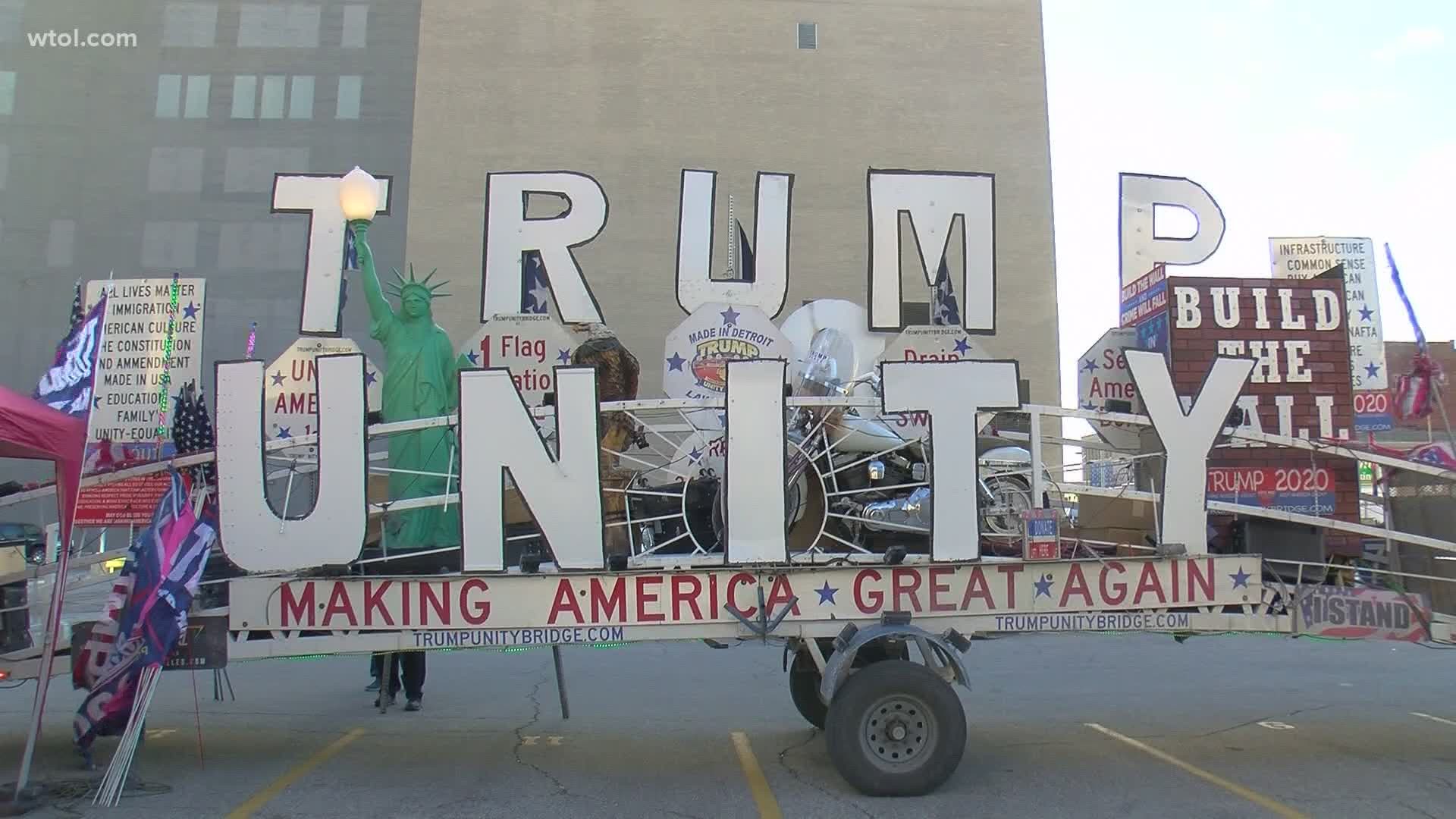 TOLEDO, Ohio — President Donald J. Trump is visiting northwest Ohio yet again on Monday, just 43 days before the nation decides who the next leader of the nation will be.

The president last was in our area on Aug. 6, as he toured the Whirlpool plant in Clyde and made an address at the plant. He also visited the Huntington Center in January.

Here's what to know about the president's planned trip to the Grand Aire facility at Eugene F. Kranz Toledo Express Airport.

Anyone attending the rally, described by the campaign as the Great American Comeback Event, must obtain tickets through the president's campaign website, http://events.donaldjtrump.com. There is a limit of two tickets per phone number. Rallygoers must give their name, state, ZIP Code, email address and mobile phone numbers. Those planning to attend also must sign a COVID-19 waiver.

Doors to the event open at 4 p.m., with the rally scheduled to start at 7 p.m. Access to the rally is through Grand Aire, 11777 West Airport Service Road in Swanton.

Are you planning to attend President Trump's Great American Comeback event at the airport on Monday?

The president is starting his time in Ohio on Monday at Dayton International Airport at 4:30 p.m. During this stop at Wright Bros. Aero, the campaign says the president will deliver remarks on "fighting for the American worker" to an invited crowd.

Ohio Gov. Mike DeWine will be present at that event. DeWine didn't attend Trump's visit to Clyde in August because he had a false-positive coronavirus test at the time and was unable to attend. DeWine will not be in Toledo.

DeWine, whose name was booed at Vice President Mike Pence's rally in Zanesville last week, has said that political gatherings are exempt from the Ohio Department of Health order limiting large gatherings because it falls under the realm of protected free speech. The Toledo-Lucas County Health Department, however, said it will provide masks for everyone in attendance.

WHAT COMES NEXT IN OHIO?

After leaving the Buckeye State on Monday, the president will be back in short order for the first debate of the campaign. Trump and Democratic presidential nominee Joe Biden are scheduled to debate on Sept. 29.

Trump and Biden will square off at the Health Education Campus of Case Western Reserve University and Cleveland Clinic on Tuesday, Sept. 29, inside the Sheila and Eric Samson Pavilion.

The debate will be 90 minutes long, airing from 9 p.m. to 10:30 p.m. The event will consist of six 15 minute segments. Fox News anchor Chris Wallace will serve as the debate's moderator.