The ACLU says the move could violate the Voting Rights Act. 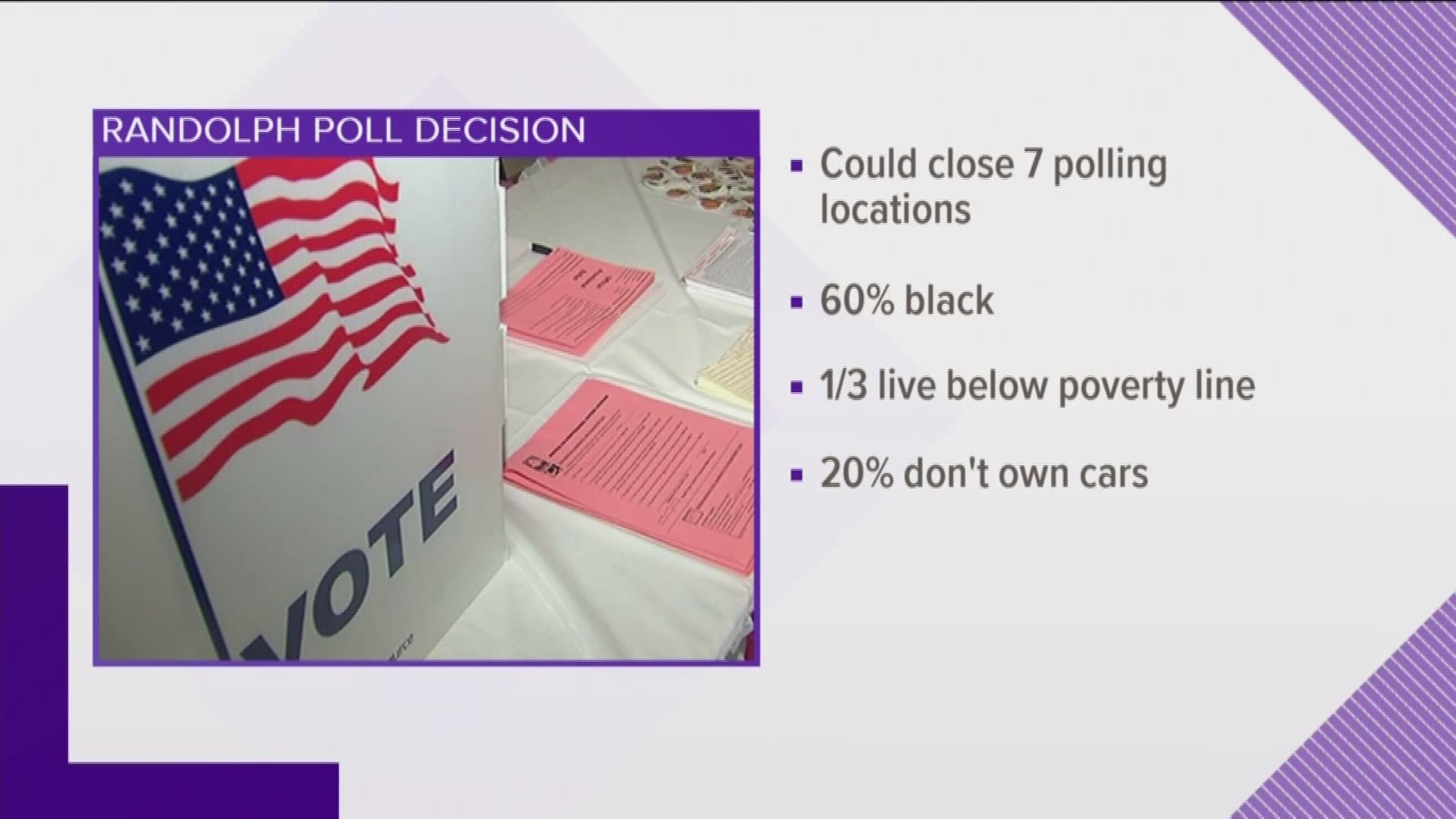 RANDOLPH COUNTY, Ga. — The ACLU of Georgia and Secretary of State Brian Kemp are in agreement that Randolph County should keep several polling locations.

The Randolph County elections board met Friday night to discuss the closing of seven polling places.

It caused a stir in the county because the rural county is about about 60 percent black, with one-third of residents living below the poverty line. About 20 percent of its residents also don't have a car, meaning some voters would have to walk miles to only one of two polling locations.

The ACLU argued that closing all those locations would affect voter turnout, and may even violate the Voting Rights Act.

Kemp said the board could do it, but said they shouldn't and should instead focus on preparing for the November election.