Feds have asked other cities to remove theirs: NYT report 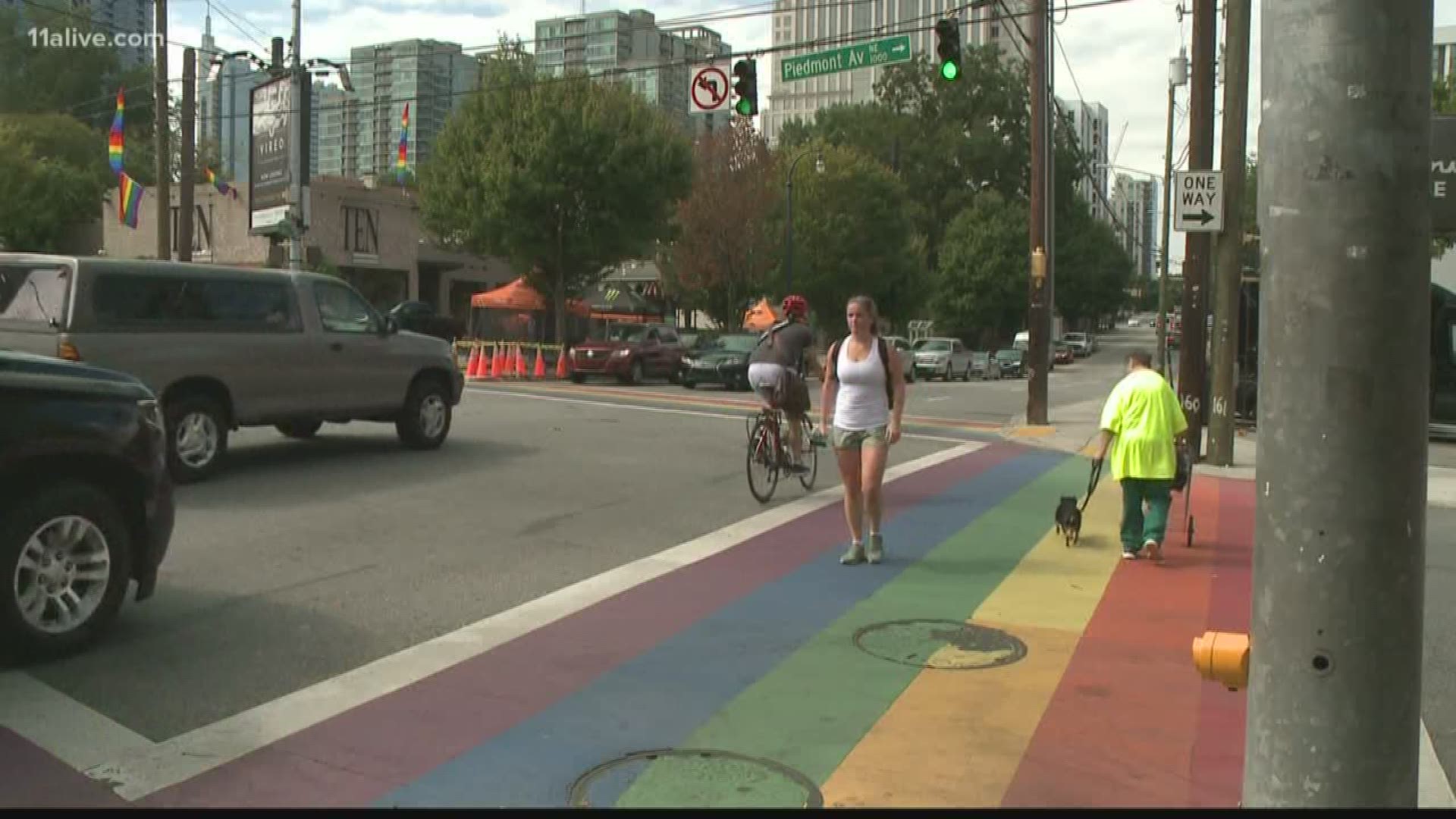 ATLANTA — The city of Atlanta says it will not change its rainbow crosswalks in Midtown, even if the federal government asks it to. The feds have quietly been making such requests to cities over the last four years, according to the New York Times.

Rainbow crosswalks may have some aesthetic, cultural and political value. But the federal government apparently isn’t sold on their safety.

"High traffic area for me," said Justin Henze, who lives three blocks south of the intersection of Piedmont and 10th. That's the site of the city's rainbow-hued quadrilateral crosswalks.

The colors, he says, help him adjust his daily outlook.

"Actually, what I like to do, depending on my mood, is walk on the color that makes me feel best," Henze said.

The crosswalks' primary function is to keep pedestrians separate from the vehicular traffic that can sometimes fly through this midtown intersection.

But federal officials have been quietly telling cities - from Ames, Iowa to Washington, D.C. - that their custom-designed crosswalks make pedestrians harder to see, according to the New York Times.

"I feel pretty safe. The crosswalks are really colorful. So, cars can see when I’m walking by. And I think it’s a cool touch," said Brittney Wilson, who works in the area.

A spokesman for Atlanta’s Mayor Keisha Lance Bottoms said in a statement: “While we have received no such request, Atlanta’s rainbow crosswalk is located on City-owned streets. Much like glitter, the crosswalk is here to stay indefinitely.”

A spokeswoman for the Federal Highway Administration told 11Alive News the feds have no plans at this point to contact Atlanta about its rainbow crosswalk – though they have been in touch with the Georgia Department of Transportation. GDOT is responsible for state highways.

The Federal Highway Administration sent a statement saying, "Safety is FHWA’s priority. While we maintain that traffic control devices need to be uniform, consistent and recognizable, the agency is open to collaborating with state and local jurisdictions that have ideas with the potential to improve roadway safety and performance. We value the long history of partnerships that have led to new innovations based on the ideas originating from stakeholders."