Raphael Warnock's Capitol arrest from 2017 back in spotlight after riots

The Senator-elect from Georgia was praying in protest in the Capitol Rotunda when he was arrested that year. 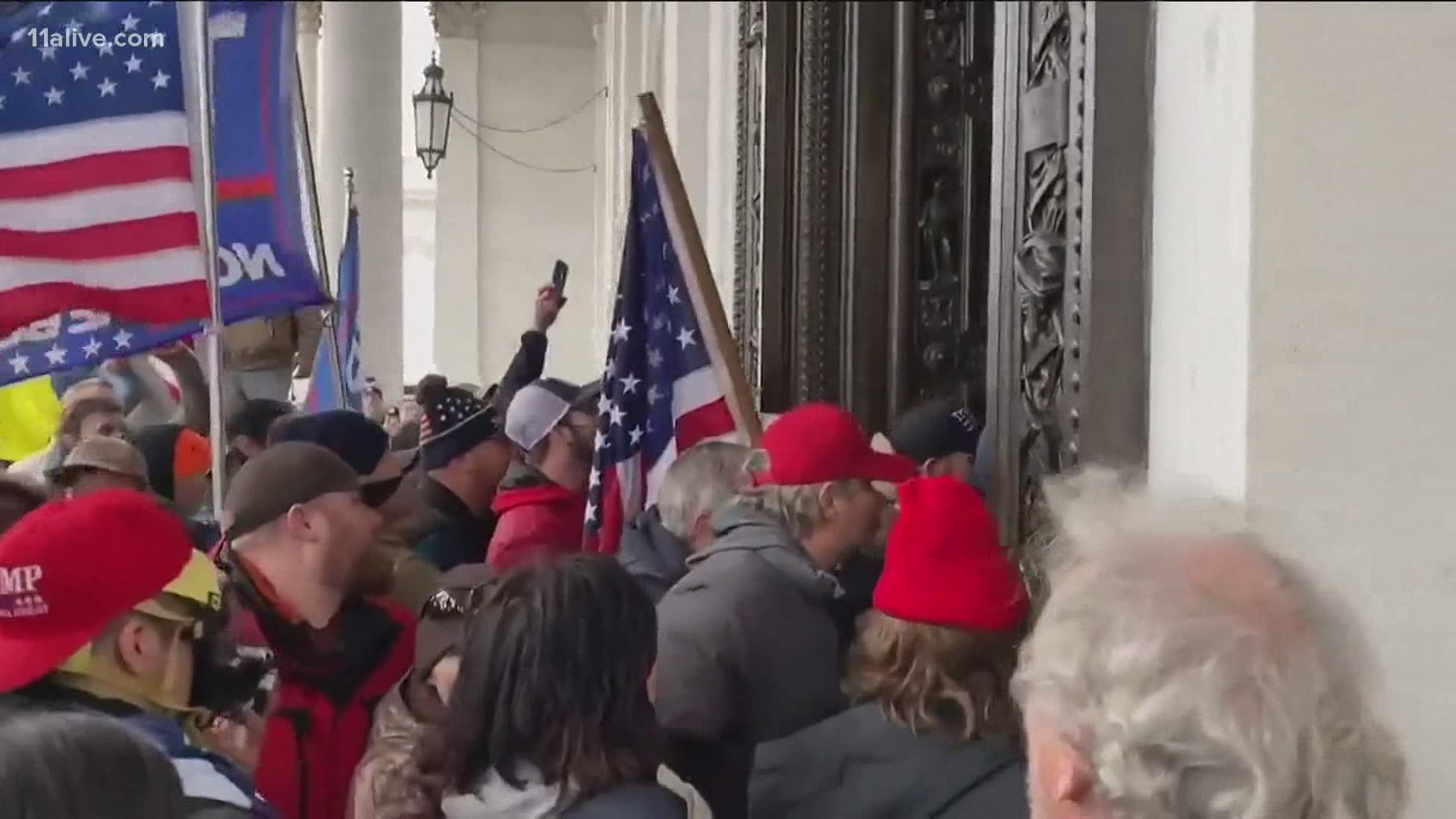 ATLANTA — (editor's note: The above video is an 11Alive report from when Rev. Warnock was arrested at the U.S. Capitol in 2017)

In the wake of a pro-Trump mob's incursion into the U.S. Capitol this week, seemingly without significant resistance from law enforcement in the moment, Senator-elect Raphael Warnock's own experience at the Capitol in 2017 is being re-examined.

Warnock, the Ebenezer Baptist Church pastor, was arrested on the spot when he led a prayer in the Capitol Rotunda that year. He and other religious leaders were protesting healthcare cuts in President Donald Trump's proposed budget.

Those scenes from four years ago - a team of officers standing at the ready around a small group knelt in prayer, then standing them up and arresting them - now stand in stark contrast to the scene at the nation's capital this week.

Capitol Police have been criticized for the response, as rioters walked around the building freely, entering and ransacking the offices of lawmakers, livestreaming it and taking selfies all the while.

"Senator Raphael Warnock was arrested for singing hymns in the rotunda of the Capitol, but the FBI needs our help in identifying the MASKLESS men and women who stormed the same building?" one Twitter user asked, incredulously.

"In 2017 Rev Raphael Warnock was arrested by Capitol police for praying in protest of the GOP’s effort to repeal the ACA. In 2021, the same day Warnock was elected to the Senate, rioters stormed the Capitol. Fair to say the treatment they received was... markedly different," another noted.

At the time, Warnock told 11Alive the protest was about sending the message that, "America must be better."

He issued a statement that said in part:

We came to Washington as voices of healing and justice. America is better than this. That's our message. And when I consider those who will suffer, my getting arrested is a small price to pay.

Warnock was charged with crowding, obstruction and incommoding. He was released after being held for three hours and paid a $50 fine.

In the fallout from Wednesday's events, the top security officials for the Senate and House, the sergeants-at-arms, have resigned, as has the Capitol Police chief.

According to 11Alive's Washington, D.C. sister station WUSA, 83 people have been arrested so far. Those arrests include two men from Georgia. 11Alive is working to learn more information about them.