During the oath Reverend Warnock used the Bible given to him by the congregation of Ebenezer Baptist when he became Senior Pastor of the historic church. 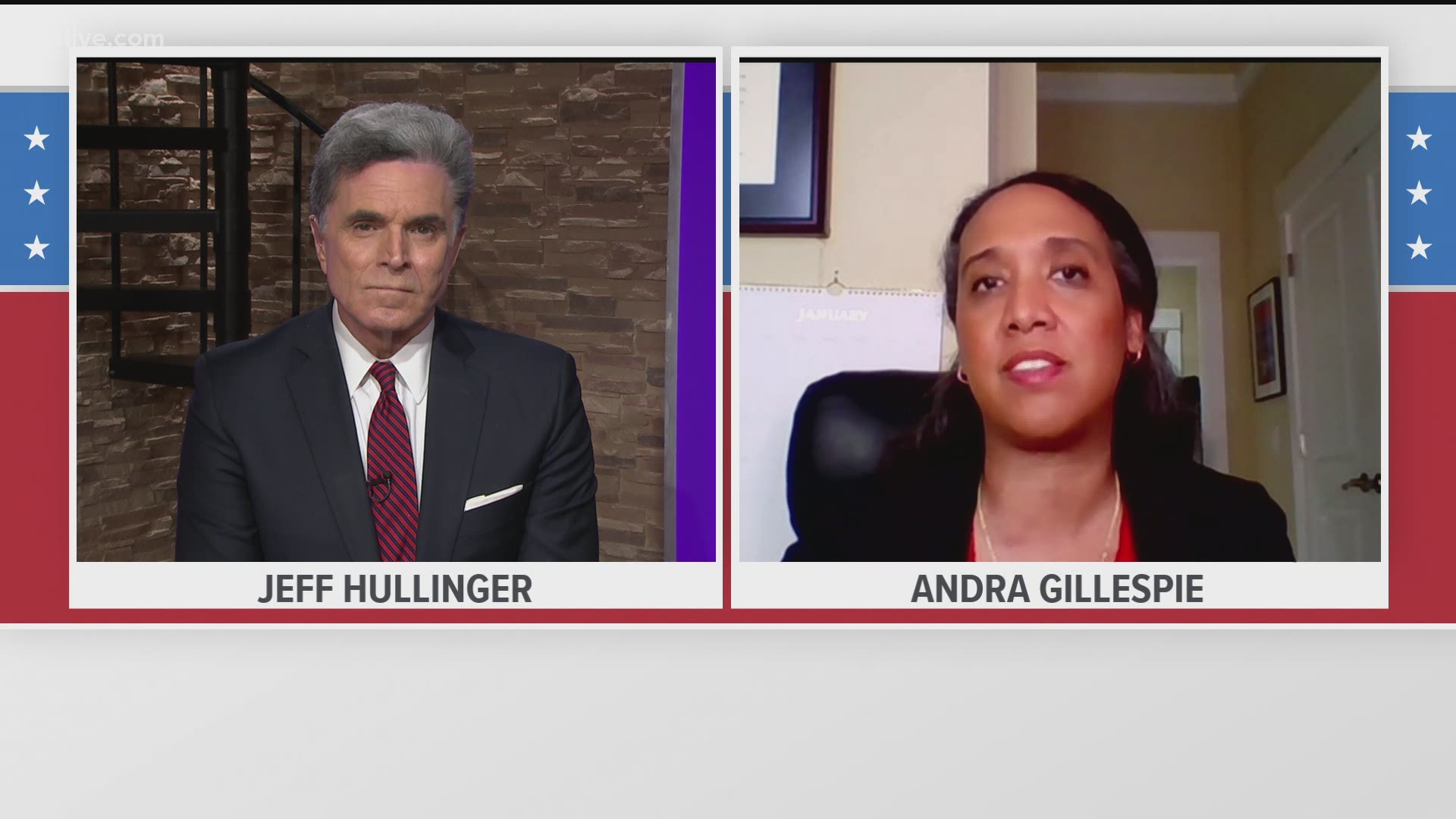 WASHINGTON — On the day Rev. Raphael Warnock took the oath of office, he did so on a Bible displaying his deep ties to his previous position speaking from the pulpit.

RELATED: Jon Ossoff used this text to be sworn into the Senate today

During the oath, Warnock used the Bible given to him by the congregation of Ebenezer Baptist when he became Senior Pastor of the historic church, according to his team.

Warnock, who is Georgia's first Black U.S. senator, and only the 11th in the nation, often acknowledged on the campaign trail the ties between the activism of the Black church and the political push for equality and dignity for all Americans.

RELATED: Raphael Warnock's Capitol arrest from 2017 back in spotlight after riots

In fact, Ebenezer, the church Warnock leads, played a pivotal role in the Civil Rights Movement in Atlanta. Through the era, it served as the backdrop for many speeches and sermons from the Rev. Dr. Martin Luther King, Jr., who once shepherded the church.

It was in that spirit that Warnock wrote in a statement that he was ready to "get work in the Senate on behalf of Georgians and our country.”

"Today, our country’s first Black, woman Vice President swore in ... Georgia’s first Black United States Senator. That this is even possible is a testament to the promise of our democracy and the covenant we share with one another as Americans," Warnock said.

"At this inflection point in our nation’s history, we must also act urgently to protect the dignity of work, expand access to affordable health care, and heal together to ensure Georgia’s hardworking families have what they need to thrive," he added.