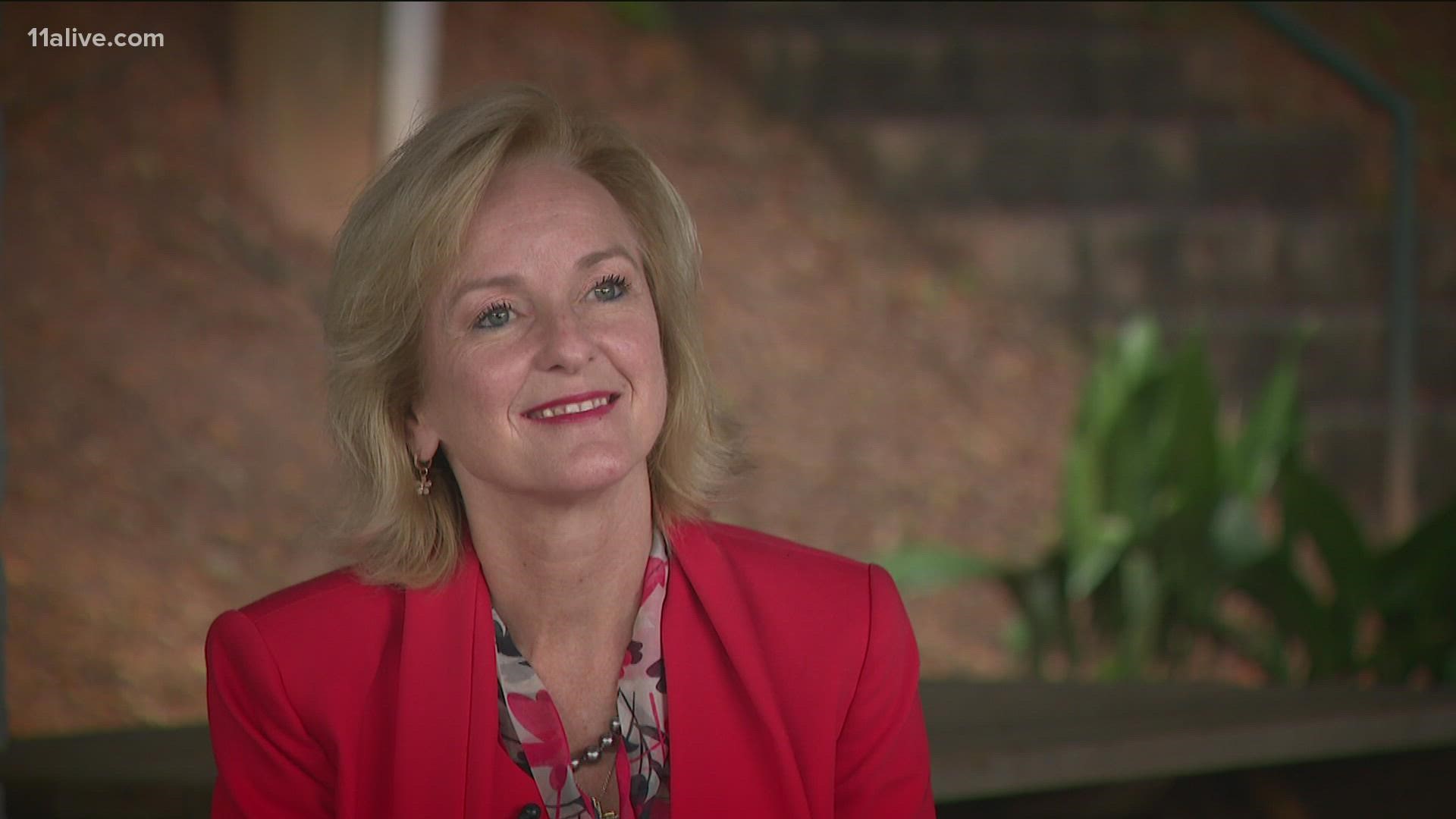 ATLANTA — A mostly unknown candidate for Atlanta mayor made a surprising showing in an 11Alive SurveyUSA Poll released Wednesday.

Rebecca King is a businesswoman from Buckhead who tied for third in the poll – alongside three better-known candidates.

King is the rare mayoral candidate this year who actually lives in Buckhead, a community that has made news for an effort to separate from Atlanta and form its own city.

"I don’t think it solves any problems. I think we need solutions," King told 11Alive News when asked about the separatist movement.

King is a business owner and civic activist who wants Buckhead to stay in the city of Atlanta.

"You're separating but you're not addressing the issue or the problem," King said. "We can change things if we’re working together. We need to stay part of the city."

And King said crime is a top priority requiring a citywide approach.

The 11Alive SurveyUSA Poll showed former mayor Kasim Reed at the top with city council president Felicia Moore behind him. King was among four candidates -- including former mayoral aide Sharon Gay and city council members Andre Dickens and Antonio Brown, who tied for third.  Eight other hopefuls ran behind them.

The top two are nearly certain to get into a late November runoff.

Four years ago, King ran for Buckhead’s 7th district city council seat. Howard Shook beat her by more than two to one.

When asked about that, King said "I think times are different. People are looking for a change. We’ve done the same thing."

Anytime that polls are conducted, there is a statistical margin of error. For this poll, it is plus or minus about 5%, which puts all of the 14 candidates within reach of second place in the mayor’s race. It also signals that the race could go to a runoff.