The GOP-drawn maps are already getting scrutiny. 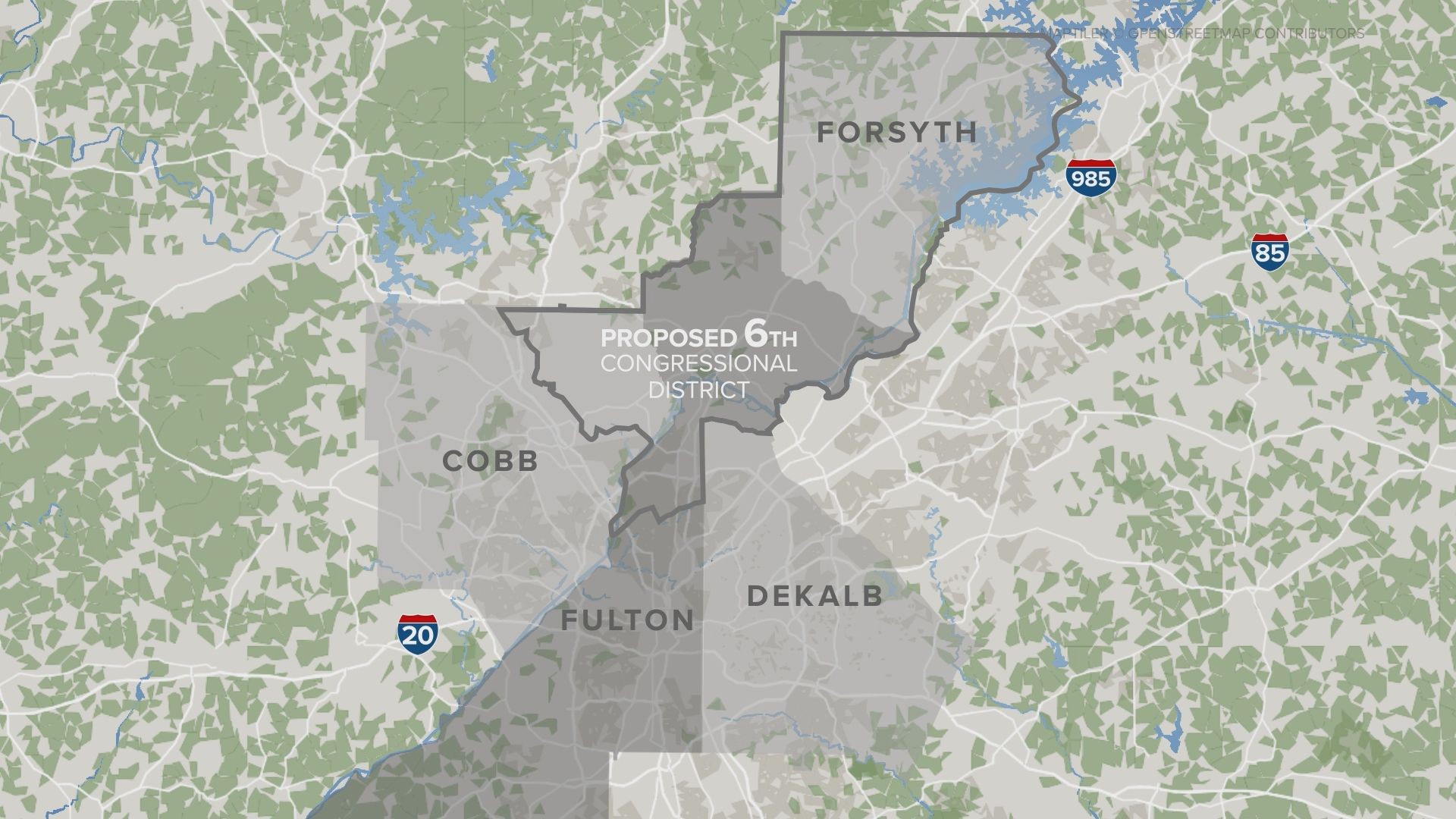 TUCKER, Ga. — Newly drawn congressional districts could reduce the number of Democrats serving in congress from Georgia. The new map comes as a result of the 2020 census and some partisan mapmaking at the state capitol.

A railroad track in downtown Tucker separates Georgia’s sixth and fourth congressional districts. It’s one of the boundaries that would go away under a redistricted map released by Republicans.

Republicans say the new map they’ve produced for all 14 Georgia congressional districts is fair and compact.

The sixth congressional district currently stretches north from these tracks in DeKalb County, toward north Fulton and Cobb counties. The new map remakes the sixth district by adding much of conservative Forsyth County, and removing all of its Democratic-leaning precincts in DeKalb.

It makes districts currently held by Democrats Hank Johnson (GA04) and Carolyn Bourdeaux (GA07) even more Democratic, but puts Democrat Lucy McBath (GA06) at risk of losing her seat to a Republican.

"I do like having Lucy as my Member of Congress," said John Jackson of Brookhaven, which is in the part of DeKalb that would move from McBath’s district into Johnson’s district.

The maps released by Republicans alter all 14 Georgia congressional districts, though McBath’s is the only one that puts an incumbent in a politically hostile district.

Over the summer, Republicans led numerous public hearings on redistricting, but no maps had been drawn at that point.

“Looking at this map, it is obvious that Georgians have been heard and will continue to be heard,” redistricting chairman state Sen. John Kennedy (R-Macon) said in a statement.

"I think that constituents speaking out does make a difference," said Jackson, who leads DeKalb County’s Democratic party.

Jackson says more public input will be at the discretion of the Republicans who are drawing the maps.

"They're going to do whatever they need to do to get the most power. And it can be tough sometimes to get them to listen," Jackson said.

Republicans released their congressional map five weeks before the start of the special legislative session due to start in November. That will give the public plenty of time to submit opinions, however the GOP leadership decides to use it.