The congressman and senate candidate will be speaking in Roswell and Duluth. 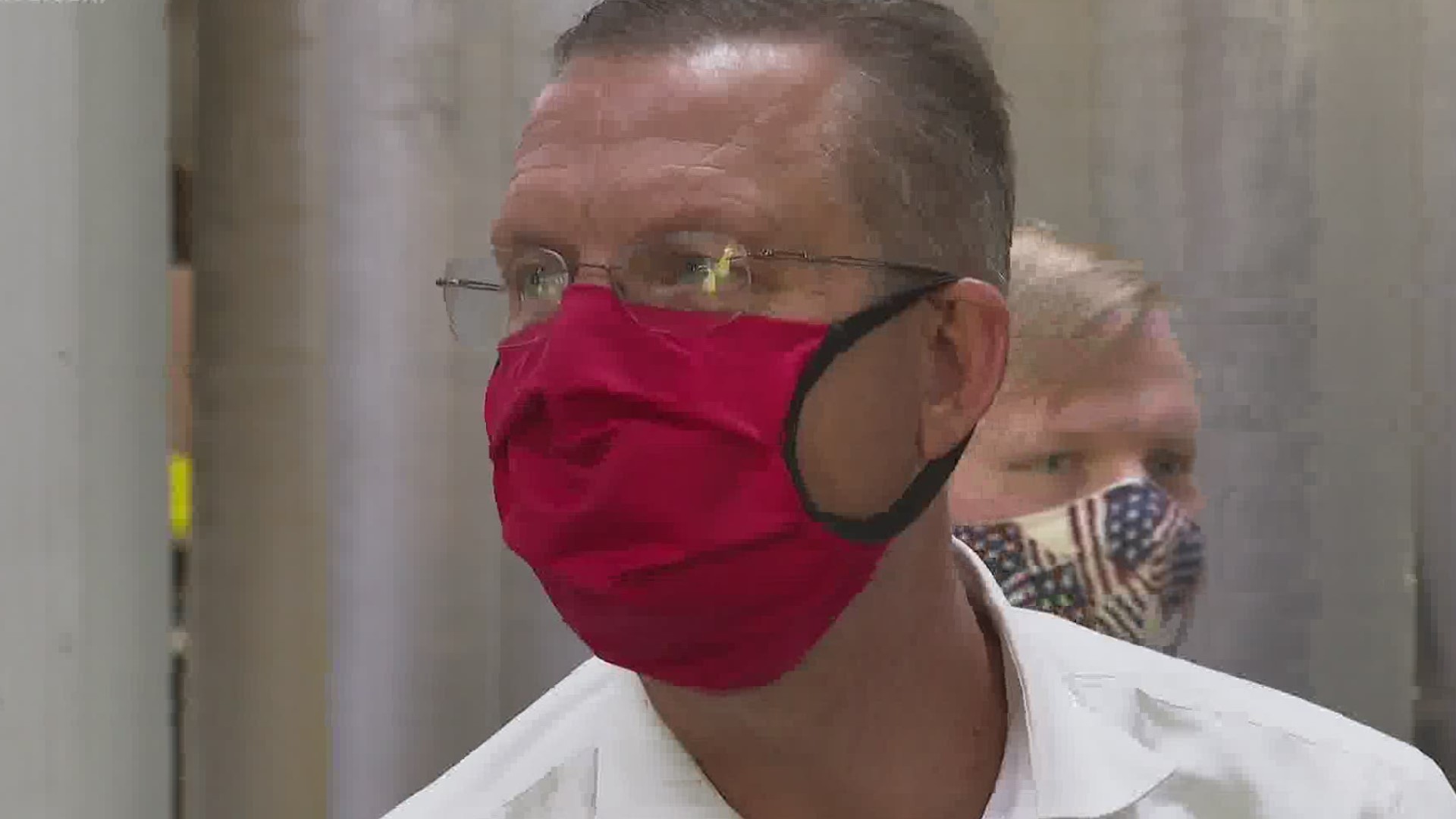 ATLANTA — US Rep. Doug Collins (R - 9th Ga.), who is running for the Senate is speaking before Republican groups in Cobb and Gwinnett counties after picking up some key new endorsements.

He will be speaking with Cobb County Republicans in Roswell before heading over to Duluth for a meeting with the Gwinnett County GOP.

On Thursday, Collins received the endorsement of 13 county sheriffs from across the state of Georgia, joining another 28 sheriffs who had already endorsed the congressman.

Collins has embraced a solid law-and-order platform as seen during his support of the Atlanta Police Union following the murder indictment of former Atlanta Police Officer Garrett Rolfe in the June shooting of Rayshard Brooks.

Collins is locked in a contentious race for the US Senate seat vacated by the retirement of Johnny Isakson last December.

Georgia Gov. Brian Kemp appointed fellow Republican Kelly Loeffler to replace Isakson in the interim, over the objections of President Donald Trump, who publicly backed Collins as his choice to replace the retiring veteran senator.

Under Senate rules, Loeffler is in place until a special election to fill the remainder of Isakson's term. The special, all-comers election coincides with this year's November general election.

This has created a unique situation where both of Georgia's United States Senate seats are up for grabs during the 2020 election cycle.

Ordinarily, due to the six-year terms of U.S. Senators, only one senate seat is up for election during a given election cycle in any particular state.

Along with Collins and Loeffler, two prominent Democrats are in the race -- Rev. Raphael Warnock, pastor of Atlanta's historic Ebenezer Baptist Church and Matt Lieberman, son of former US Senator Joe Lieberman.

In Georgia's other US Senate race. Republican incumbent Senator David Perdue, will take on Democratic nominee Jon Ossoff in the general election.