During the speech, the Democratic representative claimed Trump got into the White House because of a "vigorous resurgence of bigotry, hate, cruelty and ignorance." 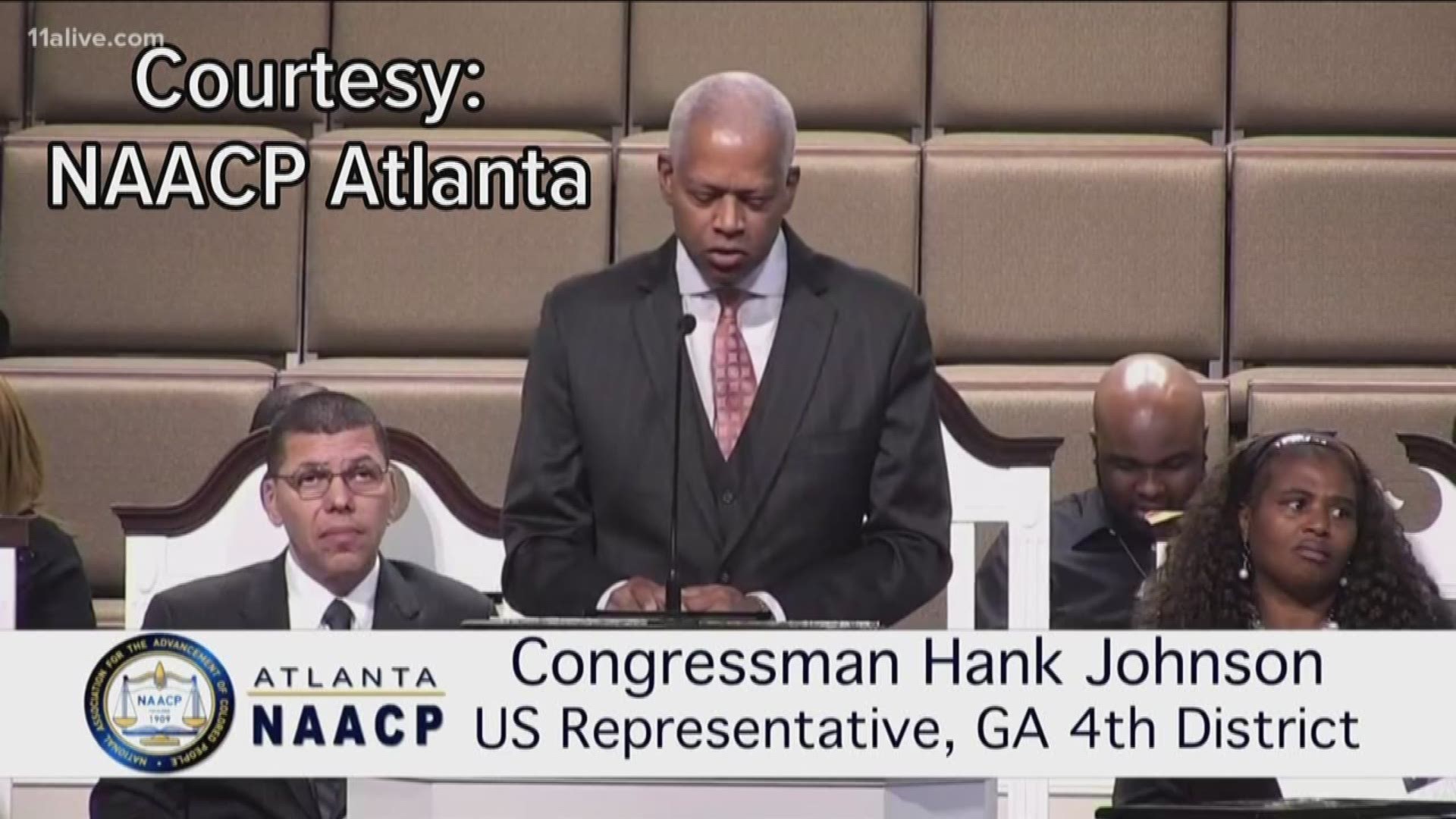 The war of words continues in Washington, with multiple politicians criticizing President Trump in the wake of the government shutdown.

On Wednesday, former candidate for president, Mitt Romney, condemned the President's character in a Washington Post op-ed, writing that the Commander in Chief "has not risen to the mantle of the office."

Closer to home, however, one Georgia Congressman turned up the rhetoric to a whole new level. Rep. Hank Johnson took to the pulpit New Year's Day, where his comments comparing the president to Hitler made serious waves online.

Johnson gave the speech from Friendship Baptist Church in Atlanta for the local NAACP chapter's JUBILEE.

During the speech, the Democratic representative claimed Trump got into the White House because of a "vigorous resurgence of bigotry, hate, cruelty and ignorance."

"Adolf Hitler rose to power to lead Germany in 1932 after Democratic elections," he proclaimed. "He rode a wave of nationalism and anti-Semitism to power. Replace anti-Semitism with 'all Latinos crossing our borders are rapists, drug dealers and murderers.' Does that sound familiar?"

The Congressman went on to call President Trump a threat to Democracy.

"Chaos and confusion rule the day, while lies and deception flourish," Johnson continued.

Since the representative made his comments, the right has overwhelmingly decried them, calling them unacceptable and hateful.

Meanwhile, on the left, many are pointing out that Georgia Sen. David Perdue invoked the Nazi's last fall.

During the Brett Kavanaugh confirmation hearings, Perdue was caught on cell phone video in a confrontation with activists, who had taken to cornering lawmakers in a form of protest. The Georgia senator took to the Senate floor to call out Democrats who he said encouraged those kinds of confrontations.

"This is America, and these are the tactics of the brown shirts in Germany in the 1930s," Perdue said.

He later apologized for his comparisons. Johnson, however, does not appear like he's going to do the same.

Surprisingly, the president has not responded to Congressman Johnson's critique, yet. He did, however, address Romney's criticism, taunting, "I won big, and he didn't."