Gabriel Sterling of the GA Secretary of State’s office said there is still so much misinformation, disinformation about the presidential election in Georgia 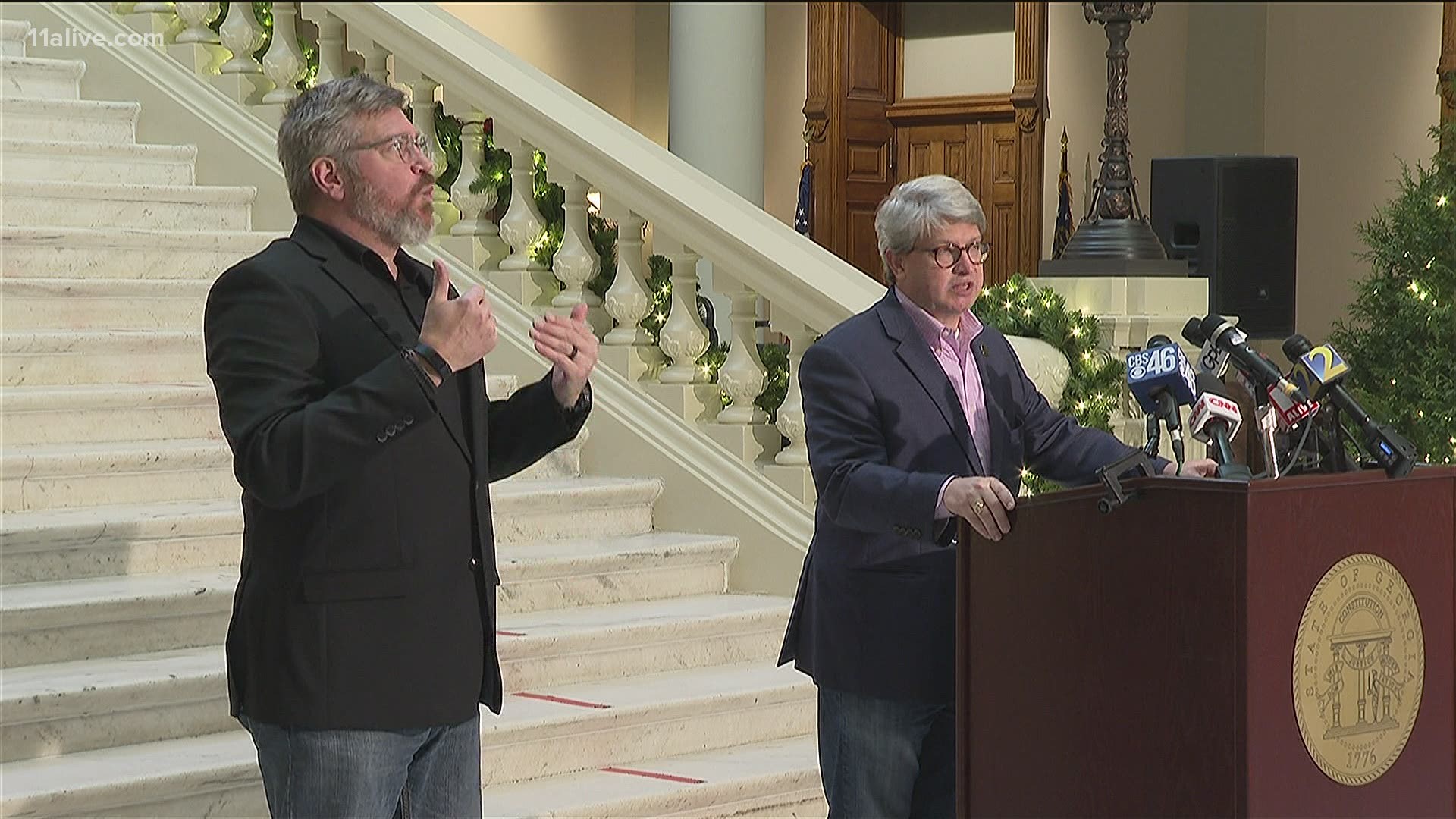 ATLANTA — Georgia’s Secretary of State’s office is urging critics of the presidential election results to stop spreading misinformation and instead provide proof - if they have any - behind their claims.

State investigators are digging into 132 complaints and concerns and questions about the elections process across the state, but they say they have received no evidence of fraud, and have not uncovered any evidence of fraud.

Gabriel Sterling of the Secretary of State’s office said there is still so much disinformation about the presidential election in Georgia.

“It’s being perpetuated by the President of the United States," said Sterling, a Republican, who says he voted for President Trump last month.  "I understand that people (Trump voters) are still emotionally raw" and not wanting to believe he could have lost unless there had been fraud.

Sterling said President Donald Trump’s attorney, Rudy Giuliani, for one, was being irresponsible for repeating allegations of elections fraud that the state has investigated and shown would have been impossible to have occurred.

Giuliani testified Thursday at a State House Committee on possible election fraud in the Atlanta facilities where Fulton County was processing absentee ballots.

"Look at that woman, look at her taking those ballots out," he said. "They look like they're passing out dope," Giuliani added.

Rudy Giuliani to a Georgia House committee on debunked video of Fulton Co. 'suitcases' that were standard ballot containers: "They look like they're passing out dope, not just ballots...your R gov, R lt. gov & your R sec of state persist in continuing in a cover-up of a crime." pic.twitter.com/xQYcR2PU2H

“No one has provided a shred, a scintilla, of evidence" of fraud, Sterling said, or "that signatures weren’t matched. No one. They made the allegation but there’s zero evidence that that’s the case. No one has made anything to say the voting system is in some way not working properly. Let’s keep that in mind. There’s been zero evidence to that effect. None.”

Still, Georgia’s Speaker of the House, David Ralston, said in his own briefing Thursday afternoon at the State Capitol that, with all the elections problems and controversies, Georgia's Secretary of State needs a different boss.

In a response to Speaker Ralston's remarks, Deputy Secretary Jordan Fuchs said what the speaker suggested amounted to a "power grab."

Ralston’s proposal to have the legislature select the Georgia Secretary of State instead of the voters would require an amendment to the Georgia Constitution, and the decision on whether to approve any proposed Constitutional amendment ultimately belongs to Georgia voters.