He could keep the Texas exemption if he becomes an "inhabitant" in Georgia, long enough to qualify to serve in Congress, under vague residency rules the Constitution 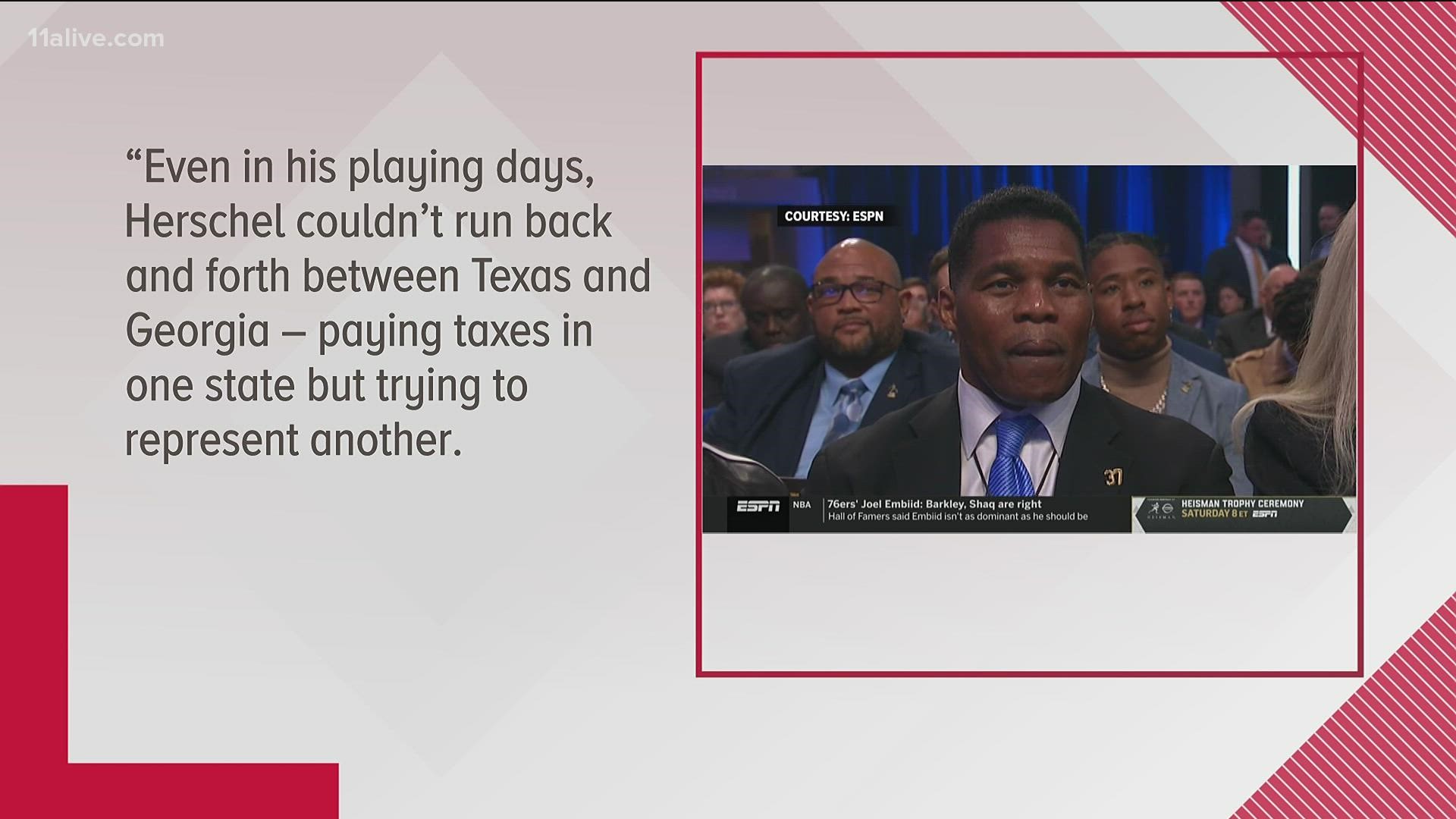 ATLANTA — Herschel Walker, who is weighing a U.S. Senate bid in Georgia, has lived in the same house near Dallas, Texas for the last decade and has declared it his "homestead" for tax purposes.

He could keep the Texas exemption if he becomes an "inhabitant" in Georgia, long enough to qualify to serve in Congress, under the vague residency rules outlined in the U.S. Constitution.

"I’m a product of the state of Georgia," Walker told Fox News in late July, referring to his childhood home and the state in which he won a Heisman Trophy as a college football player.

Tax records show Walker has lived in a gated community northwest of Dallas for 10 years – in a house reportedly with a five car garage now valued at $2.8 million.

Records also show that Walker has taken a homestead exemption there – which is a tax break homeowners can get at their primary residence.

To get the break, "it must be a principal residence," said Dr. Roy Black, who teaches property law at Emory University.  "You can only have one principal residence. Second, third homes don’t count" for the homestead exemption tax break.

Records indicate the homestead exemption on his Texas home saved Walker $1,249 in property taxes last year – and that he was apparently eligible for similar yearly savings over the much of the last decade.

If he runs for the GOP nomination, Walker may need to make a decision about where his home will be.  The U.S. constitution only requires a U.S. Senator “when elected (to) be an inhabitant of that state.”

The vague language could allow Walker to “inhabit” Georgia while still claiming his valuable homestead exemption in Texas.

"You have to pick what is your primary residence," Black said. "Claiming that Georgia is your principal residence would be a lie if it actually wasn’t. it would be a tax dodge."

Running for the senate from Georgia would force the former UGA star into a decision – whether to keep his tax exemption on his home in Texas, or switch to Georgia.

“Even in his playing days, Herschel couldn’t run back and forth between Texas and Georgia – paying taxes in one state but trying to represent another," said Dan McLagan, an aide to Republican Gary Black, who has announced his intention to run for the seat Walker is considering. "If he moves here and starts paying taxes here, we look forward to seeing what ideas he brings to the table.”

We were unable to reach Walker. He has told Fox News that he’ll decide on the senate race when he’s ready – and not before that.