Richard Barron was terminated in a 3-2 vote by the Fulton County Board of Registration and Elections on Tuesday. 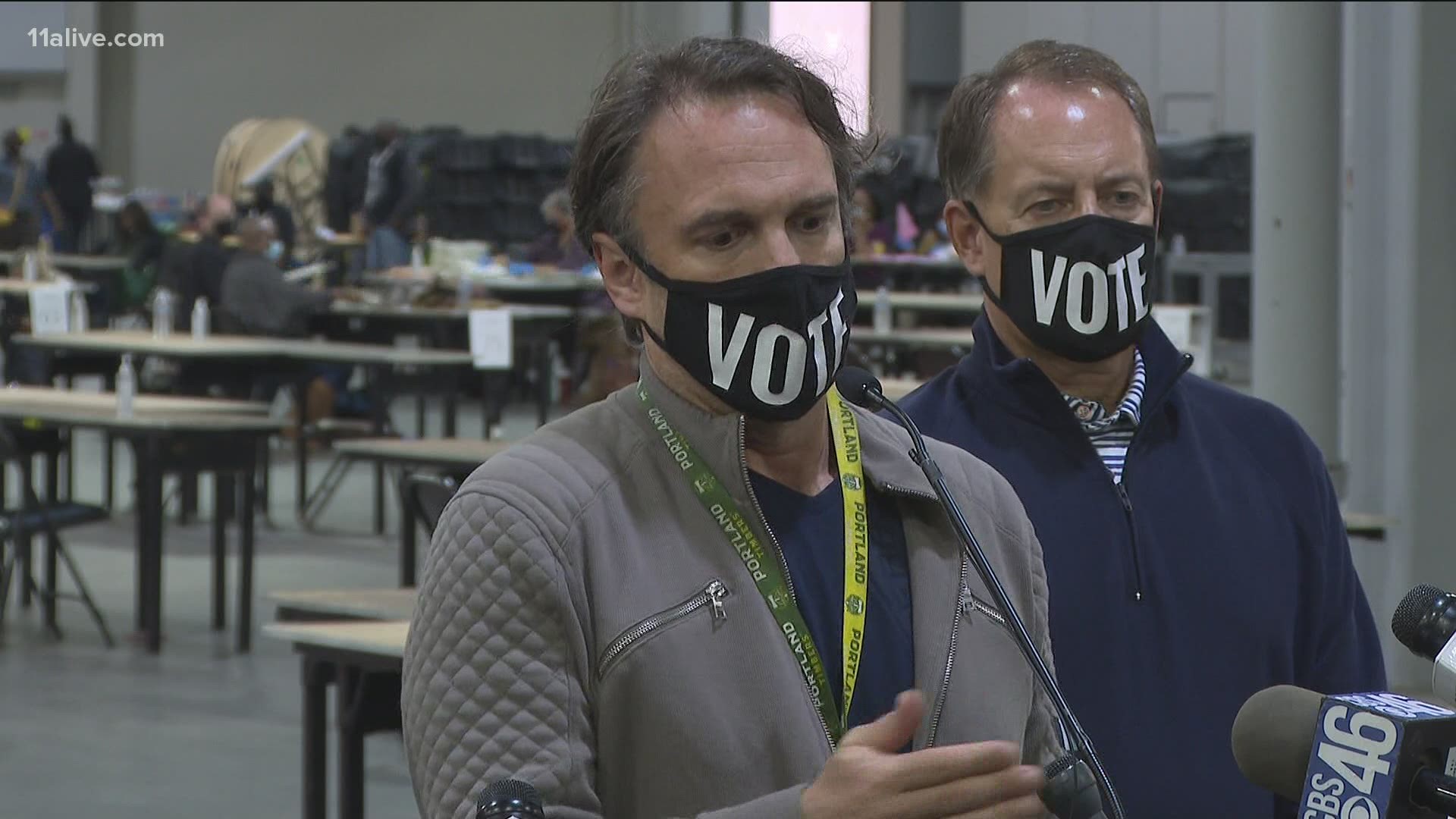 ATLANTA — Fulton County's Board of Registration and Elections on Tuesday voted 3-2 to remove Richard Barron as the county's elections director.

Barron had overseen a remarkably contentious election season last year in the county.

It first became a focus of scrutiny over problematic June primaries and was again in the spotlight during a November election that saw the elections director battling waves of criticism, both from the state on certain matters and from former President Donald Trump's campaign to have Georgia's election results overturned over false claims of fraud.

A similar vote against Barron had been held last week, but was ruled invalid because it was taken in an executive, or private, session.

Tuesday afternoon, Fulton County Board of Commissioner Khadijah Abdur-Rahman said she disagreed with the Board of Registrations and Elections' recommendation to terminate Barron.

"If the recommendation reaches the Board of Commissioners, I will not vote to uphold their request that BOC terminate Mr. Barron," the statement reads in part.

As the Fulton County elections director, Barron became one of the most visible faces throughout Georgia's post-election saga in November and December. It faced criticism over issues regarding election security, staffing and resources and ballot chain of custody.

The now-infamous election night events at State Farm Arena became a centerpiece of former President Donald Trump's false claims that the election had been stolen. It was thoroughly accounted for by state officials, but became a huge strain on the county's election apparatus, with some workers facing harassment and death threats.

A server crashing during the recount also became a flash point as the state said the county "literally ignored the basic instructions and the directions of the vendor."

While the county said it had followed procedures set out by the Secretary of State and Dominion Voting Systems, Gabriel Sterling in the Secretary of State's Office said at the time the county "cut a corner" by using a server that had been meant for testing. Sterling said a Dominion employee told them they couldn't do that because it would crash the server, but they went ahead anyway.

The county wound up having to re-scan ballots, and the Fulton board narrowly recertified results in a 3-2 vote.