'Though we have found no credible evidence of widespread fraud, it is important that individuals can raise their voice when they believe they have seen wrongdoing.' 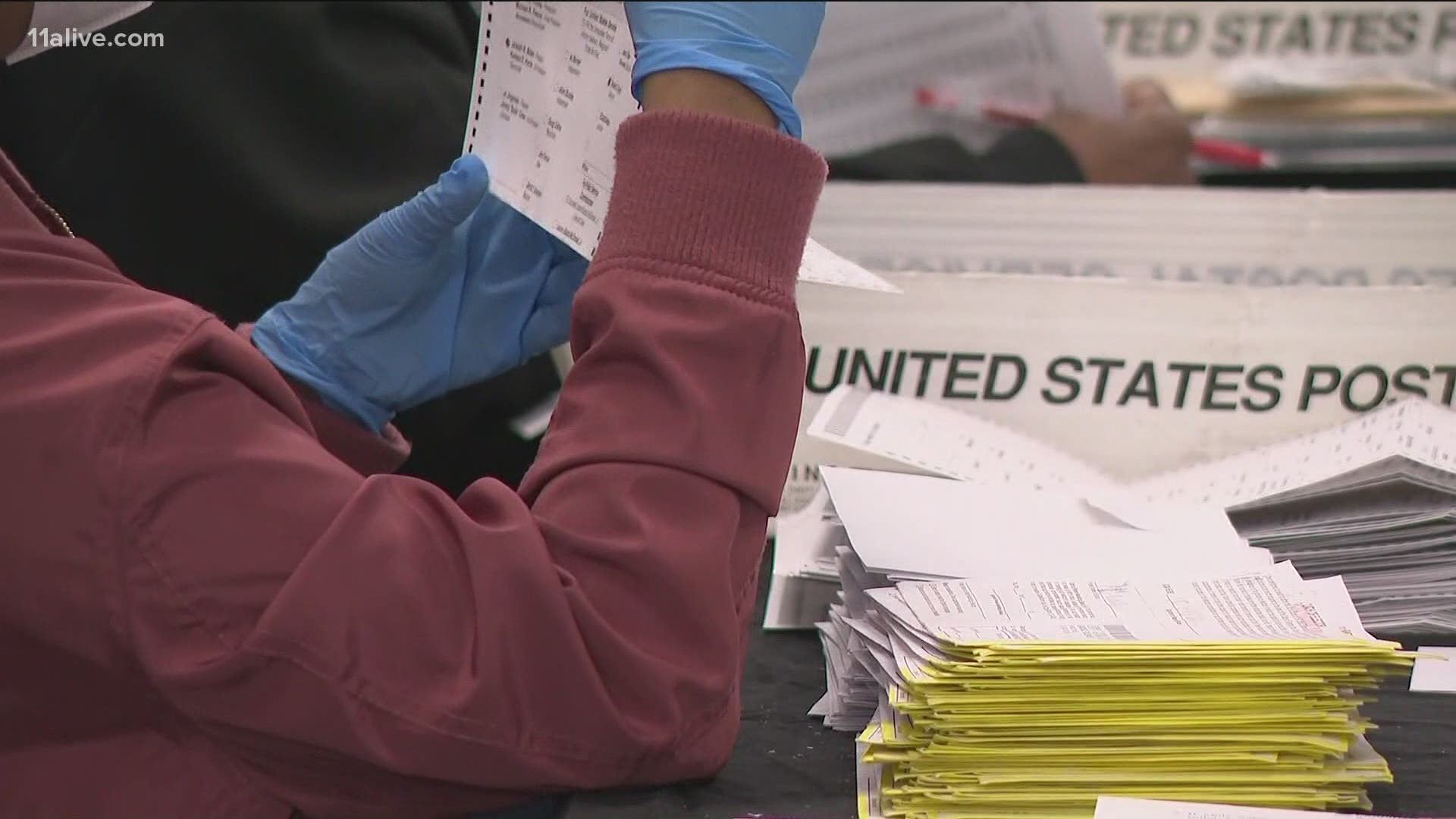 ATLANTA — Georgia Secretary of State Brad Raffensperger issued a statement claiming two Fulton County poll managers were fired "purely for raising concerns" and said he would like to see them rehired.

In a news release Friday, Raffensperger called for the poll managers he claimed were fired, Suzi Voyles and Bridget Thorne, to be allowed to work future elections. They served as poll managers last month and had done so in the past, as well.

The secretary claimed they raised concerns about the execution of the election. He said it's important for Georgians to feel they can speak up if they feel they've seen any wrongdoings.

“I condemn in the strongest terms the decision by Fulton County elections officials to fire two poll managers purely for raising concerns about the November elections,” said Raffensperger in the statement.

“Though we have found no credible evidence of widespread fraud, it is important that individuals can raise their voice when they believe they have seen wrongdoing. Retribution against whistleblowers poses a threat to the continued strength and vibrancy of our democracy," he added.

Bridget Thorne believes she got the letter firing her because she raised concerns in early December about the election’s security and organization.

“There was no chain of custody. There was no oath taken,” Thorne said. “Ballots were left unattended. People would just go and take a break.”

Thorne also made similar accusations in a YouTube video and during an interview on Fox and Friends.

Despite multiple hearings, accusations and lawsuits over Georgia’s election, there has been no proof or evidence of widespread voter fraud.

Thorne said she did not see any fraud, but is more concerned about what she calls a lack of security.

“There were just too many issues. The organization I could go with it was not very strictly carried out but the security - there was none,” said Voyles.

11Alive reached out to Fulton County election officials for a statement regarding Raffensperger's comments. We are waiting for a response.

Meanwhile, Fulton County commissioners issued a joint statement saying they are "deeply disturbed" by the elections board's decision to fire the workers.

"The timing of their terminations is highly suspect and creates a distinct impression of retaliatory treatment," the commissioners said in a statement. "We jointly urge the Board of Elections to fully investigate the actions of Director Richard Barron and his staff that were involved in these decisions and to take action as appropriate.

"The integrity and transparency are of utmost importance in Fulton County Elections. We will continue to support the efforts of the Department to provide results in which voter confidence and trust is assured."

Raffensperger's office said it is looking into more than 250 investigations regarding elections this year - with the majority of them being related to the November elections. The Georgia Bureau of Investigation is aiding with the probe.

Editor's note: This story was updated Dec. 21 to include the statement from the Fulton County Commissioners. 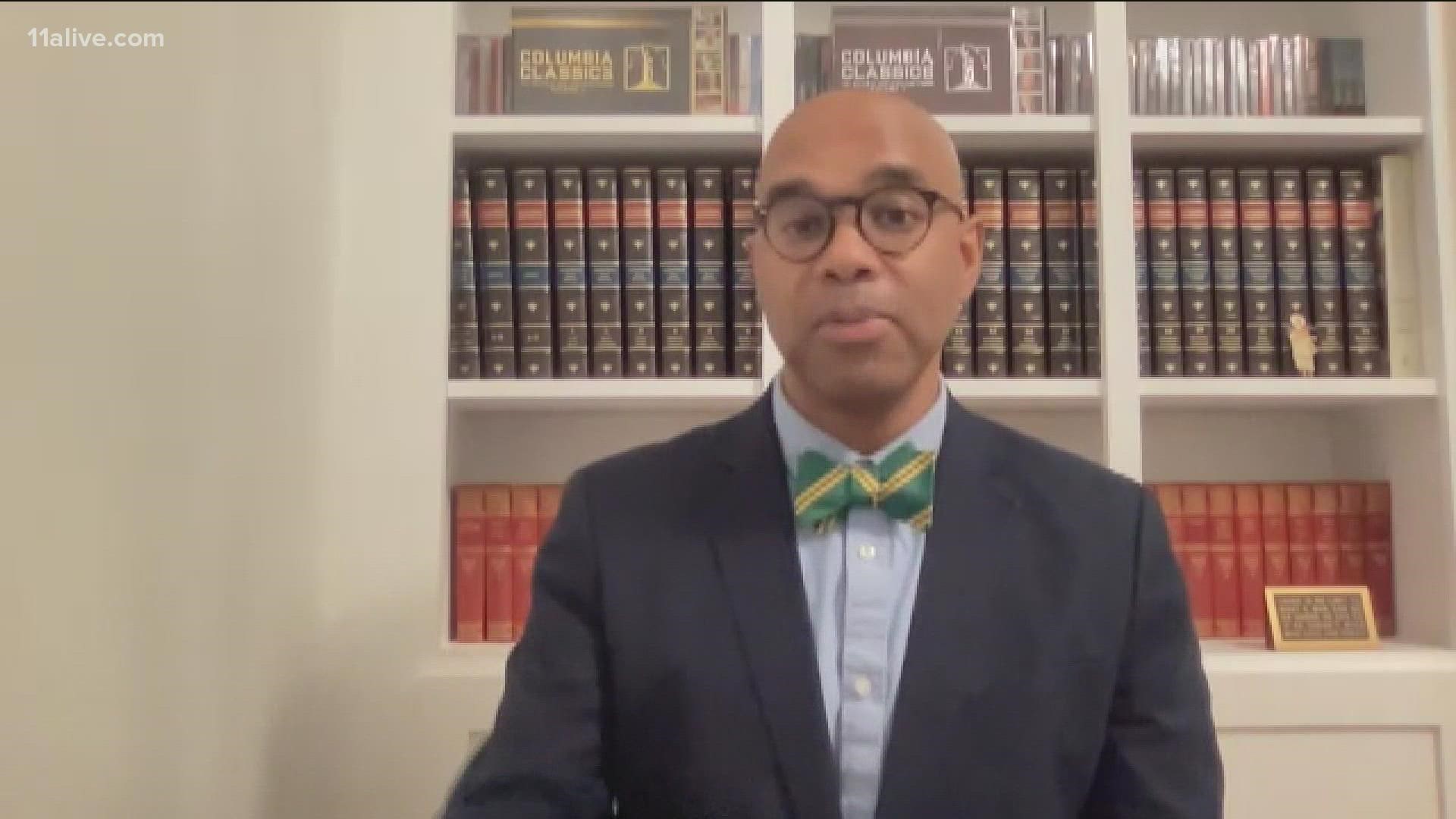 Why Guy | Texts and calls from Atlanta mayoral candidates