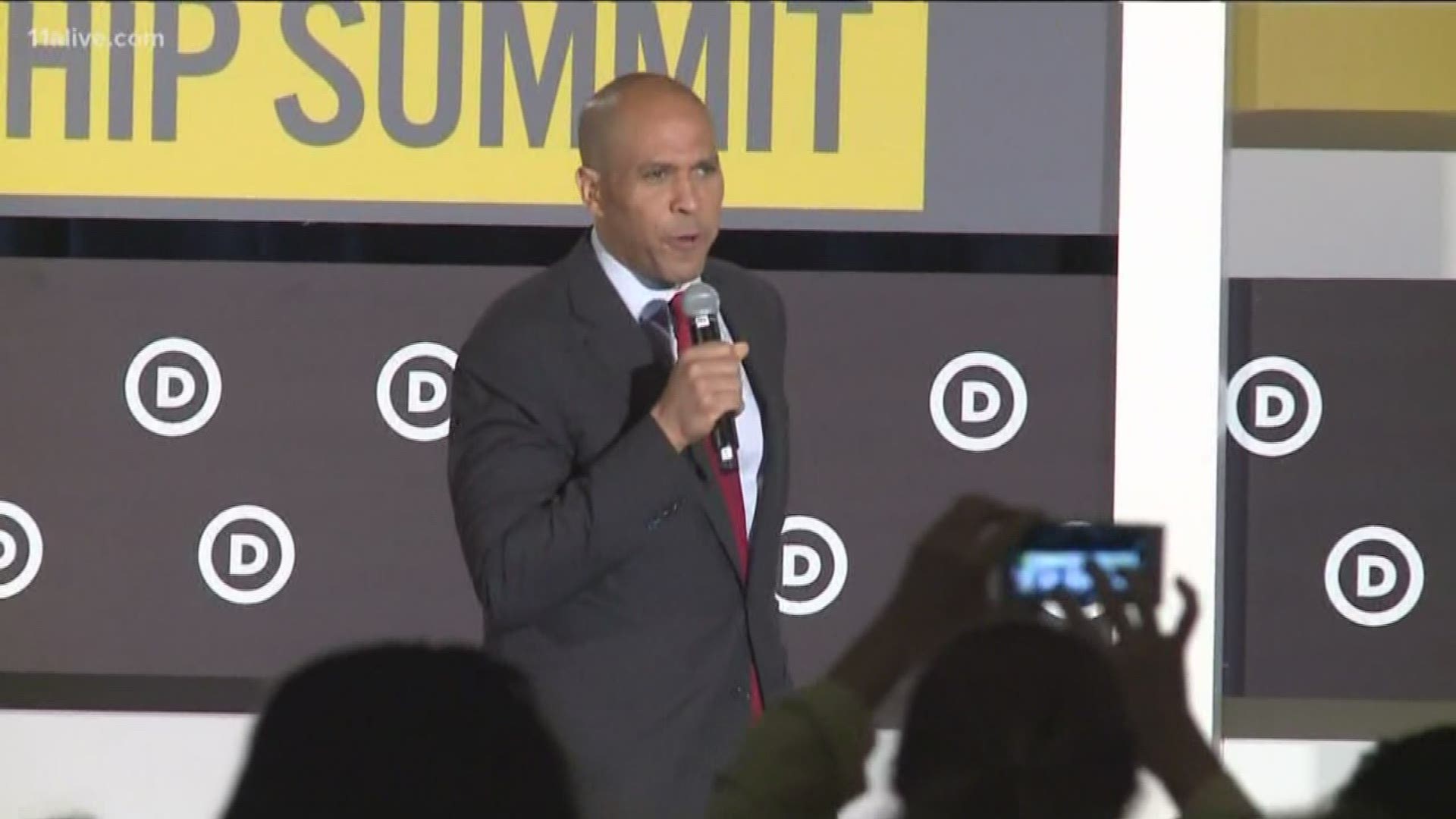 This was in conjunction with the "I Will Vote" fundraiser that was held Thursday evening.

After leaving the stage, Senator Booker spoke to reporters about the recent changes in abortion laws in some states.

RELATED: Who is Cory Booker?

“If you want to empower women, if you want to lower rates of abortion and unwanted pregnancies, do not attack women," Booker urged. "Empower them by giving them better access to contraceptive care.”

He insisted the Democratic effort can't just be focused on beating President Trump.

“If my red state of Indiana could go blue in 2008, then Georgia can absolutely in 2020 and beyond," Buttigieg said.

RELATED: Who is Pete Buttigieg?

While speaking with the press, Buttigieg complemented former Georgia Gubernatorial candidate Stacy Abrams for her efforts to correct what they believe was voter suppression.

“She should be the governor," he said. "I think her call for us to pay attention to our democracy has inspired and motivated a lot of what I’m talking about in this campaign."

“Her courage and standing up for a more democratic Georgia is something that I think is engaging people across the country," Buttigieg added.

Both Senator Booker and Mayor Buttigieg have qualified for the Democratic Primary debate taking place later this month in Miami. Right now, there are more candidates than debate slots.

Who is running for president in 2020 so far?