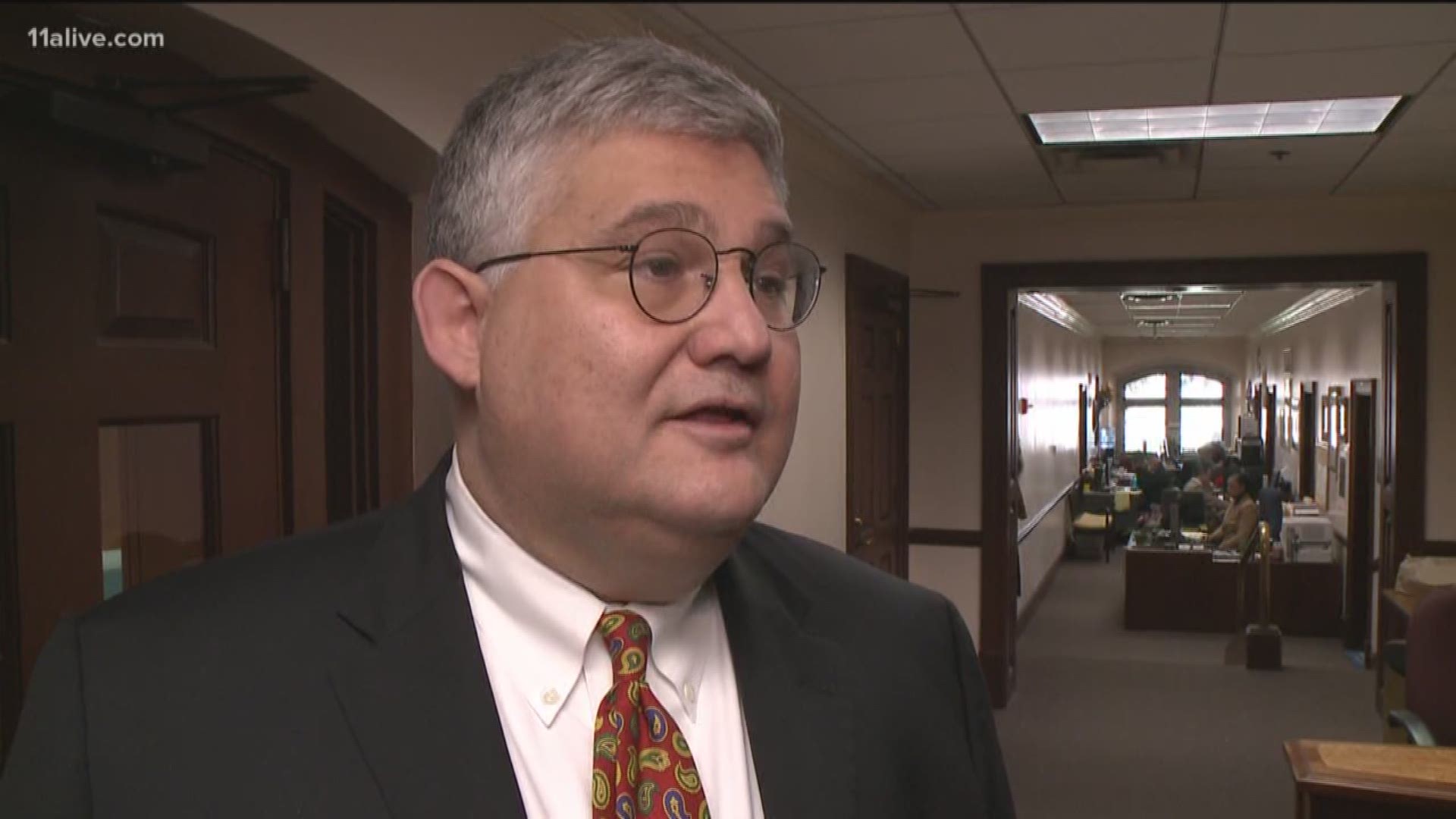 ATLANTA - State Sen. David Shafer, who qualified this week to become Georgia's first new lieutenant governor in more than a decade, is the target of an unspecified sexual harassment complaint.

On Friday, Shafer's office issued a statement denying the accusation:

"For the better part of 20 years, my family and I have devoted ourselves to serving the people of Georgia, but there is an ugly and revolting underbelly of politics, and this deceitful allegation is an example of that. This false complaint is about politics, not the truth, and that's why it is no coincidence that it was filed the day after I qualified to run for lieutenant governor.

"I welcome the investigation and will cooperate fully because it will show categorically that there is no truth to [her] ridiculous claims and that she is a 15-minute, attention-seeking wannabe trying to settle an old score."

The lobbyist who made the complaint has been registered to work at the capitol for the last 12 years. Shafer says he and the lobbyist dated briefly 24 years ago.

"It’s an absolute lie," shafer said. "There is no truth to it at all. This is about politics. I welcome the investigation and I know that my name will be cleared."

Shafer also released three affadavits from coworkers who knew him and the lobbyist, affadavits that say Shafer carefully avoided the lobbyist because, as one affadvit said, she had a bad reputation.

"In the seven and a half years I've known David, both as a colleague in the state legislature and as a friend, he has always conducted himself with the utmost honor, integrity and respect towards me and other women I know. These baseless accusations are inconsistent with the David I know; and for the sake of my friend and his family, I look forward to a speedy resolution clearing his name."

"As candidate for Lieutenant Governor, I promise a new day in Georgia’s Gold Dome- one that delivers accountability for all abusers of the public trust. If elected, I promise that I will take the issue of sexual harassment seriously.

“Under my watch, I pledge to make all accusations and proceedings regarding sexual harassment fulsome and transparent. Georgians have a right to know that their government handles these accusations and settlements in a responsible manner

“Finally, I will pledge to do everything in my power as the next Lt. Governor to make sure that no taxpayer dollars are used to settle sexual harassment claims against elected officials.

“We cannot have state lawmakers rely on our taxpayers to relieve them of their inexcusable behavior.”

“As a mom, a wife, and a business executive, I take sexual harassment seriously, and I’ll make certain that your state lawmakers will too.”

This story continues to develop.