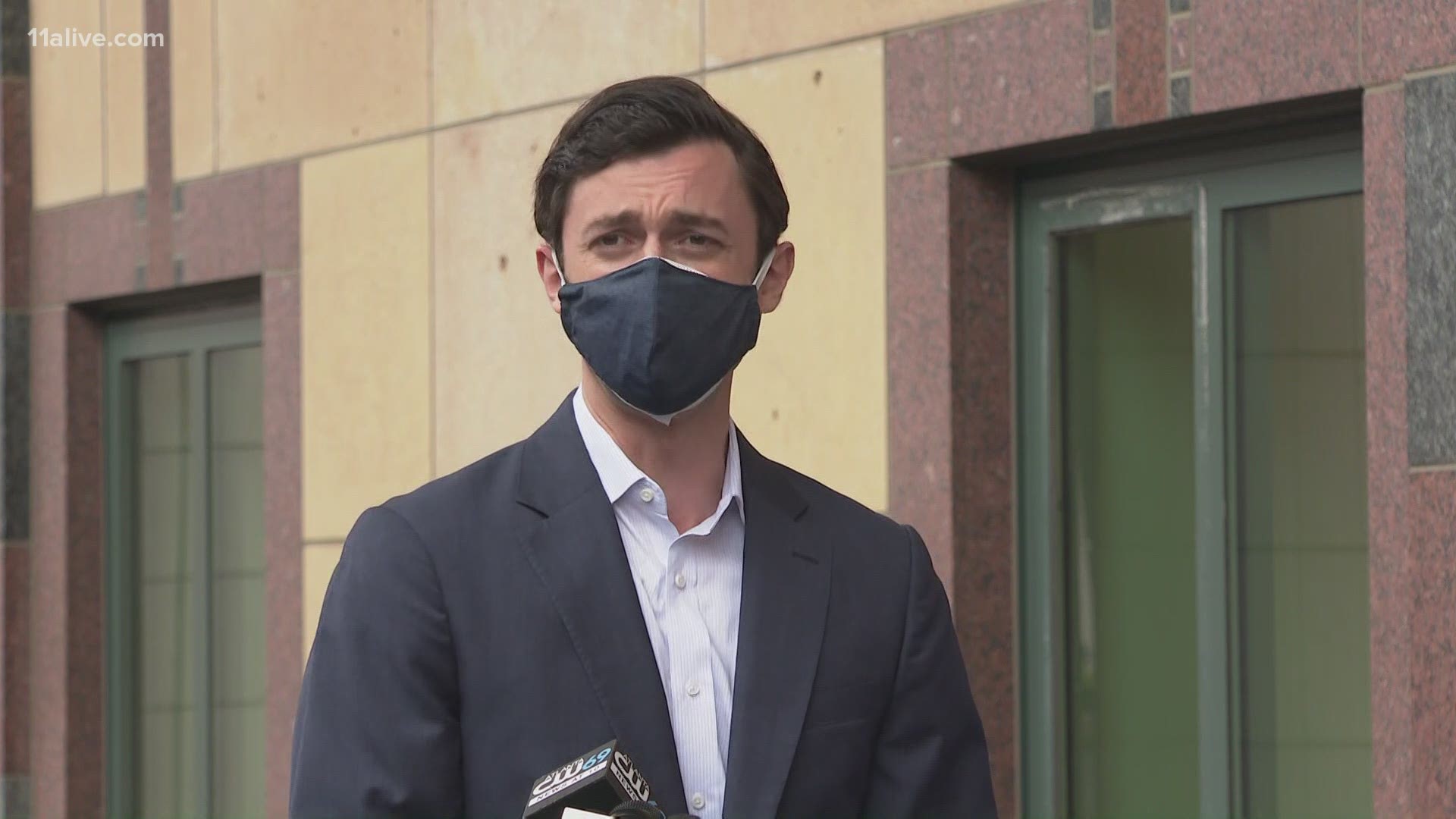 Georgia's newly-elected senator discussed the COVID-19 response after touring the hospital. He specifically discussed his and Senator Warnock's "efforts in the Senate to secure more support for hospitals across the state."

The aid would come on top of the $900 billion coronavirus package that Congress passed in December and the $2.2 trillion package passed in March. Here is a deeper look at the plan.

Ossoff said the bill in its current form would deliver $8,200 for a family of four in Georgia. He said he's been working alongside Sen. Rev. Warnock to make sure everyone in the Senate "understands how vital it is that the people get the relief that they need."

He also listed a few additional things Warnock and he are working on as "priorities" such as Medicaid expansion.

"Medicaid expansion will help more Georgia families," Ossoff said. "It will also help sustain hospitals like this one."

The senator also went to East Point on Thursday for an afternoon visit to the Atlanta Community Food Bank. It is part of a regional tour he is conducting that will also take him to Fort Gordon outside Augusta.

Another local leader, Atlanta Mayor Keisha Lance Bottom,  said it was "nice to be heard" on Friday after she attended a meeting with a handful of other mayors and governors with President Joe Biden at the White House.

The new president's receptiveness to input over the nation's COVID-19 strategy, Mayor Bottoms said, "was a welcome change from the last administration."