The Republican also says partisanship is fatal to the gun debate. 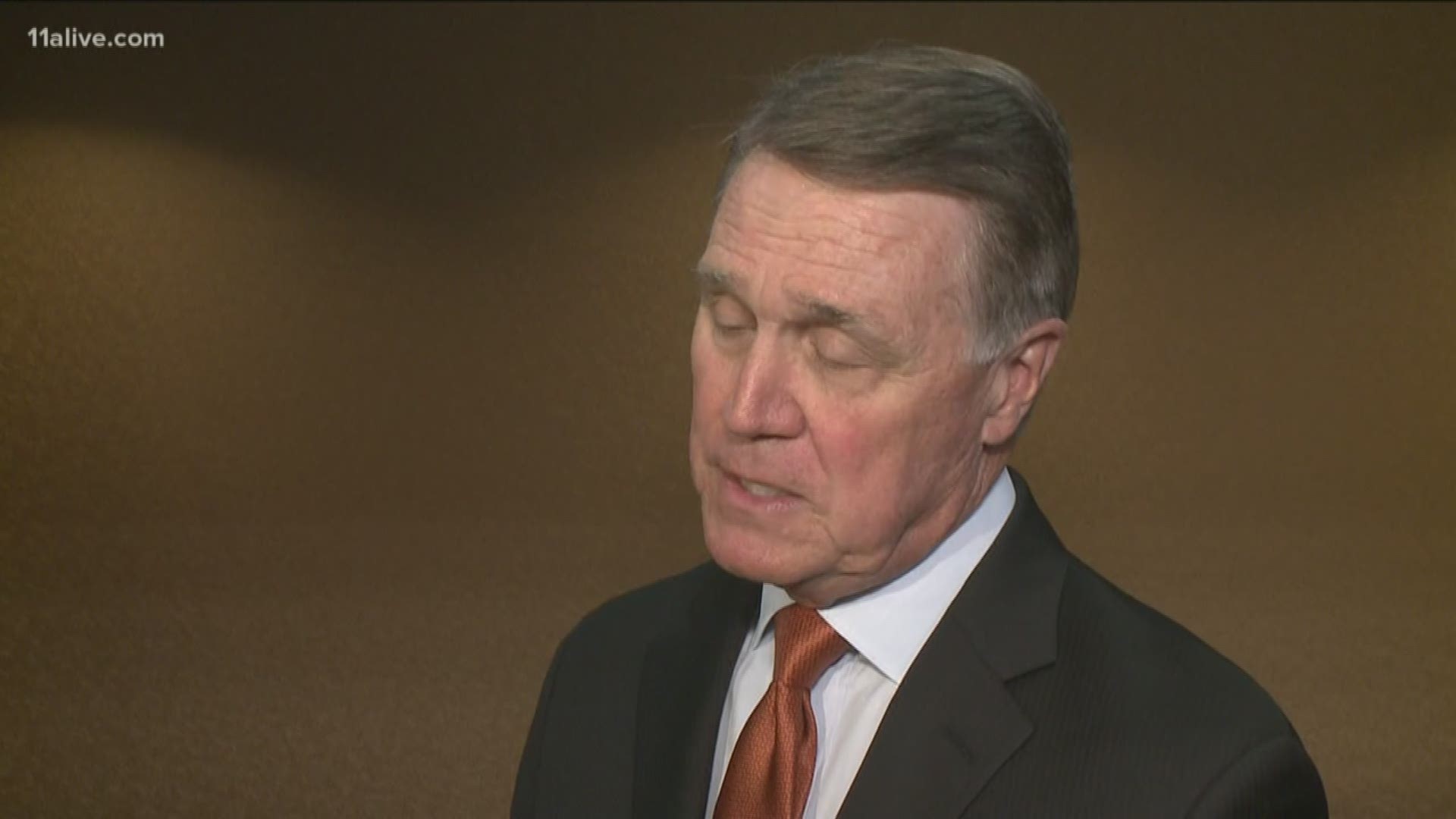 "Both political parties are responsible for this (impasse)," Perdue said, following a speech to the Atlanta Kiwanis Club. "Career politicians haven’t moved on this for decades. And yet we still have events."

The events to which Sen. Perdue referring to are the mass murders by gunmen last weekend in El Paso, Texas and Dayton, Ohio.

Perdue says he wants the political parties to work together on gun laws. Yet he says he will support a Republican bill on background checks – not a background check bill passed by the Democrat-led House of Representatives.

And he says "isolated" mass murders won’t shake his commitment to gun rights.

"Quite frankly, in a free democracy like we have today, you run the risk of having things like this. That’s why we have legislators to try to deal with this in a bipartisan way," he said. "The thing that’s missing on this issue is really both sides trying to work on it in a bipartisan way."

Perdue’s commitment to gun rights helped elect him to the US Senate in 2014 and will remain a theme when he runs for re-election next year. Two Democrats, former Columbus Mayor Teresa Tomlinson and Clarkston Mayor Ted Terry, are vying to face him.

"The House Bill sponsored by Georgia’s own Congresswoman Lucy McBath should be brought to the floor of the Senate and should be passed," Tomlinson said in a statement.

In a text message, Terry said the bill "would give local law enforcement the proactive measures to try and prevent gun violence."

Asked about the Democrat-backed bill, Perdue said "there are parts of it that I disagree with, but I think for the most part having a more stringent background check is fine."

The Center for Responsive politics says Sen. Perdue has gotten $34,600 in campaign contributions from gun rights groups. By contrast, Georgia Democrats in Congress have gotten $21,741 combined from gun control groups.