The bill would create a statewide standard for state, county and police agencies to pursue a suspect. 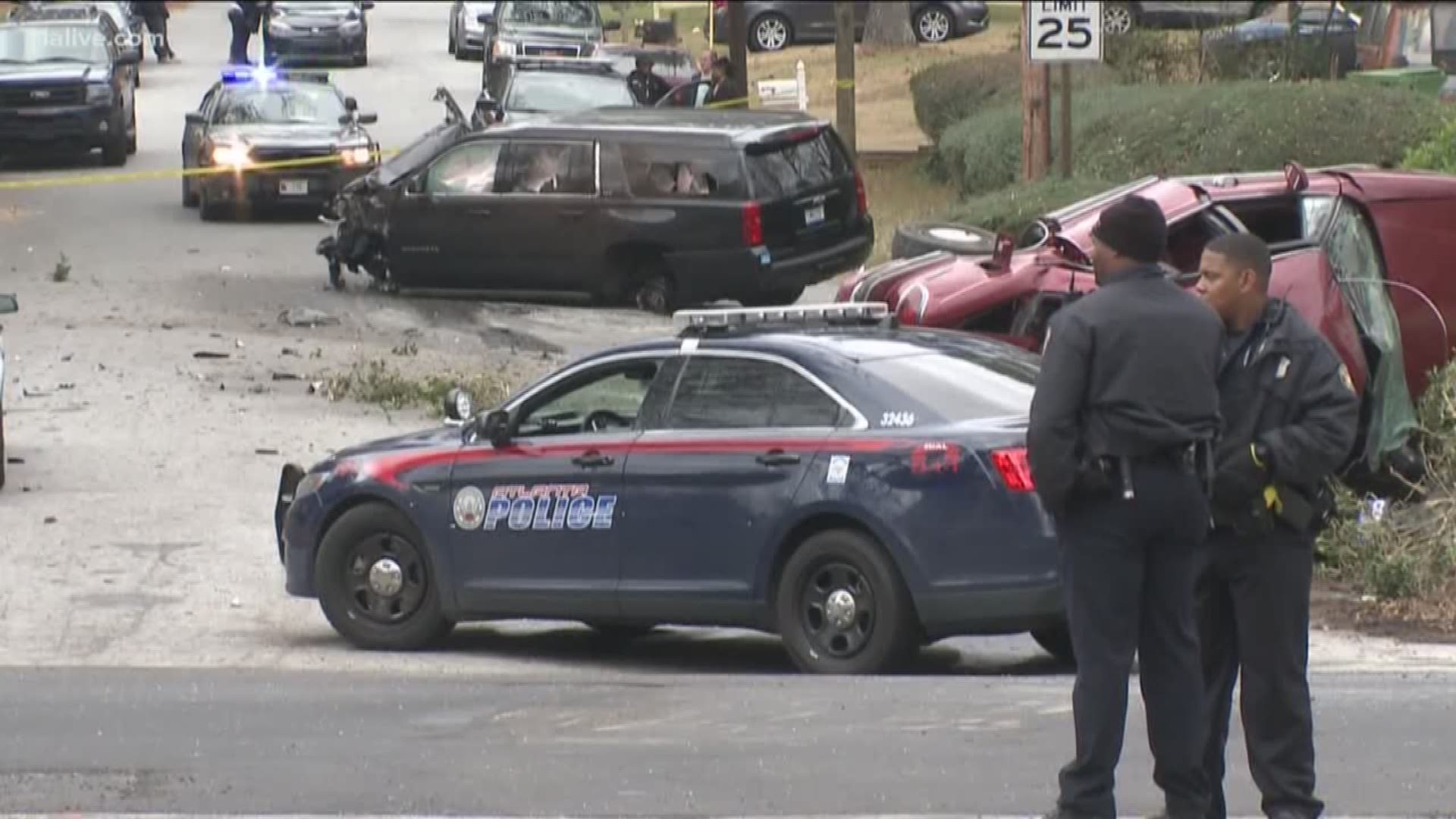 ATLANTA — A bill introduced in the Georgia legislature could change police pursuit policies statewide. A few weeks ago, Sen. Gail Davenport (D-Jonesboro) introduced Senate Bill 63, which would make it illegal for police to chase someone unless they believed the suspect had committed or was in the process of committing certain crimes.

That means, in order to purse a suspect, the officer would need to have probable cause that the person committed a crime such as murder, armed robbery or kidnapping.

This comes after a South Fulton police officer crashed into a van while chasing another car, killing three people in Nov. 2018. South Fulton's police chief said he rewrote the pursuit policy shortly after taking office in September, "which was nearly two months prior to the incident occurring."

But it wasn't vetted, approved and implemented until Nov. 27 -- 16 days after the deadly accident. One of the biggest change in the policy: South Fulton police officers are now prohibited from chasing stolen vehicles.

But it's unclear whether that would've stopped the South Fulton officer from pursuing that stolen Mercedes-Benz.

This week, a grandmother and two little children were remembered on the date marking their deaths three years ago. They were killed by a suspect trying to elude police who crashed into their car in College Park.

"Still heartbreak," said Joi Partridge, the children's mother. "I miss them every day."

The family's lawsuit against College Park police and Atlanta police is still not resolved. They're accusing the officers of violating their own departments' chase policies which, the family said, resulted in the suspect speeding through a residential neighborhood and killing three innocent victims.

Those departments did not immediately respond to requests for comment.

There is no word yet when the bill would come up for a vote.